Eating at At.mosphere in Dubai - the world's tallest restaurant

Dubai is a city of realized hyperbole. It has the tallest building in the world, man-made islands shaped like the world’s continents, and a restaurant high high above the towering skyscrapers below. At.mosphere, a restaurant in Dubai’s towering Burj Khalifa, provides a dining experience with a view reminiscent of glancing out the window of a plane. It is preposterously thrilling to savor a plate of foie gras 122 floors above what appears to be the world’s largest game of Sim City developing below, spreading out into open desert.

Reaching At.mosphere involves a few steps absent from most dining arrangements. First, one must enter the tallest building in the world, approach a sleek metal elevator, and make a very important choice that is really no choice at all. Only one option exists in the elevator – floor 123. With no stops to make on the way up, the elevator travels with a speedy transcendence that feels just a few technological steps removed from teleportation – 33 feet per second. In the time it takes a middle school graduate to read this paragraph, the doors swing open to reveal a spiral staircase leading to the restaurant one floor below.

The Burj AL Arab is okay by me 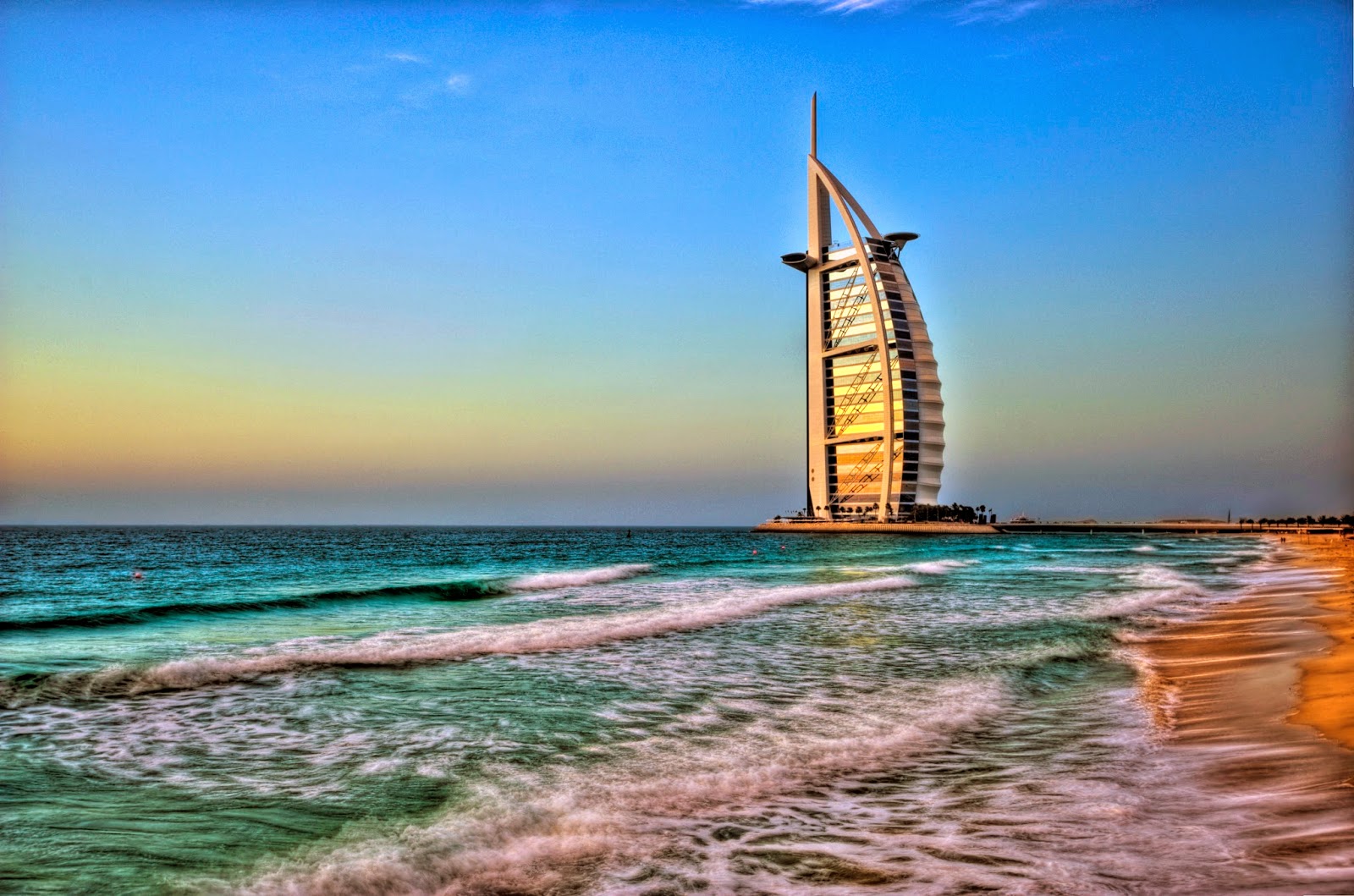 Long before Dubai began showing up at the bottom of fashion advertisements along with Paris, New York, and Tokyo, it was all sand and ambition. It was once simply desert and an idea. An “if you build it, they will come” on the most massive scale. Build it, they did.

As the years piled on, Dubai transformed. The skyscrapers grew like weeds in an untended lawn. Any doubt that the city was primed to be a world class destination was responded to with the sonic roar of hundreds of buildings rising from the ground almost overnight. Ready or not, here it comes.

Today, the hotels in Dubai have more stars than the milky way. The roads run smooth and are stocked with fluorescent hypercars and murdered out Mercedes Gelandewagens. Construction cranes sway in the gentle Arabian breeze next to impossibly tall buildings. The malls have ski slopes and aquariums with neat little Guinness World Record plaques. Man-made islands shaped like palm trees maximize beach front real estate just offshore. It is a place where the compendium of engineering knowledge has been plundered, nudging the limits of man-made extravagance into open space. Engineers come to Dubai to test the pliability of steel, the outrageous whims of architectural imagination, and the possibility of solving impossible problems.

And it all began with one building – the Burj Al Arab. 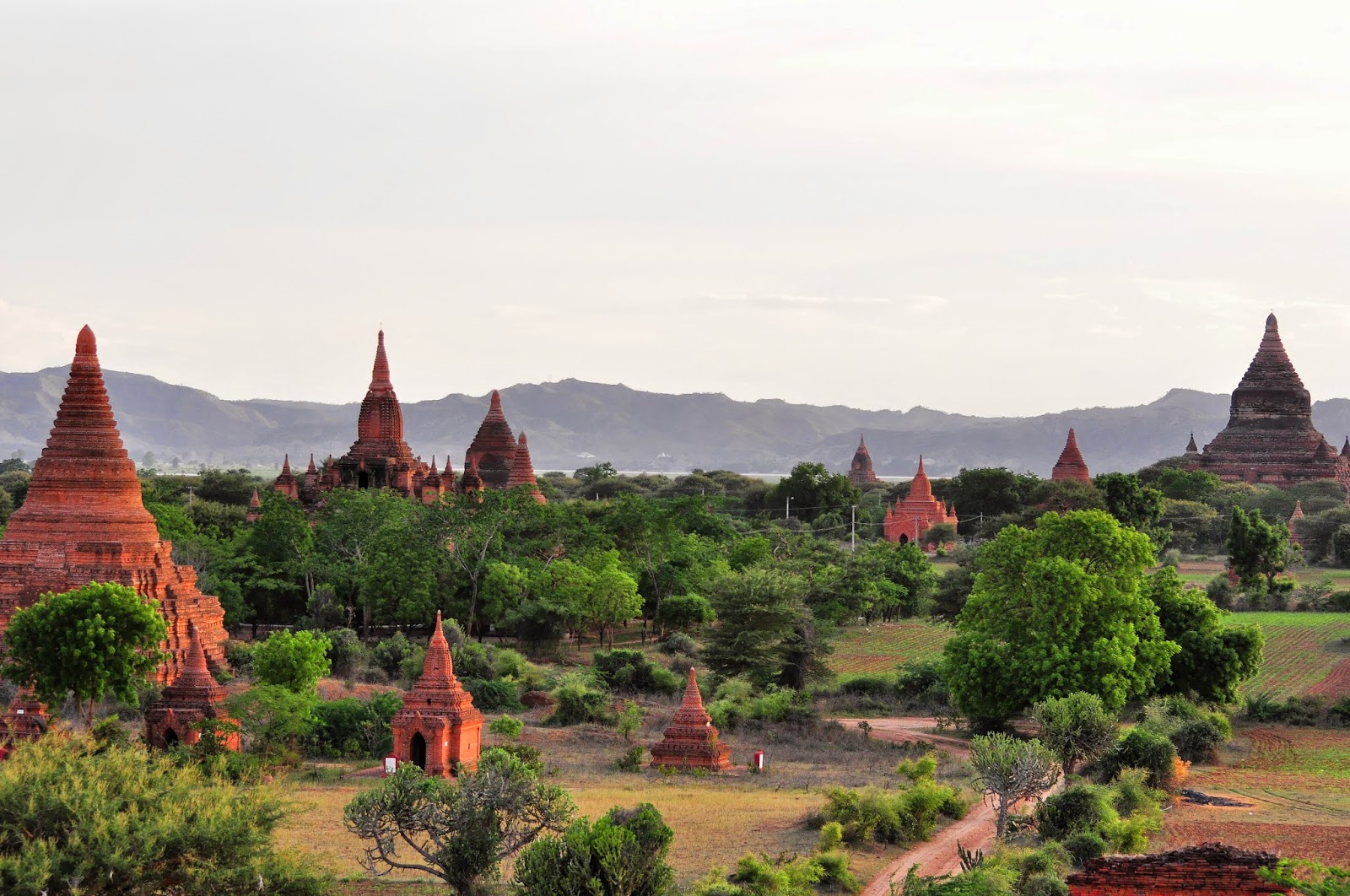 Bagan is an ancient city. Thousands of temples, pagodas, and stupas unfold across the dusty plains as if they have grown here organically from the ground for millenia. It is a place that feels older than time. The ambitions of this primeval capital are evident in every direction. The sheer number of ancient structures is at once baffling and awe-inspiring. No place on earth reflects this grandiose quality of scale as much as Bagan.

Top 10 types of travel theft (and how to be safe)

In many large cities of the world, thieves hunt travelers from the shadows. They watch you take pictures at monuments, eat tapas at an outdoor cafe, and if you are unlucky, they will follow your steps with excited eyes as you fall into one of their traps. A few years ago while visiting Quito, thieves dumped a bucket of crap on me from a rooftop and then jumped me for my camera. It was
horrible.

Fear-mongering aside, travelers are chosen as targets because they are not completely in tune to their surroundings. Maybe you are jet lagged, or you just ate a dangerous meal that has left you weak with intestinal anxiety, or you are lost in an uncomfortable part of Paris – these are all circumstances where you are in a vulnerable state and therefore a target of thieves. Like hyenas hunting for weakened game, thieves seek out confused tourists and map clenchers with wayward eyes.
These crooked opportunists have many breeds: child gangs in Italy looking for sincere mid-westerners, Vietnamese on scooters scoping for a wallet in an extended hand, and fake European police officers searching for rubes to shake down. While your trip will likely pass without incident, it is ideal to be prepared. If you know what to look for, then you can watch for danger signs and situations to avoid. Being a safe traveler is being a smart traveler. Here are ten common hustles to watch out for. 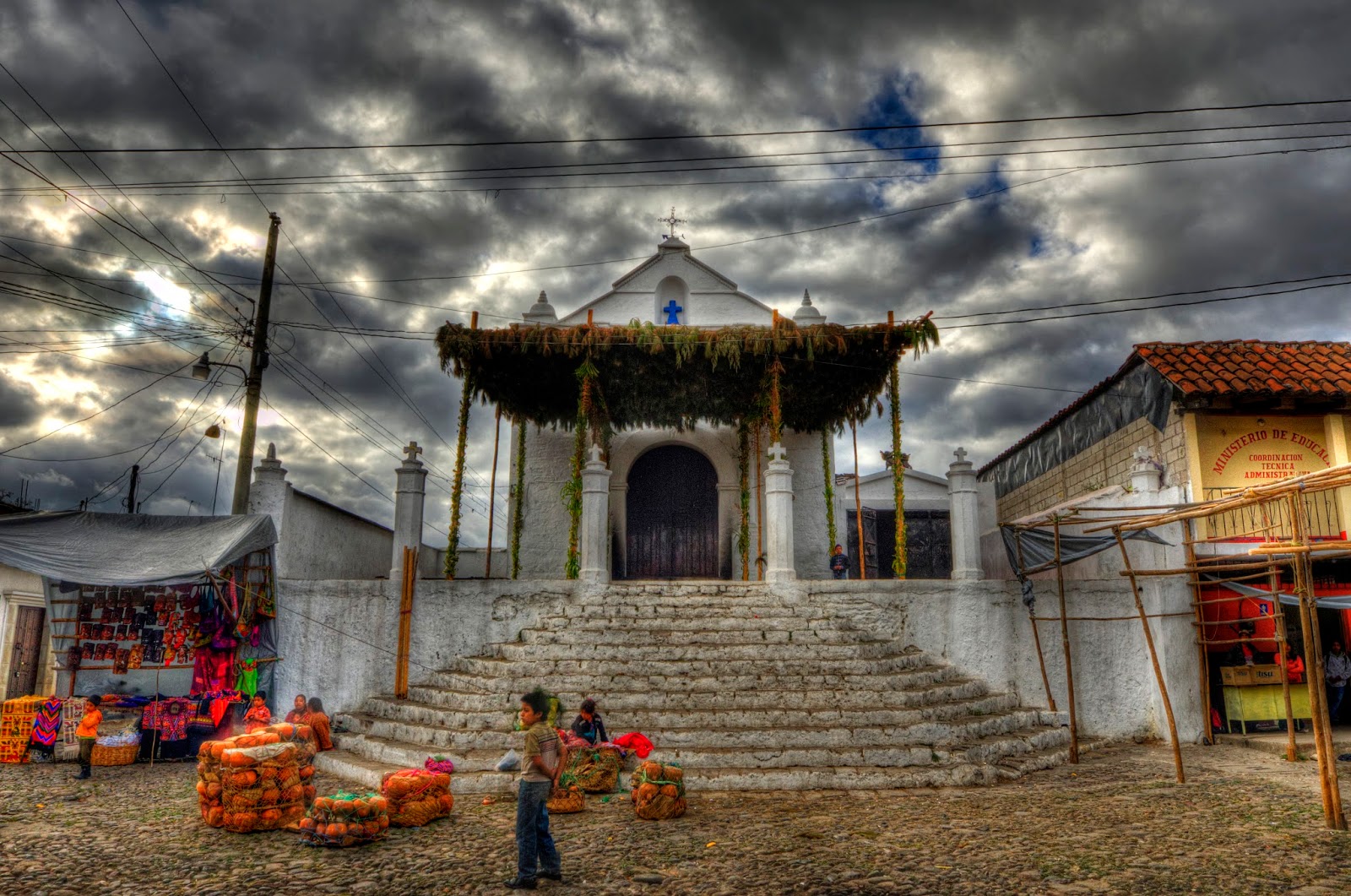 Guatemala is one of the most underrated destinations on earth. With volcanoes, great colonial cities Mayan ruins, rainforests, and just shitloads of natural beauty, it is a spellbinding place to find yourself for a few weeks. About 6500 feet up into the Guatemalan highlands, Chici seems perched at the top of Guatemala, an uphill gathering place for the denizens  of this collectivist nation. From the cities and villages, old Mayans and city folk alike find their way to Chichicastenango to trade goods and come together.

The church of St Tomas (above) is a 400 year old church with a rich history. Originally a Mayan temple, the church serves several purposes to the community. K'iche' Mayan priests still use the church for their rituals, burning incense, candles, and chickens for the old gods. It is the kind of place where the past still burns bright.

The best ginger beer/ale in Tokyo 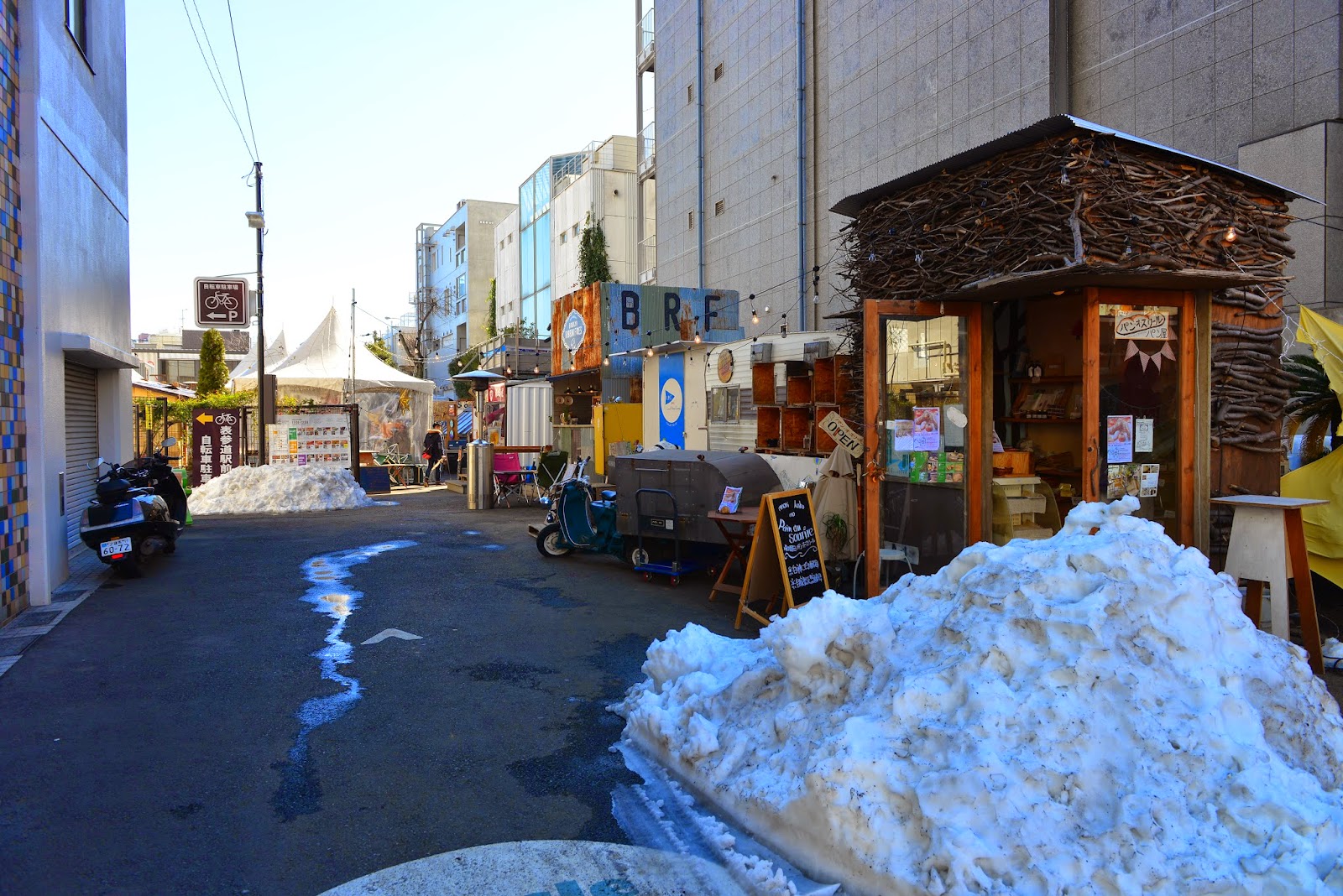 A few months ago in Tokyo, we found a really cool outdoor food area in  Omotesando, close to the subway stop. While unusual eateries were everywhere, we stopped to grab a ginger beer and sample some fries at Brooklyn Ribbon Fries. In the picture above you can see it as the tin shack with BRE on the side. This whole area had a ton of cool shops and mini-restaurants amid the bustle of Omotesando.
Read more »
Posted by justindelaney at 4:15 PM 27 comments:

Enjoying the Supermoon somewhere in the Caribbean 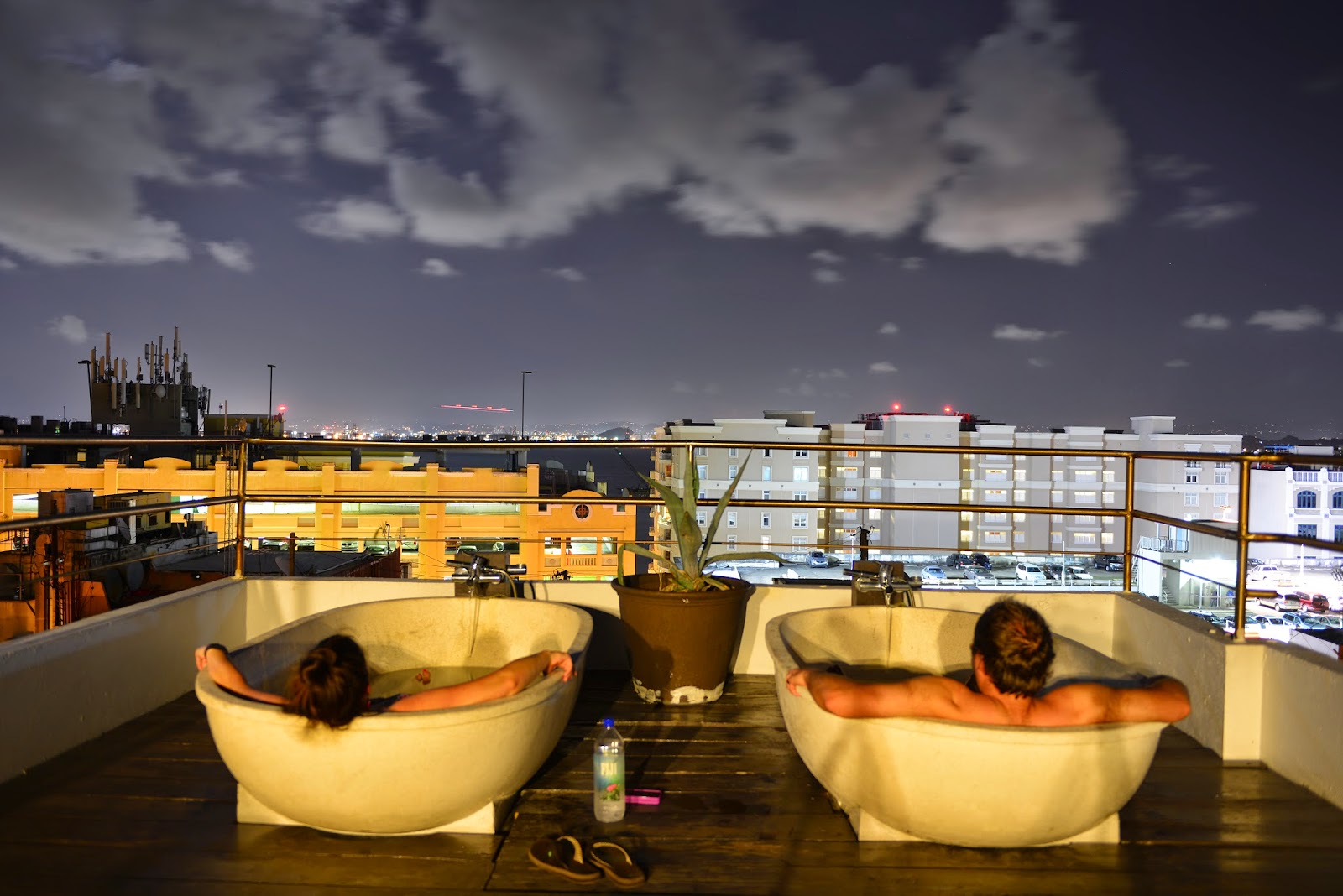 Kristin and I relaxing in Puerto Rico
Posted by justindelaney at 9:05 PM 11 comments: