The rich cultures of Indonesia

Indonesia is a sprawling island nation with a rich cultural heritage. From the temples in Bali to the unique street food, it's easy to immerse yourself in all the aspects of Indonesia. If you've ever wanted to know about the culture, scene and surroundings of one of the world's most intriguing destinations, read on...


Sea Gypsies
From the Burma Banks in Myanmar to Eastern Indonesia, the Sea Gypsies stretch across an extremely vast and diverse region. These seafarers survive completely from the ocean's bounty, hunting for fish and mollusks with only their hands and spears. They live in boats or in houses on stilts. A Swedish researcher tested the eyesight of sea gypsy children and compared the results with youngsters from Europe visiting the same geographical area. The results showed that the Europeans saw half as well underwater. Sea Gypsy children possess several eye functions that Western children simply do not, like an ability to constrict their pupils to 1.5mm in diameter. This helps them to see the tiny pearls that they later use to barter. During the fierce tsunami of 2004, their unique understanding of the ocean tipped them off to the approaching danger. They fled for higher ground several days before the waves struck, and as result, waited out the carnage safely in the hills. 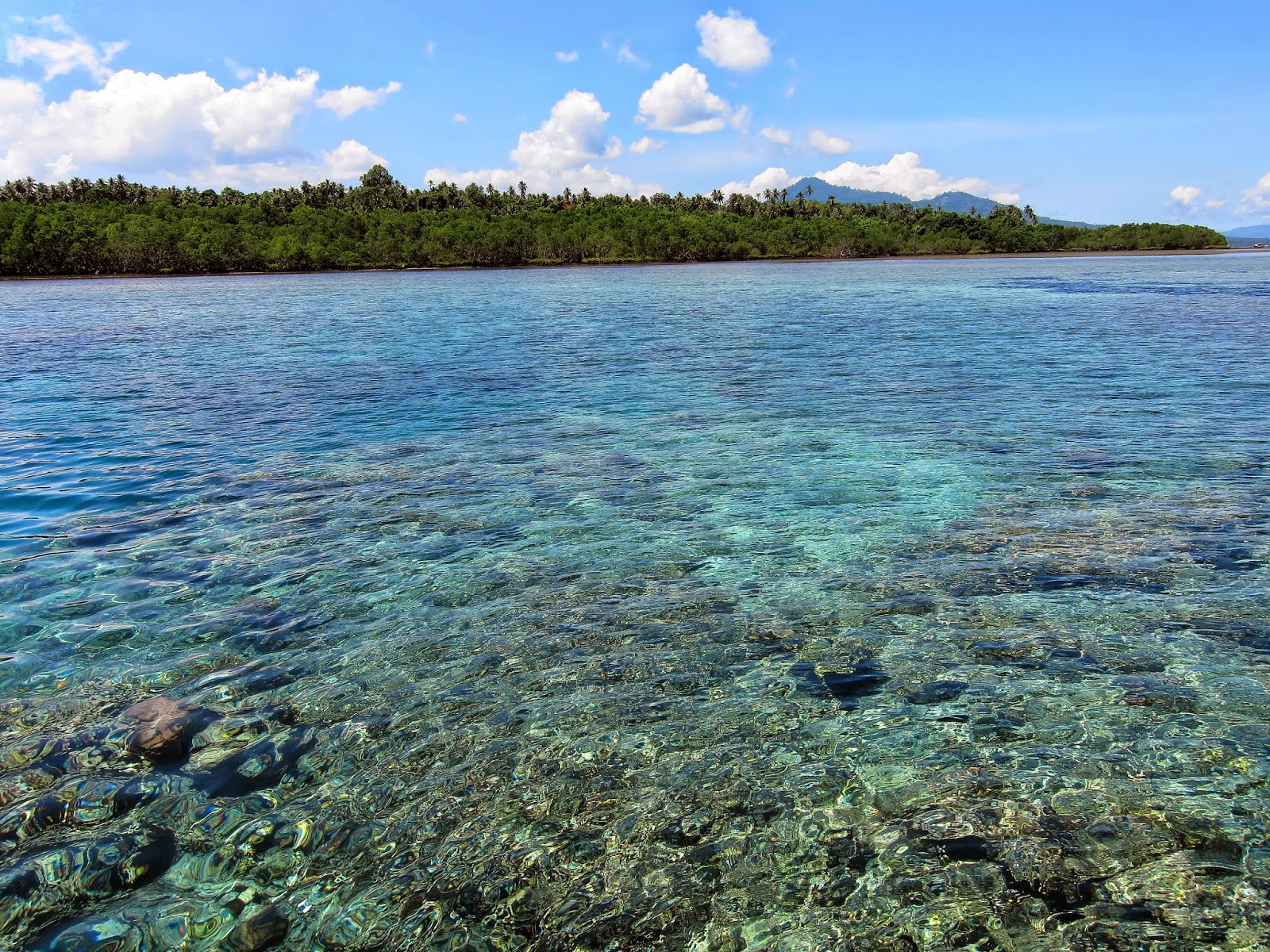 The most accessible place to view Sea Gyspies is Phang Nga Bay near Phuket, Thailand. The most culturally preserved place to view the seafarers is the Mergui Archipelago in Myanmar. A great Indonesian place for gypsies is in north Sulawesi. Their sea huts are common in the coastal areas, and you can ponder how little you have in common while you cruise by in a motorboat. You can fly into Manado on Silk Air from Singapore, and combine a visit to the sea gypsies with Tangkoko Nature Reserve. Full of nature's oddities like Tarsiers and massive hornbills, Tangkoko is not to be missed. All of this can be arranged in Manado or through your guesthouse. Stay at Pulisan Jungle Beach Resort on the fringe of Tangkoko for a perfect home base to explore the region. You can arrange fishing with the locals for a few dollars.


Batak of Sumatra
Sumatra is a dense, jungled sliver of Western Indonesia home to orangutans, tigers, great waves, and the Batak tribe. While their proximity to tourist-heavy Lake Toba has left them open to the influence of modernity, many of their customs and rituals remain intact. In the age of discovery, many explorers visited Sumatra and observed a strange phenomenon among the Batak people -- cannibalism. They seemed to have a serious taste for human flesh. Due to the influence of Islam and Christianity, this part of their culture died out around the turn of the 20th century. Rest assured, if you go to view their unique customs and sublime tropical architecture, you will not end up in some kind of elaborate jungle stew.

Flying into Medan and taking a bus to Lake Toba is the ideal plan for checking out the Batak tribes. Medan can be reached by Kuala Lumpur and Singapore. Lake Toba, the largest volcanic lake in the world, is home to several Batak villages. You can take a boat ride to gorgeous Samosir Island in the middle of the lake to check out the Batak. Arrangements can be made with a local guide or through a prepackaged tour in Medan.

Baliem Valley Tribes of West Papua
Getting to the The Baliem Valley in West Papua involves iffy connections and white-knuckled flights. For those who brave the ride though, cultural treasures await. More languages exist than swimming pools in West Papua, which is a fine ratio for the intrepid. Aside from an occasional Nike-capped native reminding you of consumerism's astonishing imperial reach, the preservation of Stone Age culture remains intact. Discovered by the West in the 1930s, Baliem hosts several tribes like the Dani. They wear bird of paradise headdresses, gauge success in terms of pigs slaughtered, and are famous headhunters.

To arrange a trip into the Baliem Valley, Jakarta is a great starting point serviced by numerous international cities. From there, book a flight on Indonesia's safest domestic airline, Garuda, to Jayapura in West Papua. In Jayapura, you need to obtain a permit (easy and cheap) to visit the interior of the island. Since no roads lead into the valley, you must again fly, this time to Wamena. Wamena is the jumping off point for treks into the valley and hiring a guide is a necessity. It is possible to volunteer with local mission groups to reach the villages, but this can be difficult to arrange in advance.

Tana Toraja in central Sulawesi
More accessible than West Papua, Tana Toraja in the misty central highlands of Sulawesi also offers a portal into the past. Aside from rich indigenous customs, architecture -- and allegedly the best coffee in the world -- the main draw is the epic funeral ceremony. Like the tribal equivalent of a Hollywood blockbuster, the ceremony includes elaborate dances, buffalo fights, chanting through the streets, and a full buffet of animal slaughter. All of this goes on for one week. Some families take years to raise the funds for the funeral procession, with the body presumably just standing by for his or her big day.

The cheapest way to fly into Sulawesi is on Air Asia from Kuala Lumpur to Makassar (Ujung Padang). From Makassar, arrange a driver or take a bus to Torajaland. The ride through dense rain forest will take about 8 hours. Cost is around $10 for a bus and close to $100 for a private taxi. Best time to visit is in the late summer and early fall, which is funeral season.

Hindus of Bali
Bali has a reputation for being an idyllic beach paradise, but the real draw is its exceedingly rich and pervasive culture. Reminders of the Hindu faith enrich the Balinese experience in such a ubiquitous manner that you feel part of something divine throughout your visit. Little offering trays top nearly every surface -- even mopeds. Every village has a village temple and every home has its own small home temple. Unlike many places in the world, where the contemporary use of historic sites serves the tourist function more than their original intention, famous temples in Bali still play a significant role in daily religious life. As a result, you are part of an experience more than an exercise in aesthetic appreciation. It is not uncommon to stumble upon a traditional dance or funeral procession while passing through the open corridors of rich Balinese history.

Bali is the most accessible island in Indonesia, and the cheapest way to get there is on Air Asia from Kuala Lumpur or Singapore. It is possible to get the flight for around $100 roundtrip. Ubud in central Bali provides a great base of operations for cultural endeavors. My favorite places to stay in Ubud are Tegal Sari, Greenfields, and Tepi Sawah. Be sure to book early and get a rice paddy view. For a great show, check out the Kecak dance near Ulu Watu temple. The performance is based on the Ramayana and takes place just as the sun sets beyond the cliffs of south Bali.

Dayak Tribes of Borneo
The Dayak tribes of Borneo live in unique community longhouses in the interior of maybe the wildest island on the planet. They hunt animals by blow dart, practice shamanism, and were once feared headhunters. Their headhunting practice resurfaced briefly in the early 21st century, during an unfortunate ethnic war with the Madurese from northeastern Java. Unlike most bros on Spring Break, the Datak have spiritual meaning behind their tribal tattoos. Many youth commemorate their first hunting kill with a tattoo, and animal tattoos are routinely used to draw power from the represented animal spirit. Today, Christianity or Islam has replaced much of their animist heritage, a theme common in Indonesia.

It is possible to visit The Dayak in both Indonesian (South) and Malaysian (North) Borneo. For the wildest experience, fly to Balikpapan in Indonesia, which is serviced from Jakarta on Garuda. Arrange a river cruise down the Mahakam River with a local guide agency to view Datak river life. You can also plan a multi-day package tour if you really want to go deep into the jungle of Borneo.

Posted by justindelaney at 6:36 PM