The Morning Star to Hong Kong 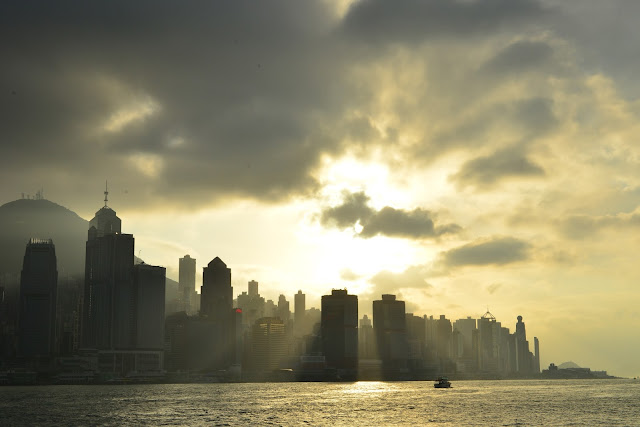 Oh Hong Kong. Old friend. It has been a while. Five years. A few days ago, I saddled up in row 34 on an American Airlines 777 and flew direct from Dallas to Hong Kong. The morning star as I call it, the sun set just as the wheels touched down on Lantau Island. The light followed us the duration of the journey, all 16.5 hours. 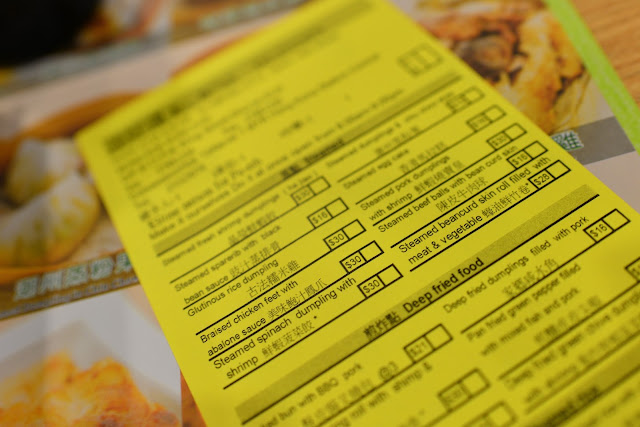 When you wake up in Hong Kong, there is so shortage of diversions to accompany your life. You can leer at Chinese tourists, do tai chi, shop, go boatspotting, or ride around in the cleanest subway system in the world. But I prefer to do one thing after crusting off a deep slumber following a long flight - eat. 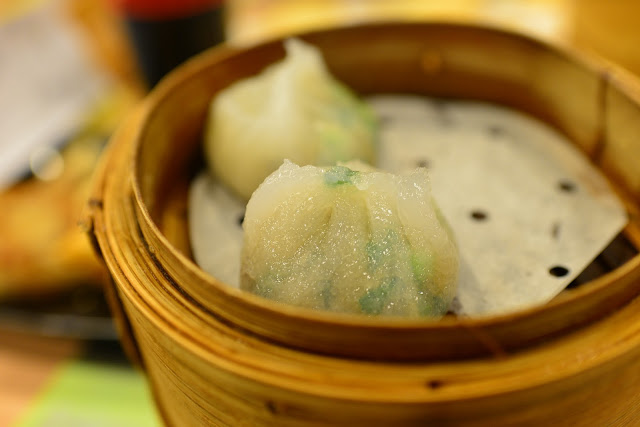 I woke up, stumbled through the motions and went straight to Tin ho wan for dim sum. Tim Ho Wan is one of the top eateries in Hong Kong and also one of the cheapest Michaelin stars in the world. I showed up at 9:05am, just in time to grab the last available seat following the 9:00am opening. I satat an empty seat at a table with a nice Chinese family. I started checking boxes, and ordered entirely too much food. 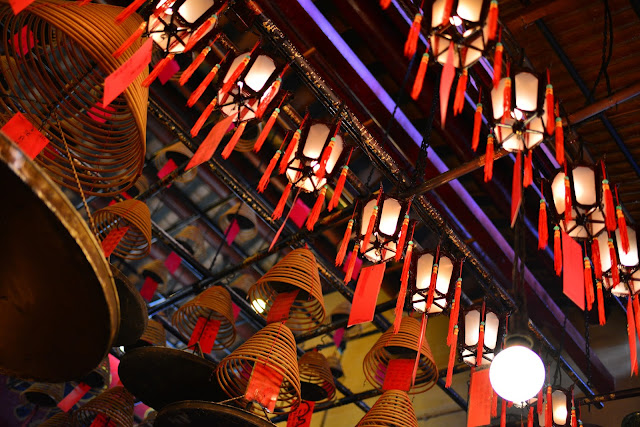 After eating, I visited Man Mo temple in Sheung Wan; I do this every time I in HK. I just liek the spot. 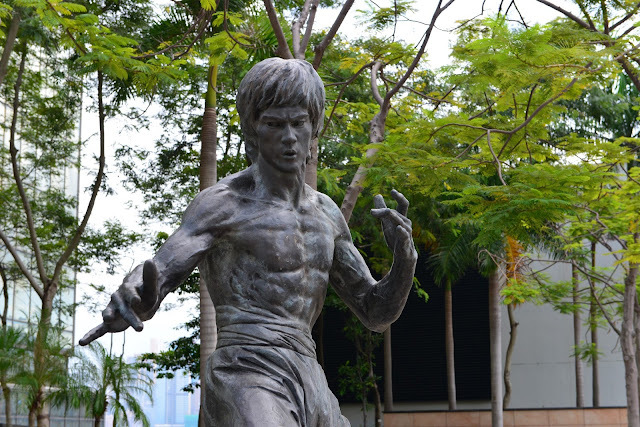 I strolled down Tsim sha Tsui like a flaneur extraordinaire, stumbling upon this statue of Bruce Lee. I lingered for a while, that bruce lee statue had evaded me for years. I took a picture of a nice Chinese couple next to it at their request. 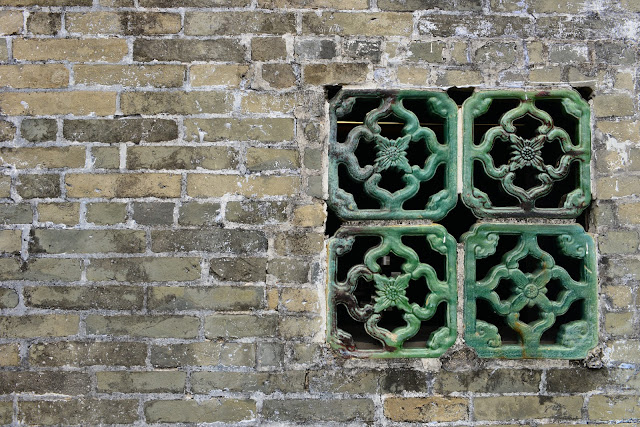 I took the west line almost all the way to Shenzen border, and could see Shenzen looming large across the harbor. Later a taxi driver told me it was nothing not long ago, he said no one would believe you if you told them this would happen 40 years ago. Shenzen basically went from a small fishing village into one of the largest cities in the world. 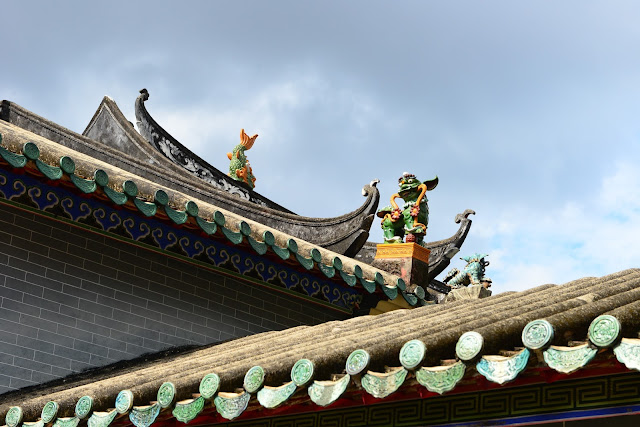 I took a trip down this area called the pin shan trail; it was a mess of people’s houses, derelict ruins, and luxury cars. I never really put it together, so I went to go eat instead. 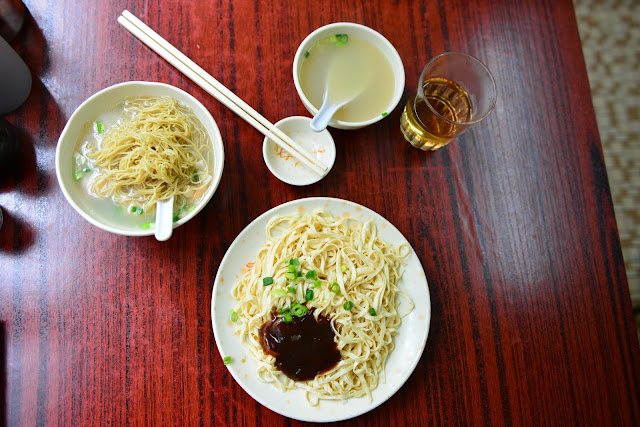 Spent an hour getting a cab to the cheapest Michelin starred restaurant in the world – this was my second starred meal of the day, and I ordered like a glutton, and it still came in under 20 for both meals. At this restaurant, Ho To Tai Noodle Shop, you can order a Michelin star for 26 HKD, about $3. Here is what $6 looks like above. It was not super user-friendly - ordering felt like arguing and they brought me a Sprite for no reason. 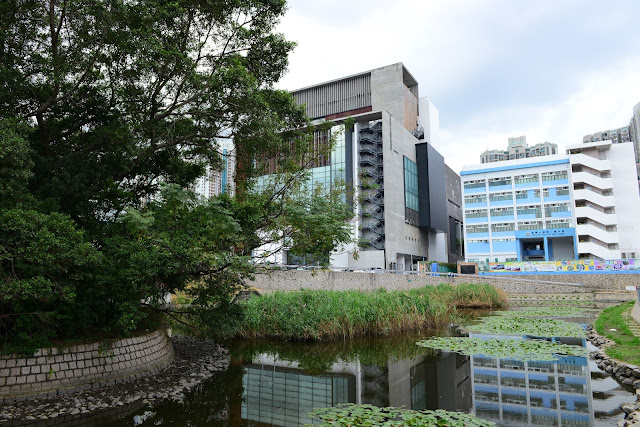 I walked around aimlessly in the outer reaches of the new territories, lost, but with nowhere to be, so more like just low incentive exploration. I found a lily pond (above). 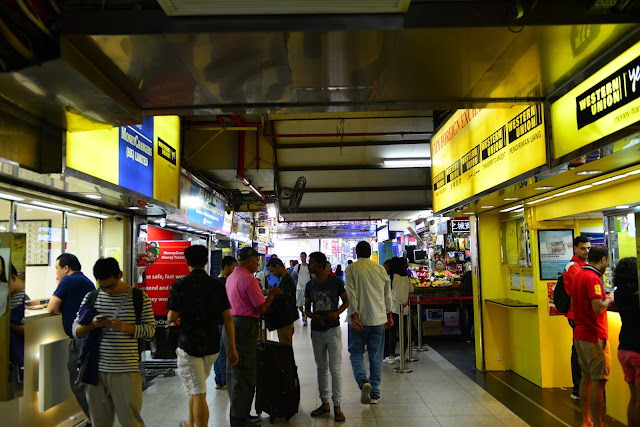 Eventually, I was back in Kowloon. For whatever reason, I have become obsessed with looking into the back of buildings. Such care is given to the front of the house, but the back is always a disaster. It was this strange line of philosophical meandering that led me to Chungking Mansions. As I wandered through a particularly dingy alley, I saw an opening and what looked like compact discs for sale. I entered. I sawarabs counting large stacks of money and arguing. I saw a pet bird. I passed by money changing places next to shops peddling samosas next to electronics salesmen next to people shoting about cheap beds. A man in traditional African dress walked by, followed by a rambunctious group of adolescent Russians. I stopped a Burmese looking man and asked, "What building is this?" He replied, “This here is Chungking.” Indeed. Supposedly, 4000 people live in this 17 floor building that is reminiscent of the old Kowloon Walled City. 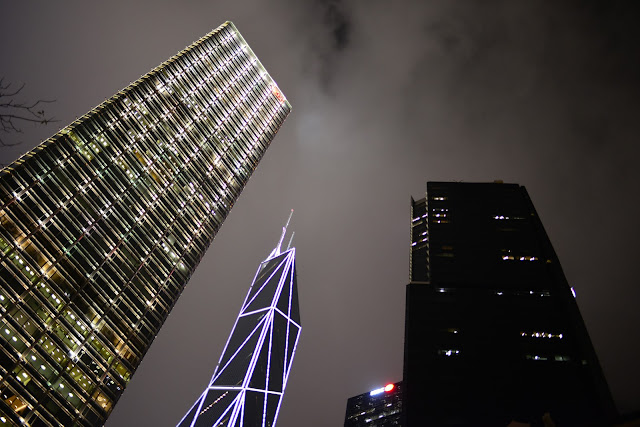 Got lost in about 6 Hong Kong Island  malls trying to find peak tram station, find peak station, get stuck at peak tram station because line for tram is 2 hours long and taxi drivers are on "strike," not really, but they will not go off meter. Basically when the drivers see desperate people, they start demanding money, lots of money to get anywhere. It is basically what I used to do at Delta - revenue management. I give a bribe and go back to hotel, pick up some stuff, and head back to Star Ferry, back to Kowloon. 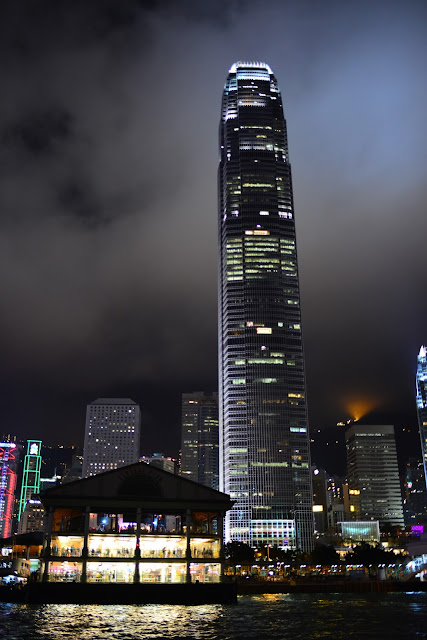 I roam around and decide my shoes are too uncomfortable for the night market. I end up at the peak above Hong Kong. 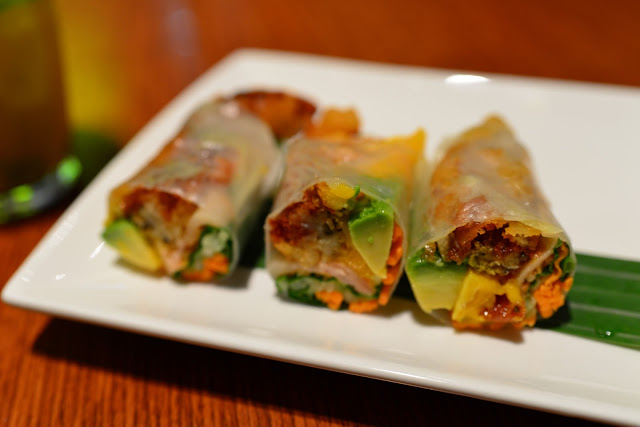 I eat a great Vietnamese meal – fried crab, mango, mint, and avocado spring rolls, shit man. It was so good. 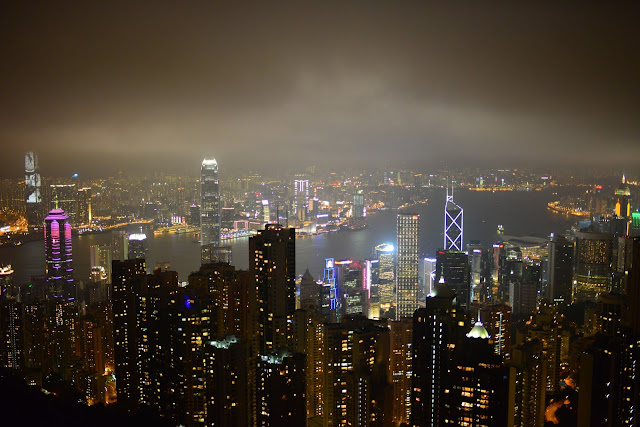 I get to the peak, and it is totally ruined by all of the Chinese tourists elbowing for a spot to take a picture with their selfie sticks – peoples identities all must run through digital, or it never happened.

Eventually I leave in a cab and watch TV until I pass out. Have a bunch of dreams about Sharm el Sheikh, wake up in middle of the night to the Siani plane crash presser. Head to Macau tomorrow.

Posted by justindelaney at 10:09 AM