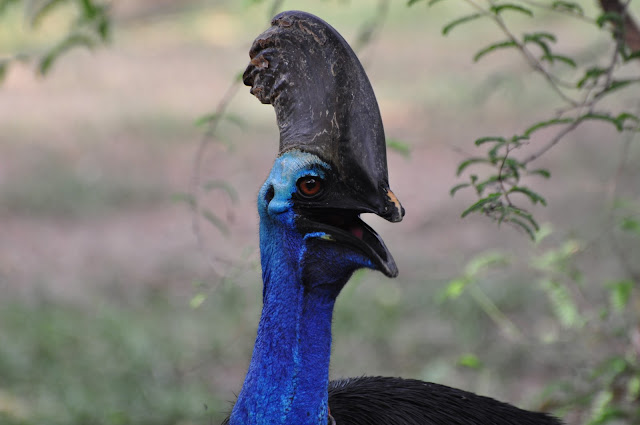 The Cassowary is a bird in classification.  It has a bird head and feather like frock, though its blatant associations with the Aves Class end there.  If a few dinosaurs survived whatever ice age meteorite mess that took place, then they probably look a lot like the Cassowary.  It sulks around in the deep tropical forests of Papua New Guinea, evading human contact as it patrols for food in the dark shadows.

These creatures have plied a reputation as being extremely reclusive and dangerous.  Their massive legs, which look quite reptilian with razor sharp claws at the business end, have been known to disembowel unfortunate beings that infringe too deeply into Cassowary territory.  During World War 2, western troops stationed in PNG were ordered to steer clear of these odd monsters, as they posed a legitimate threat to their safety. 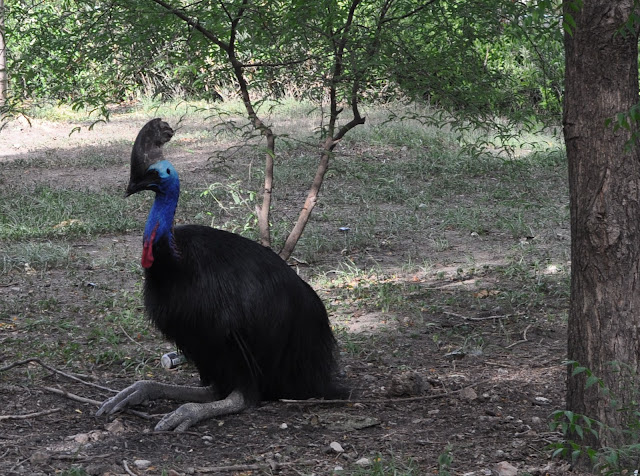 They are omnivorous, eating everything from fruits to invertebrates.  Their lifespan is about 50 years, meaning they live about as long as their human contemporaries in Papua New Guinea.  Their Mohawk like crest has prompted more theory than discovery, but many concur that it has something to do with protecting their brains while speeding through the forests with their heads lowered.  Other theories range from sexual pomp to sound amplification - the Cassowary is known to produce the lowest frequency bird call known to man.

The Cassowary has 4 different species, of which only 3 are extant.  The Northern Cassowary, Southern Cassowary, and Dwarf Cassowary all exist in a range from north central Papua to Northeastern Australia, and on surrounding islands such as Yapen and the Aru Islands. 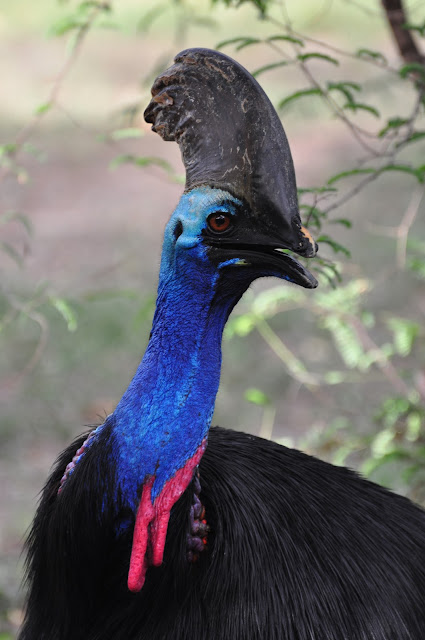 Posted by justindelaney at 12:39 PM