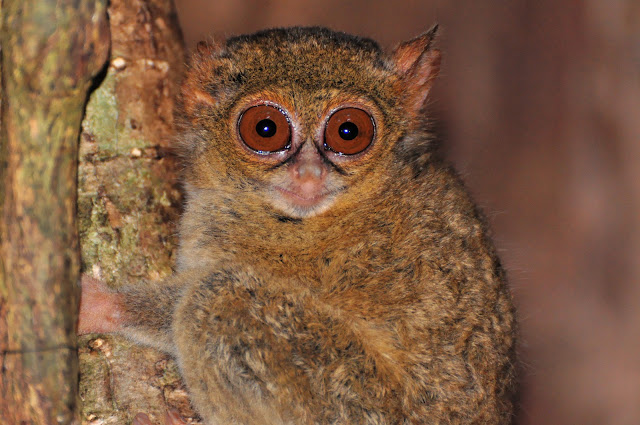 My introductory beast of the day was a tough choice.  I decided to go with a creature I had met, however briefly, on a strange island in Indonesia.  The Tarsier.

Sulawesi is shaped like a dragon pulled straight off of a coat of arms.  Curious adventurous types probably find themselves glancing at the island on a map and figuring it must be a pretty interesting place, based on shape alone.  I do this all the time.  I see a name like Luang Prabang, or an island shaped like a dragon, and I figure, well shit it must be interesting there.  How dull could it be?

It turns out Sulawesi is a wild land.  Full of tribes, rain-forests, and creatures found nowhere else.  Being on the Eastern side of the Wallace line, Sulawesi broke off from mainland Asia along with Australia and the creatures have evolved relatively uninterrupted for millions of years.  The Wallace Line, a trench tearing deep into the ocean floor, separates East and West Indonesia, along with the Eurasian and Australasian plates.

At the northern most point of Sulawesi is the Tangkoko Nature Reserve, which is where I met today's fine specimen.  The Tarsier is a baffling creature.  Each eyeball is the size of the animal's entire brain.  It sleeps in large family trees and does its hunting under the cover of night.  Due to its nocturnal nature, they are difficult to observe in daylight hours.

They are 100% carnivorous, and extremely agile.  They can leap from tree to tree with blinding speed.  Thankfully, they are also very small.  The last thing the world needs is a large fast night dwelling primate with a taste for flesh.  They are under a foot long without their tail.  They regularly dine on birds, snakes, bats, and various insects.

Tarsiers have never bred successfully in captivity.  When held captive they have a tendency to injure themselves and commit suicide.  Luckily, the primates are located on several southeast Asian islands, and threat of extinction is quite low.  Their range includes The Philippines, Indonesia, and parts of Malaysia. 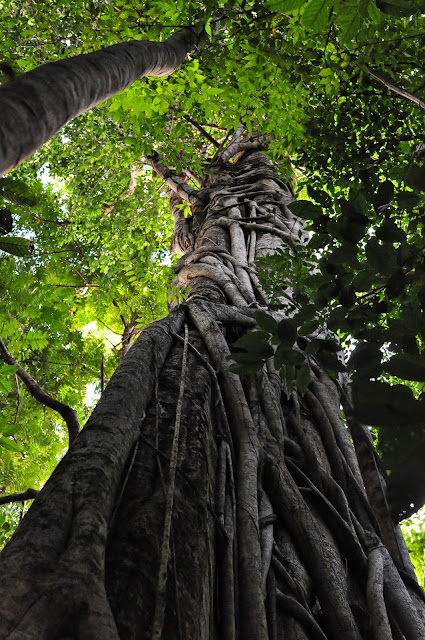 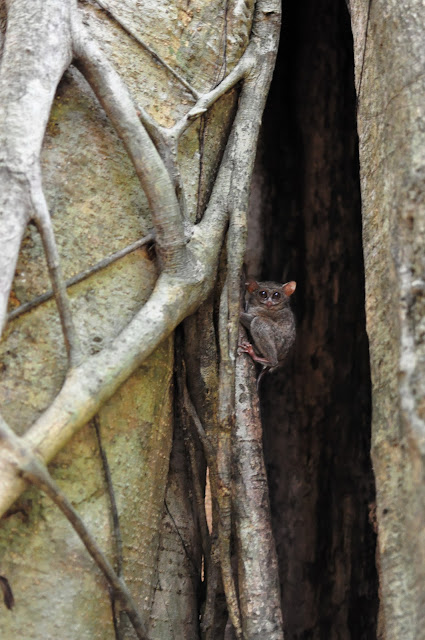 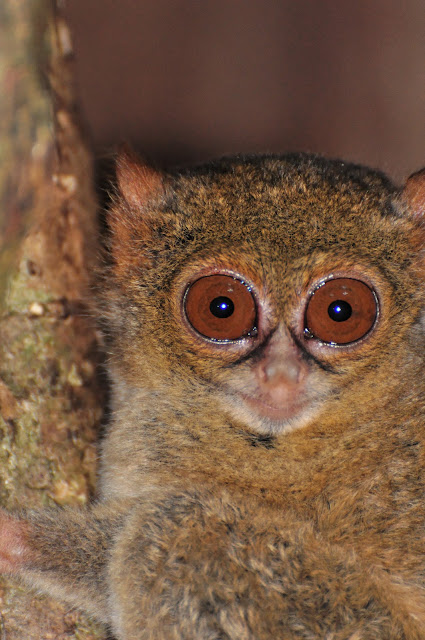 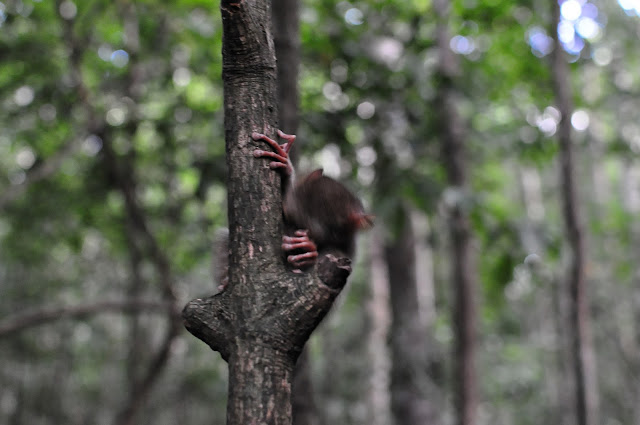 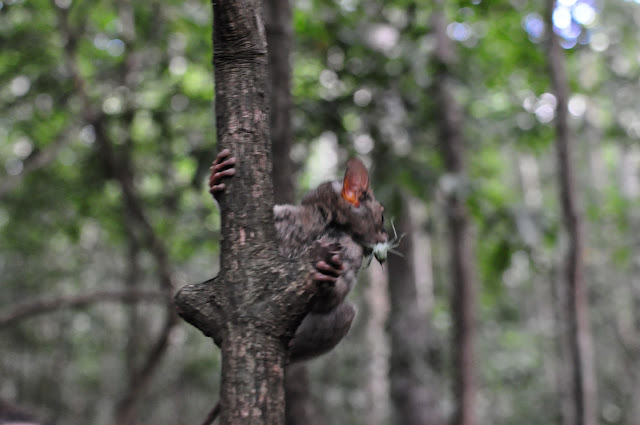 Grasshopper in mouth
Posted by justindelaney at 3:16 PM