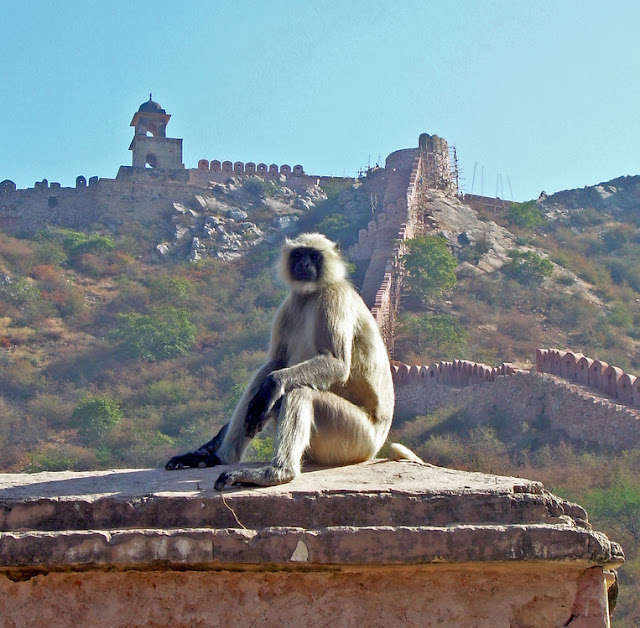 So, I have another animal related link. I know you will not mind as it is a hilarious bit of news from India. Apparently, in India, a team of primates (Langurs)have been trained to be security for the Commonwealth Games. I know. I have visions of grandeur just imagining this scene. Langurs punching a clock, putting on a security vest, shooing away dogs and other monkeys, conversing during breaks, meeting for beers at some kind of monkey watering hole after work, etc. You have to hand it to the Indian problem solvers. They are constantly finding ways to innovate and lower labor costs. My favorite quote from the article is, "Four of them will be posted outside the boxing complex with their handlers, while another four will patrol the hockey complex. Two have been kept in reserve to respond in the event of an emergency." LINK BELOW:

Posted by justindelaney at 5:43 PM