My wife and I argue all the time about where to raise kids.  I think Asia or Europe would be fantastic, and she totally disagrees.  One of my really smart buddies, who lived as an expat in Asia for some time, shared with me his reasoning on raising a family in Asia.  He basically felt that you want to give your kids the best opportunity to grow and thrive, and with certain external factors being unacceptable, they may not have as much developmental success.  In short, water and air pollution can have terrible effects on a child's development.  he recently moved back to the United States after starting a family.  It definitely got me thinking, and while Zurich still sounds awesome, maybe Shanghai not so much.  It made me realize that if I do have kids, then we will not live in any of the Chinese mega-cities - especially not Beijing.  Whoa, look at the graph.

What this chart is saying, basically, is that the air quality in Beijing is considerably worse than in a smoking room in a U.S. airport.  Have you ever been in a smoking room?  They are top notch depressing and make you smell like an ashtray for hours.  Even when I smoked, I would usually pass on those dens of reekdom.  Picture a bar that still lets people smoke, multiply the stench by 50, industrialize any sort of ambiance into the core function of smoking, and add glass windows so that outsiders can quietly judge on their way to catch a flight for Orlando.  That IS a smoking lounge.  And, Beijing's air quality is worse than that.  This has massive health implications for pretty much every person in Beijing, from pregnant mothers to kids to the elderly.  How do you fix something like this?  Is it the systemic reality of growing too much too fast too soon?

The other effect of this pollution is these surreal pictures (below and after break), which the folks over at Kotaku likened to Cloud City: 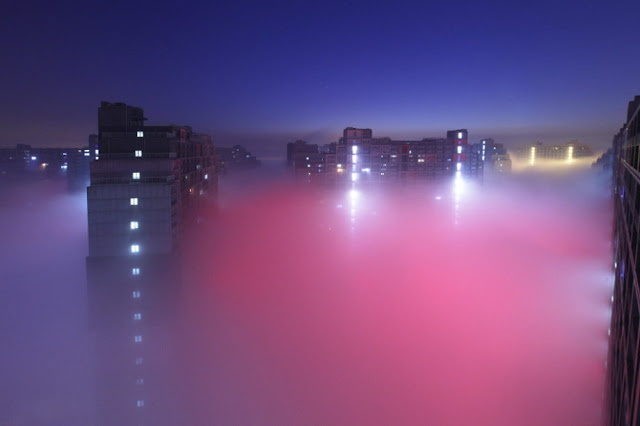 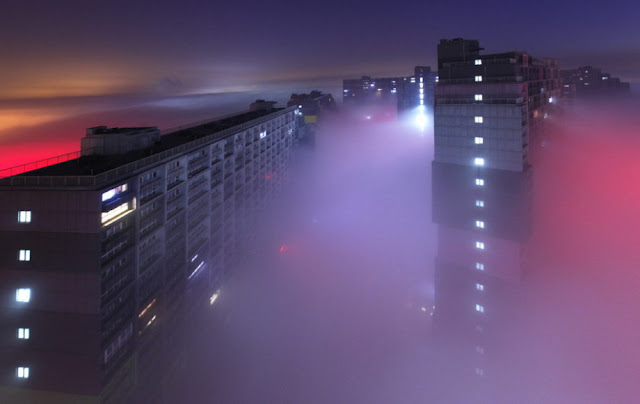 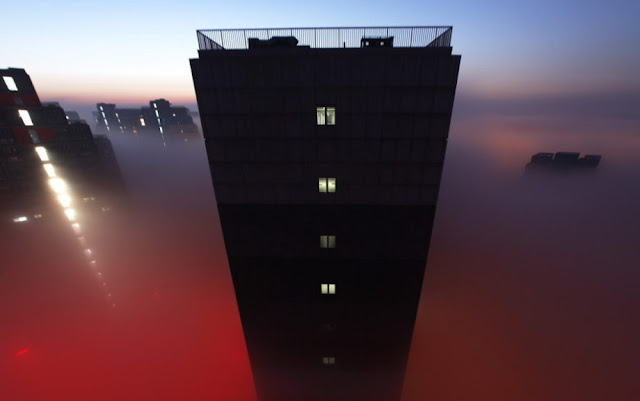 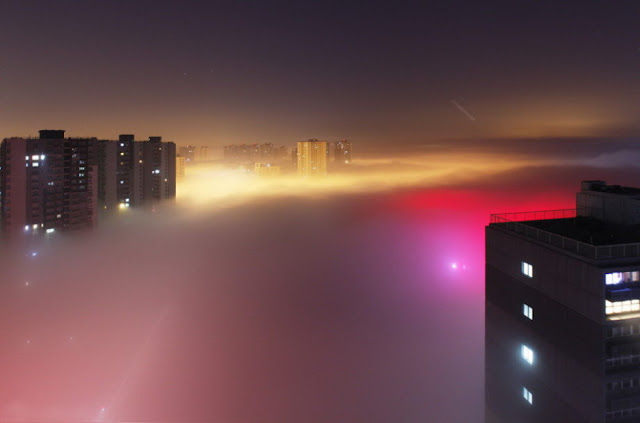 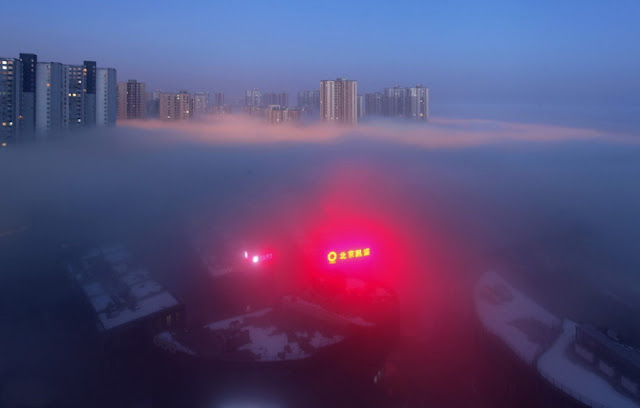 Chart is from Bloomberg
Posted by justindelaney at 2:38 PM