Up the road north from Taos you pass the quaint village of Arroyo Seco before making the final climb to the Taos Ski Valley.  Arroyo Seco has an international feel to it.  I overheard a waitress practicing her French on a customer practicing his English in the ice cream shop.  Just down the road, at the picturesque entry to the town, is the Abominable Snowmansion Hostel.  Hostels always remind me of my time lugging bags around Europe meeting German gap yearlings and Israeli ex-soldiers all looking for something most will find much later, perhaps in the foothills of the Himalaya or beneath the stars in Goa. 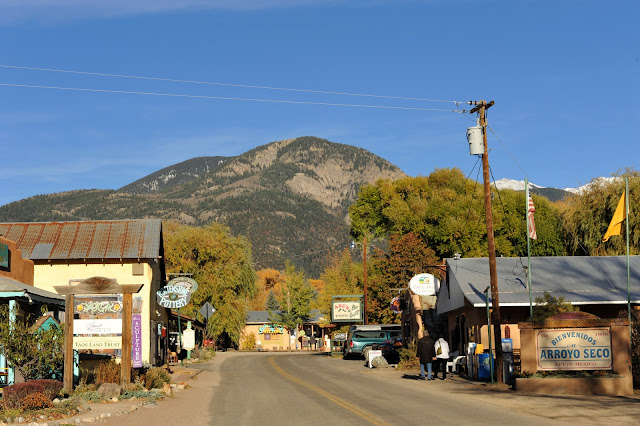 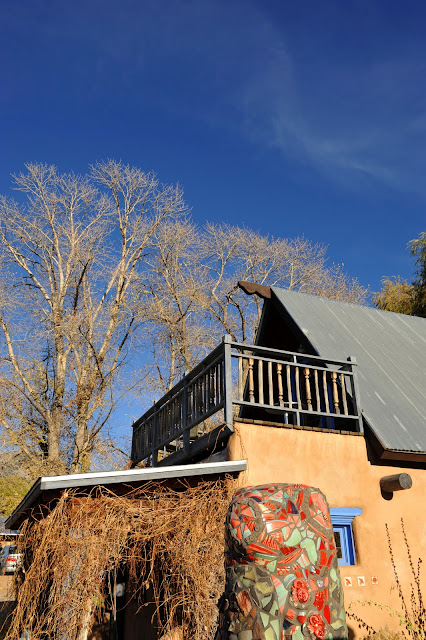 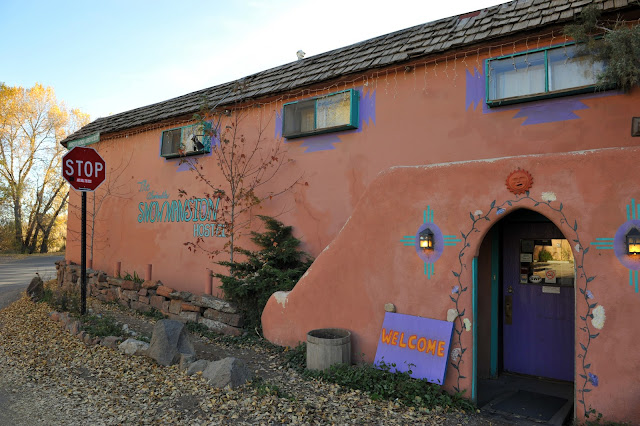 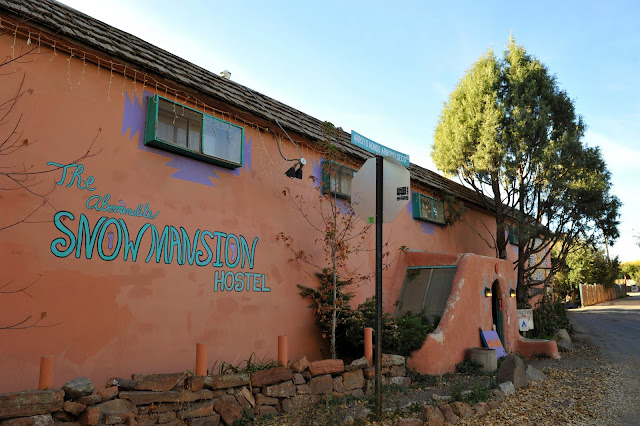 Another angle, I regret not sticking my head inside, though their website is here. 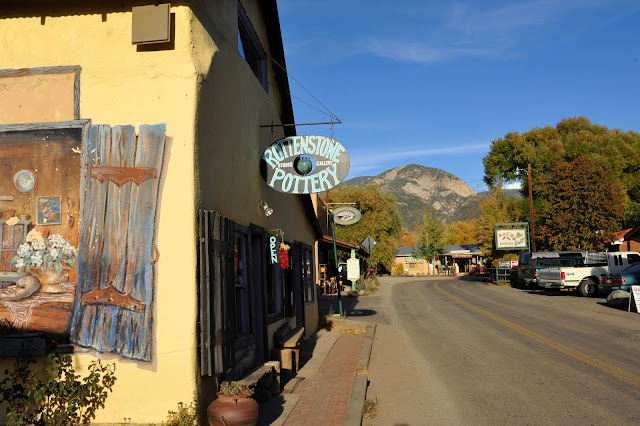 A pottery shop with a painted window 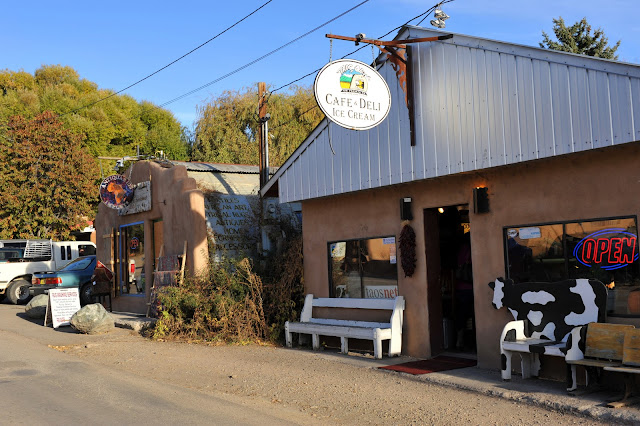 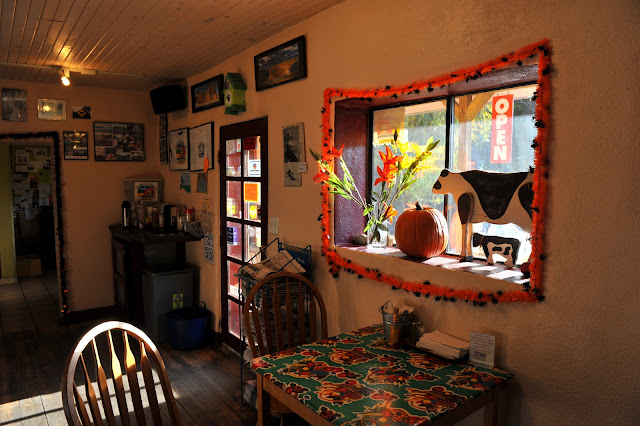 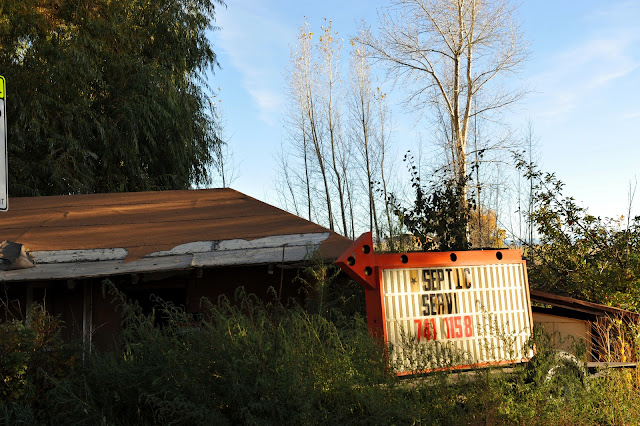 I was nursing great vibes and appreciating the surroundings and no sad sign for septic tank service could ruin it. 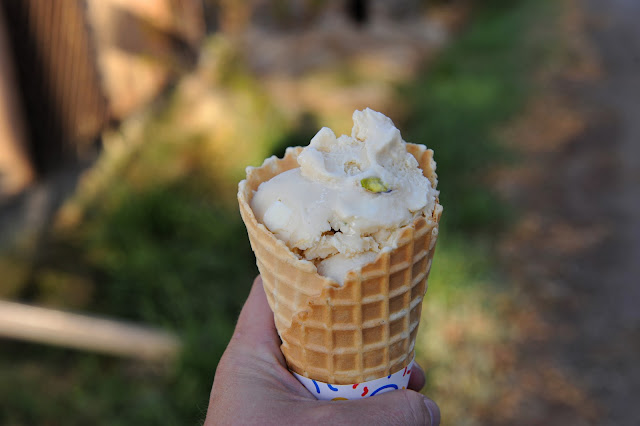 White Chocolate Pistachio Ice Cream.  I would stay away from this, or everything you eat for the rest of your life will fail to measure up. 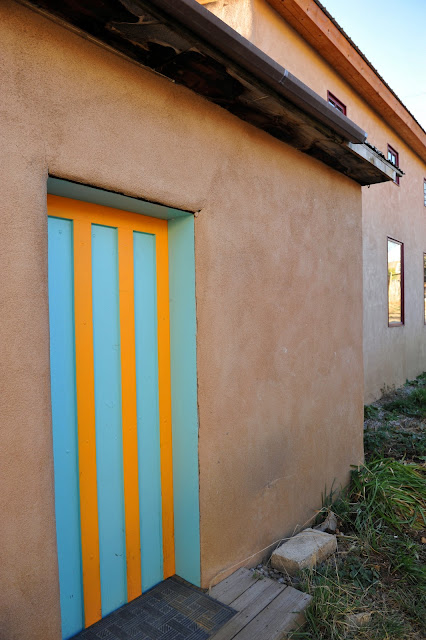 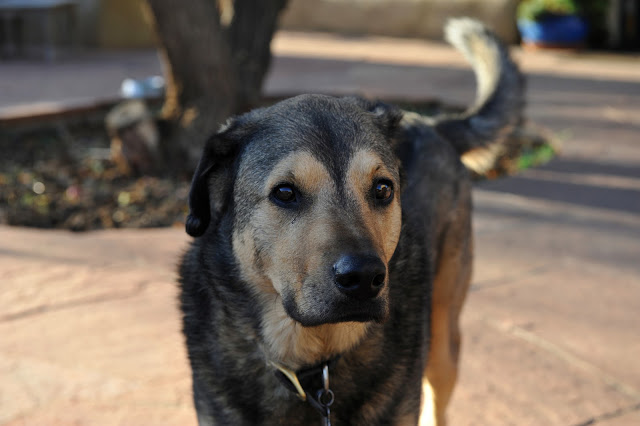 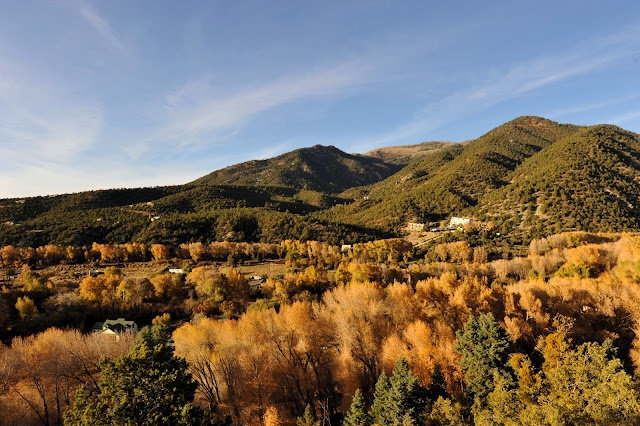 The climb from Arroyo Seco to Taos Ski Valley was bathed in the colors of Fall.  The air was crisp, the clouds scarce, and it was a great afternoon to just look out across the world. 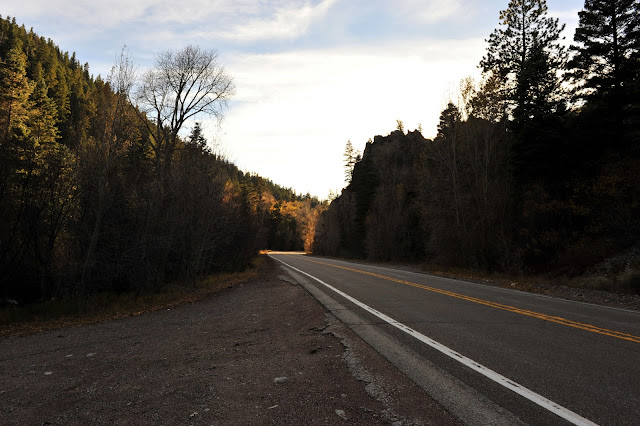 The road was straight, 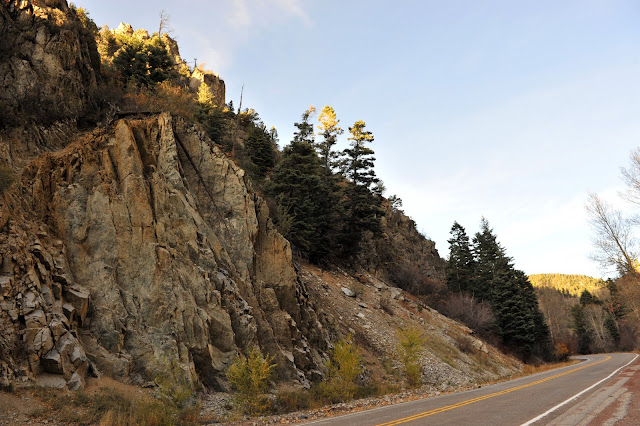 and there were also curves, as we continued to climb, reaching for the snow caps that seemed so elusive just hours ago. 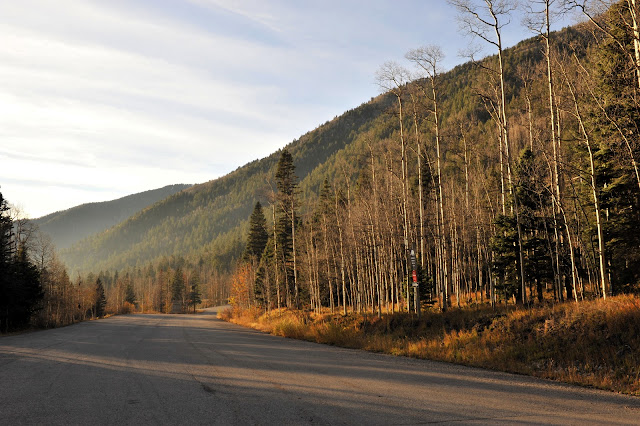 We finally arrived near the summit, and the lanes normally reserved for rows of family vans and SUV parking were, for a while longer, completely empty.  For the high season, people from all over the world will descend on the valley for some of the most challenging skiing in the United States. 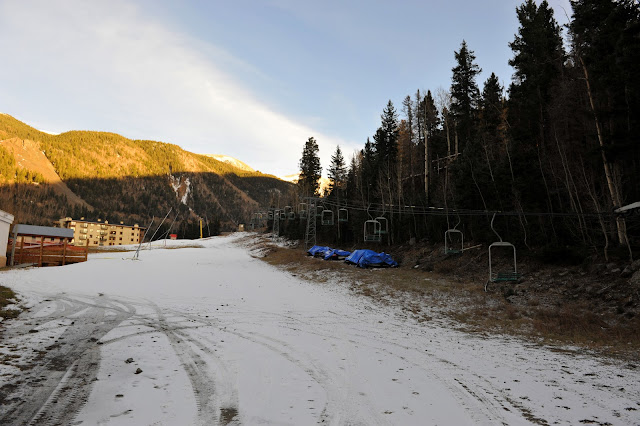 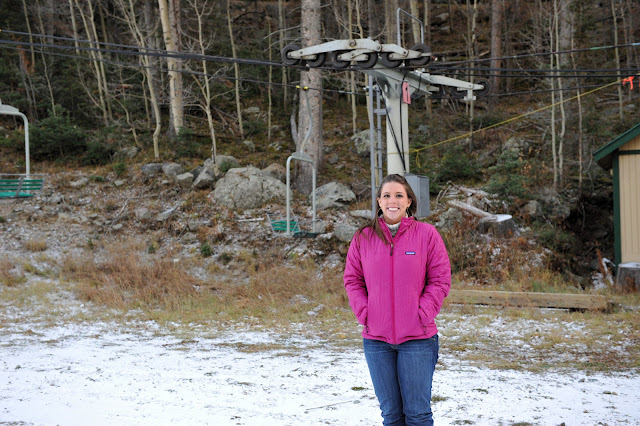 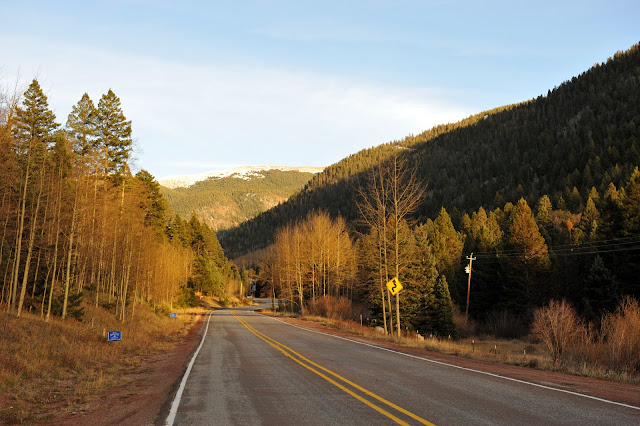 On our way back down we saw the strangest thing. 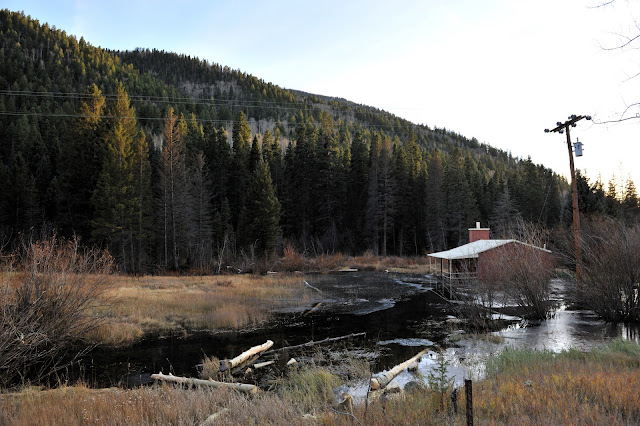 A house was flooded, and we suspected beavers were the culprits. 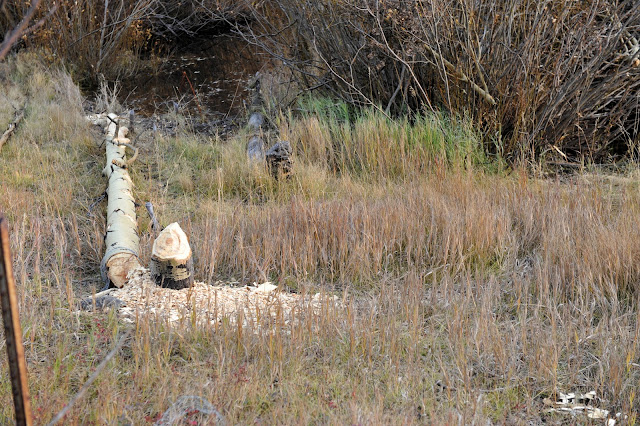 We had hard evidence. 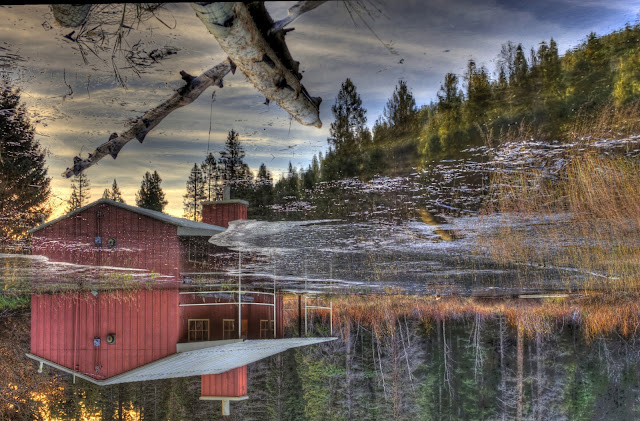 My favorite picture of the day.  Flooded house upside down. 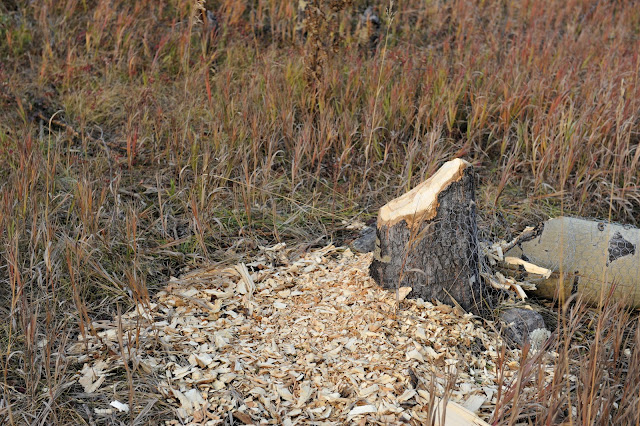 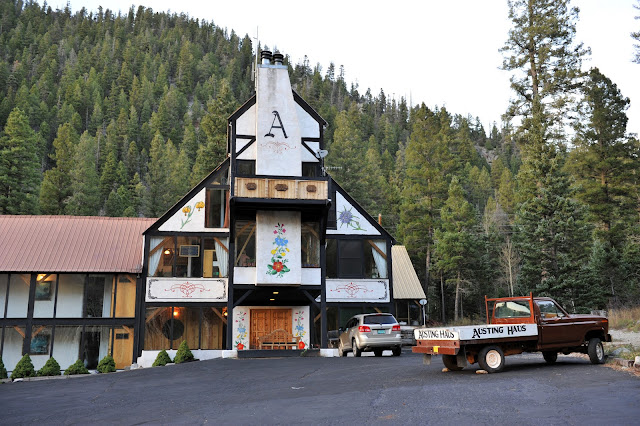 On our way back down, we passed a German Ski Haus, Austing Haus
Posted by justindelaney at 10:22 PM