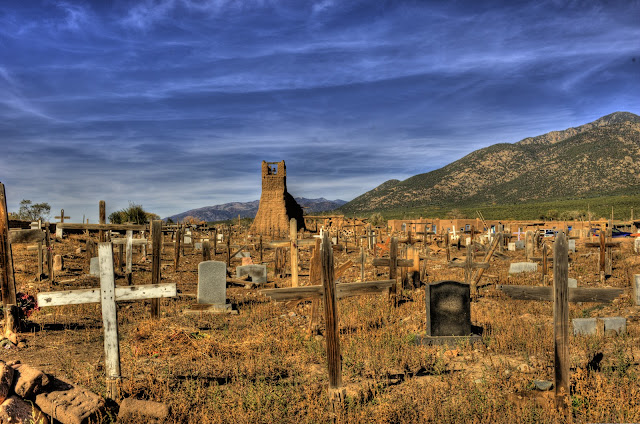 Just north of Taos plaza is the original Taos - Taos Pueblo.  With a history dating back as much as 1000 years, this is old country.  The area is an interesting mix of new and old.  The Pueblo Indians that call the Unesco heritage site home live in old school Pueblo housing, but possess many modern comforts.  They have television and drive brand new cars.  It is interesting to see the past and present meet in a utilitarian compromise.  Anyways, I hope you enjoy my pictures of Taos Pueblo. 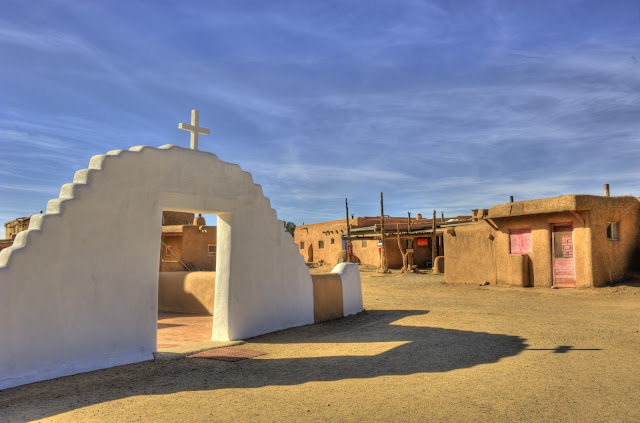 The entry to a church courtyard casts a shadow 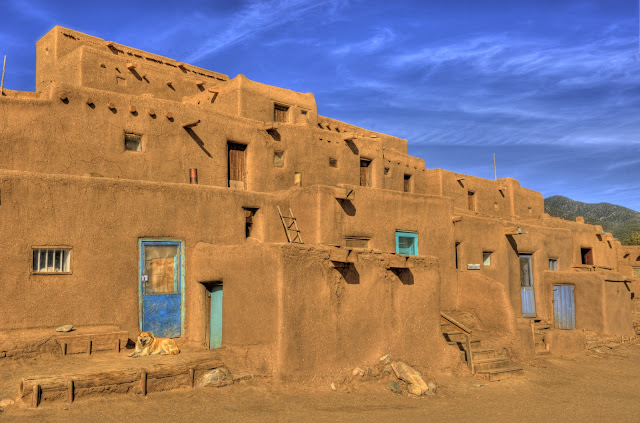 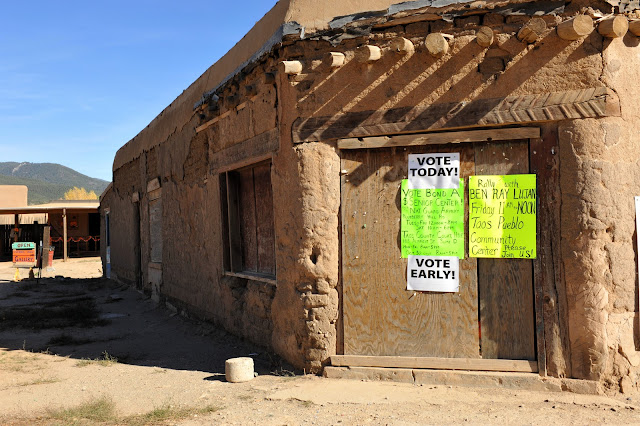 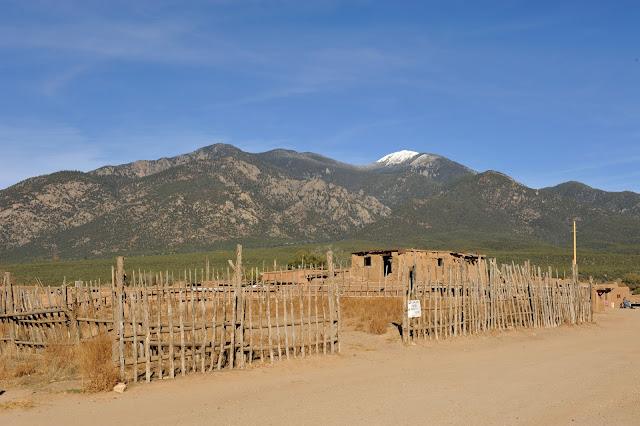 The mountains behind Taos Pueblo 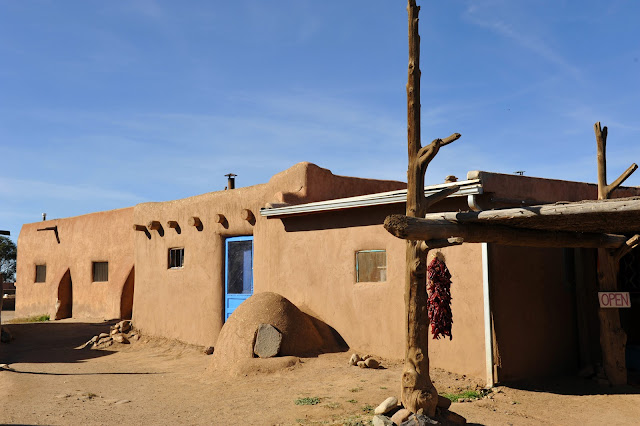 A residence in the Taos Pueblo complex 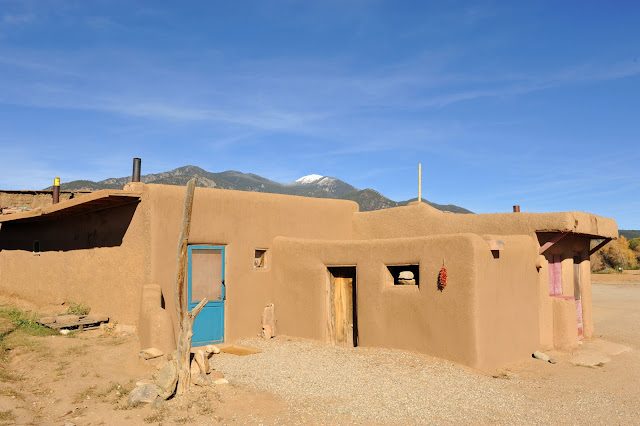 Another home.  Most of the occupants had nice new modern cars, but live in traditional dwellings. 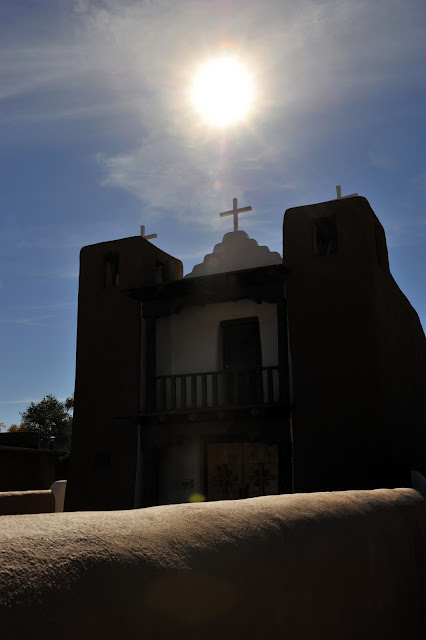 A church built by missionaries 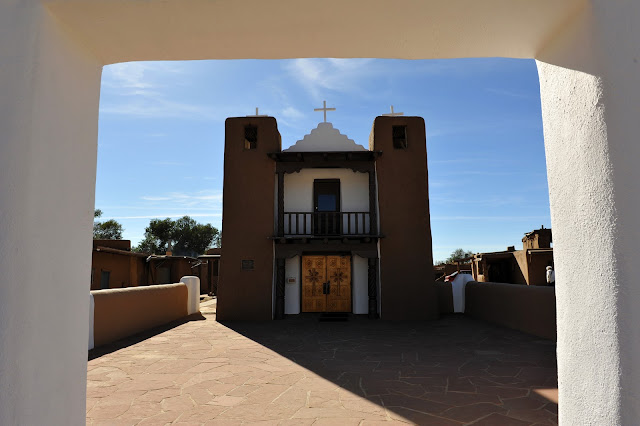 Framing the church in its entry arch 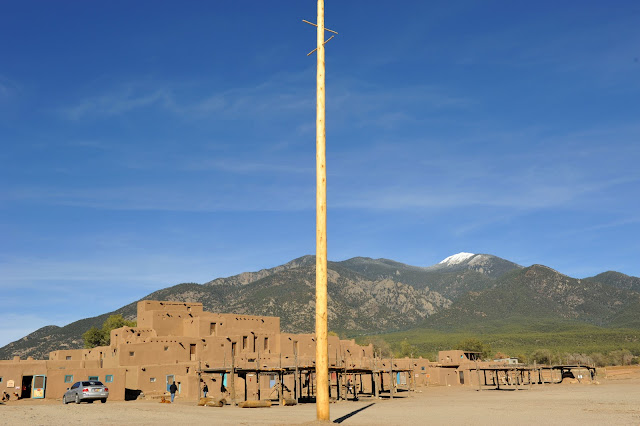 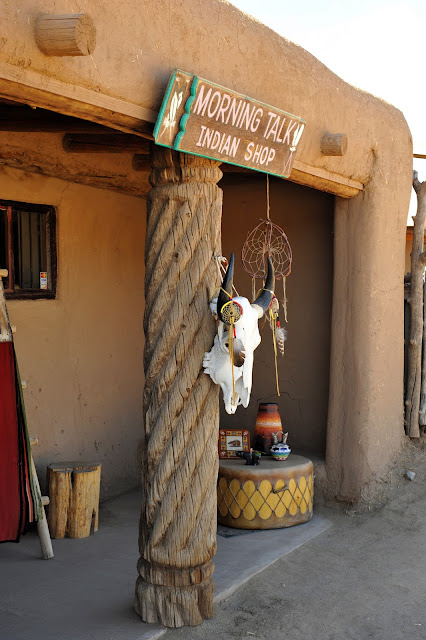 A shop that we visited 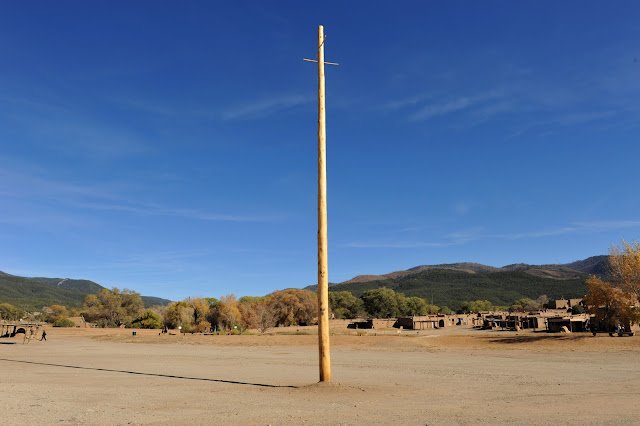 Never figured out what it was, anyone have a clue? 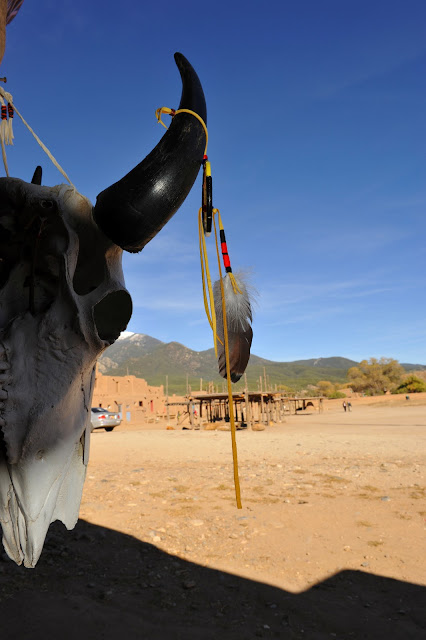 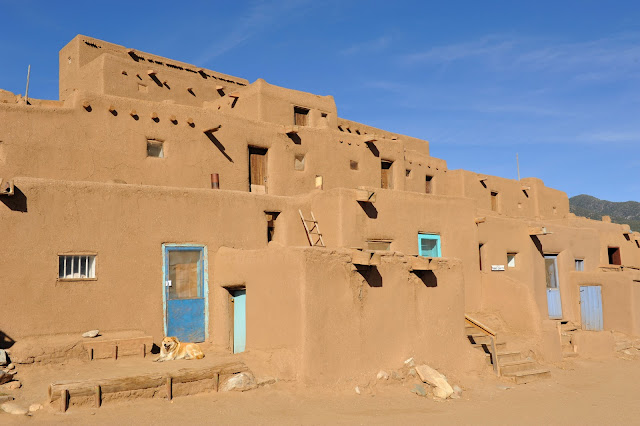 The highest building in Taos Pueblo 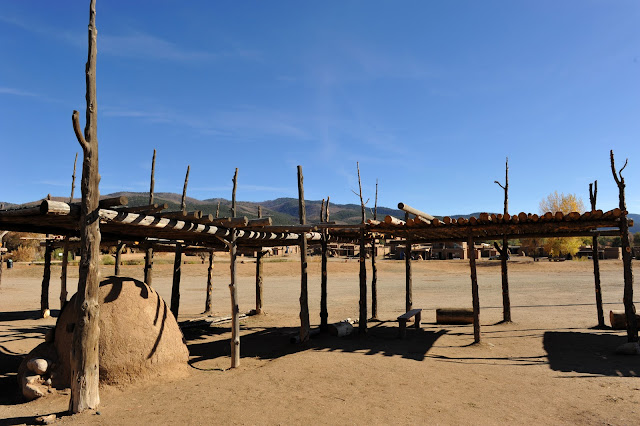 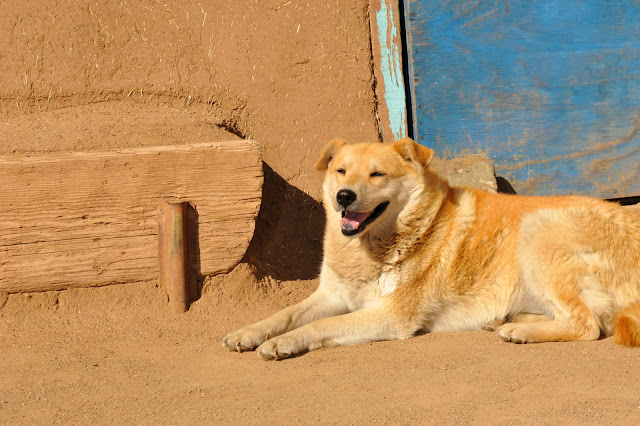 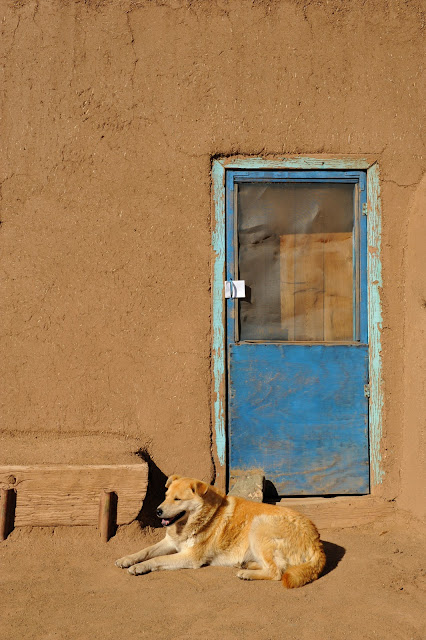 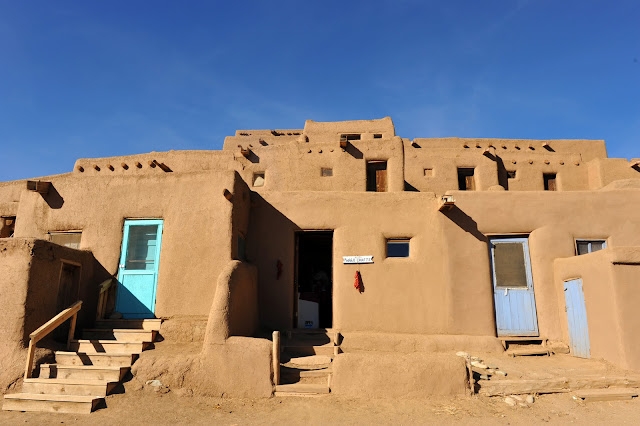 A shop between 2 residences 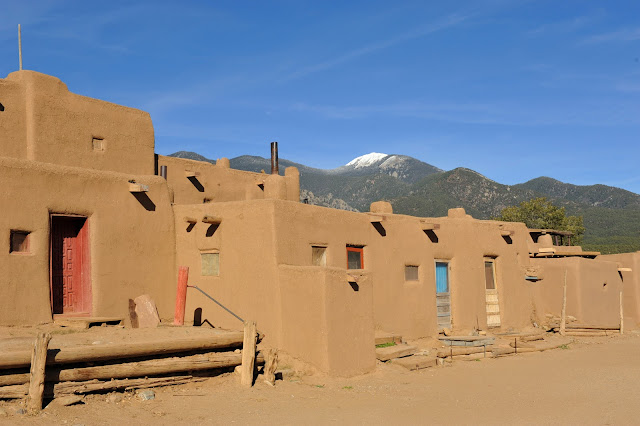 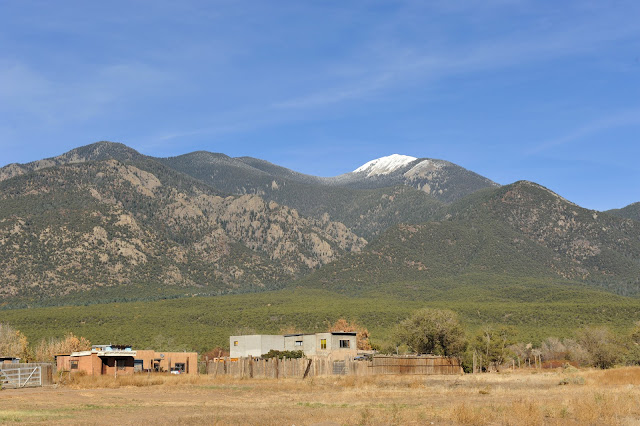 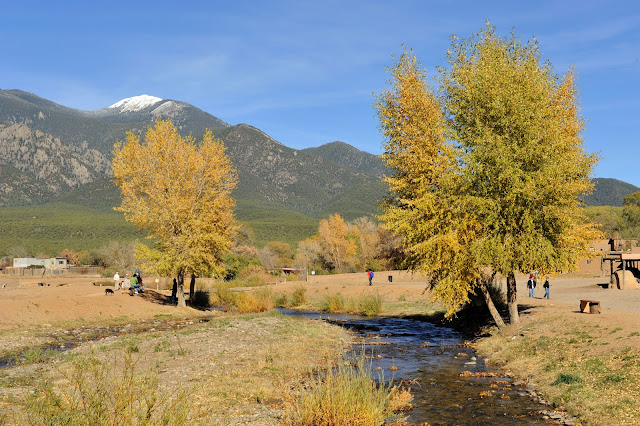 A stream running through the center of Taos Pueblo 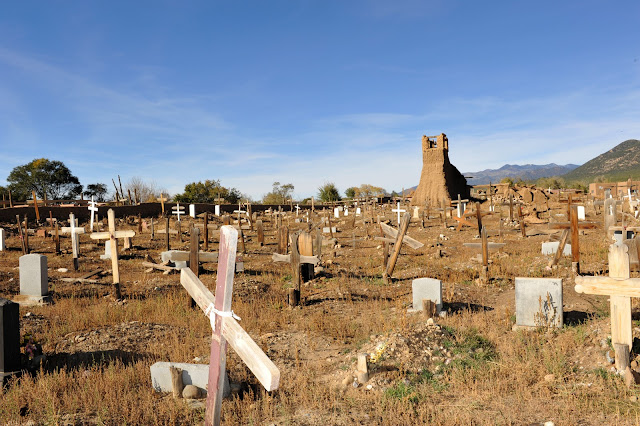 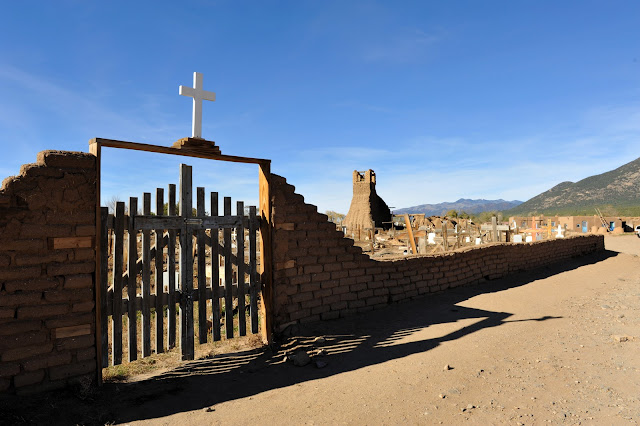 The entrance to the cemetery 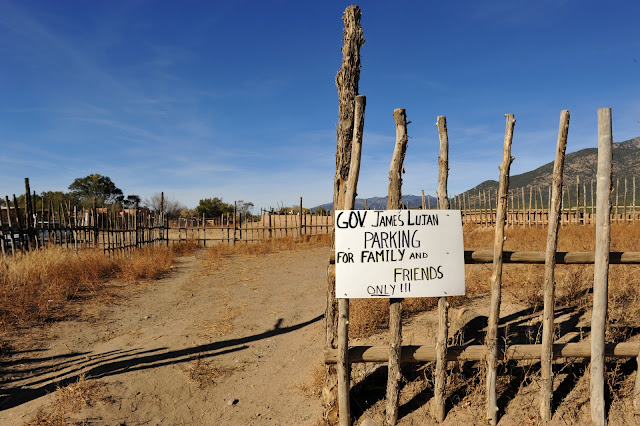 Parking for the governor and his cronies.  The governor is elected by a council of 50 elders.
Posted by justindelaney at 3:08 PM

Email ThisBlogThis!Share to TwitterShare to FacebookShare to Pinterest
Labels: Taos