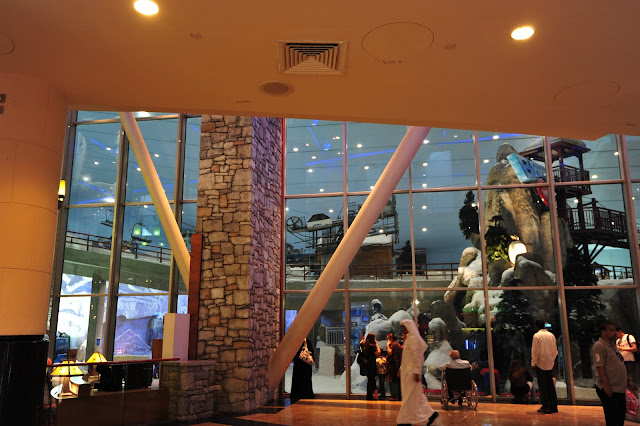 Dubai is the only place in the world where one can ski 3 different ways: snow, sand, and water.  This is thanks to a massive ski slope built into the Mall of the Emirates.  We didn't ski, but did tube down several ice slides, ride the ski lift, and tag-teamed a menacing stretch of slope called Backwinder's Stampede (name I made up).  Both of us almost broke our tailbones on that run.  Kristin also leaped into a padded ball and was pushed down a slope. 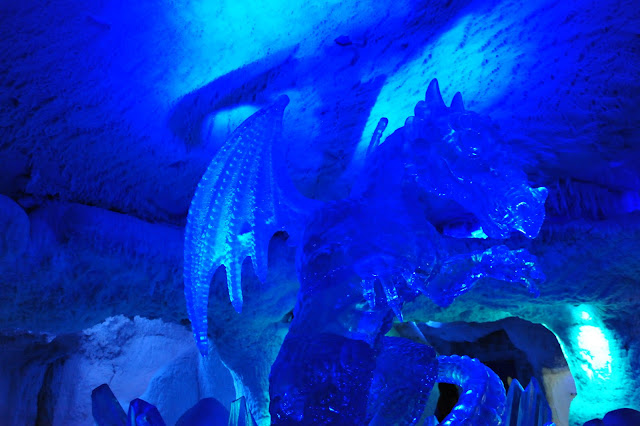 A dragon in an ice cave - after being out in the heat, the negative cold felt mercilessness 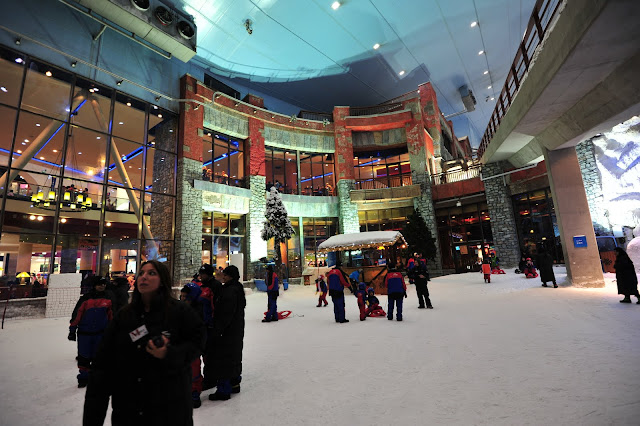 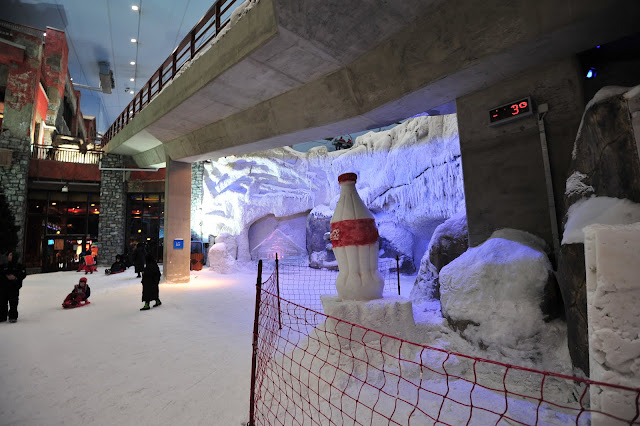 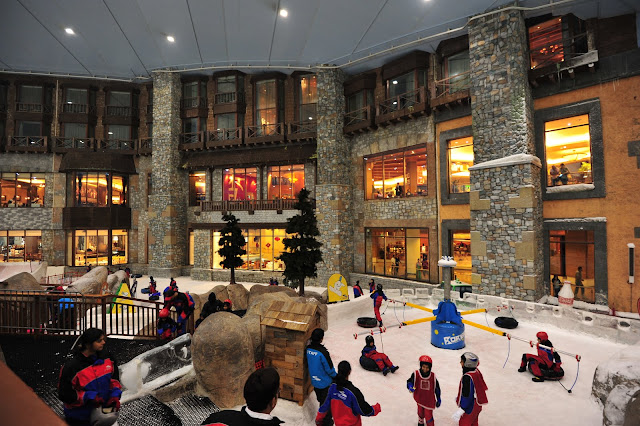 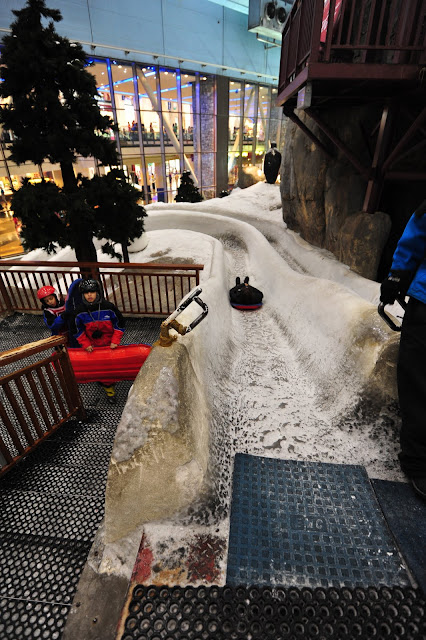 Taking a tube down an ice track 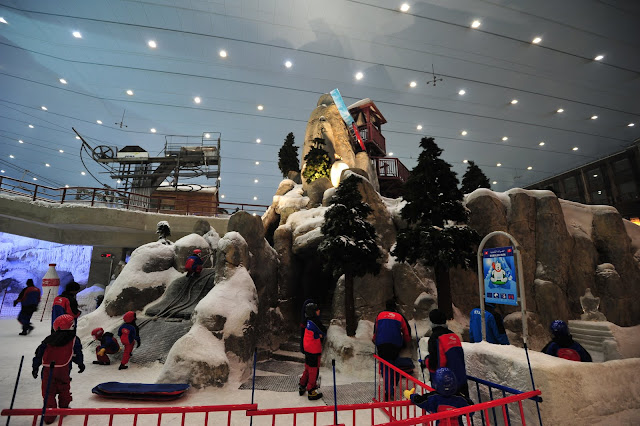 They did a good job giving it a winter wonderland feel 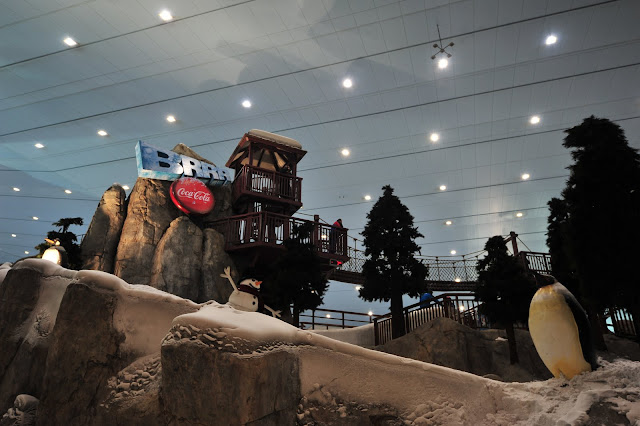 penguins and the ubiquitous Coca-Cola 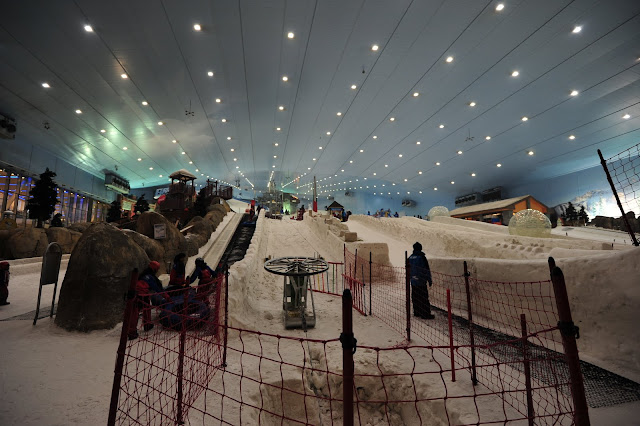 Some small slopes for the kids and Kristin and I 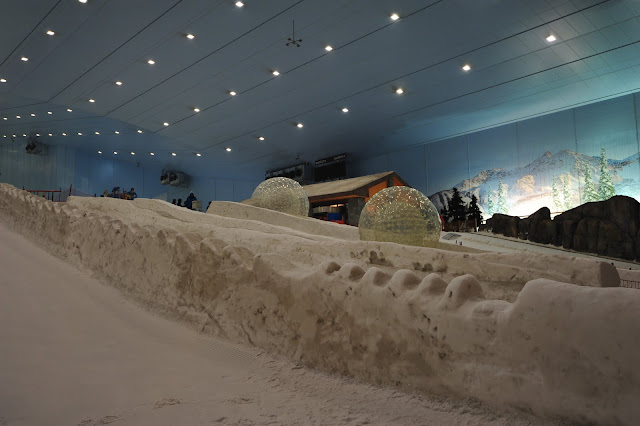 Kristin would later leap into one of these spheres and go tumbling down the hill. 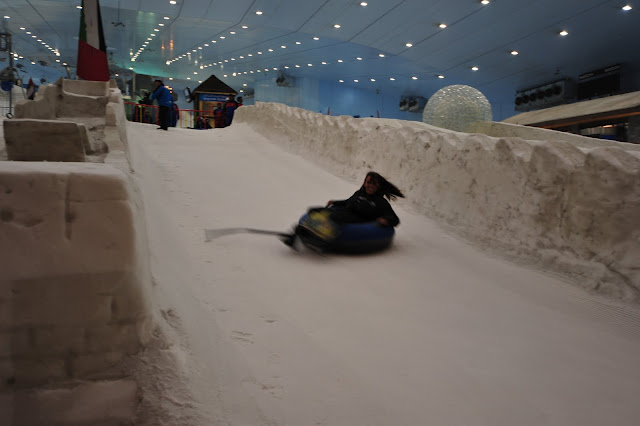 They spun her really good down this slope. 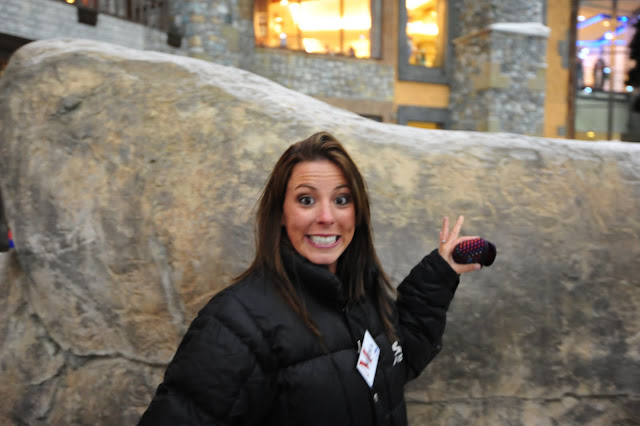 They gave us very heavy jackets 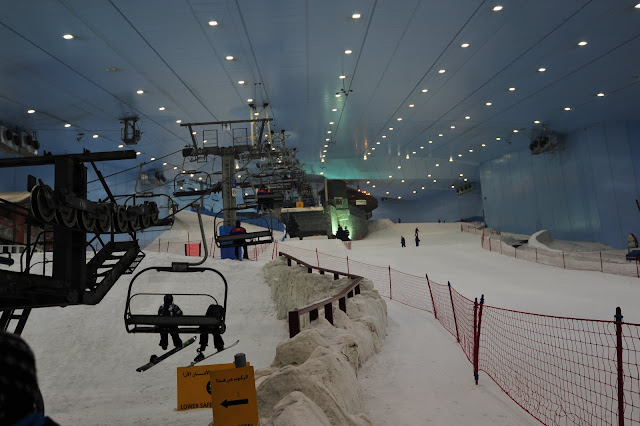 The lift and ski slope 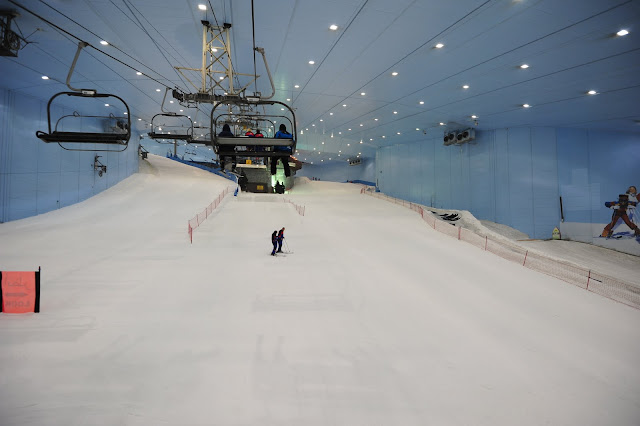 The black slope is at left.  We didn't see anyone use it. 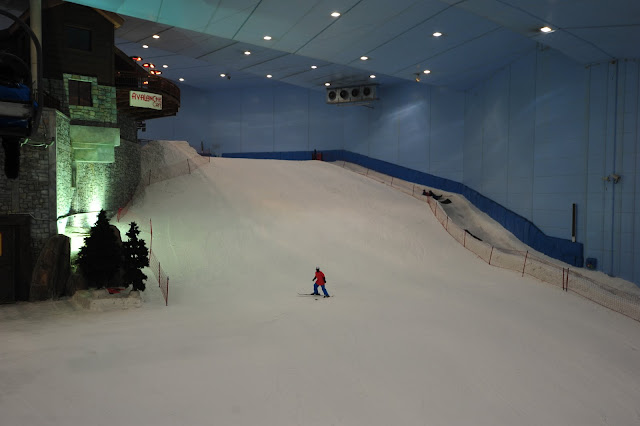 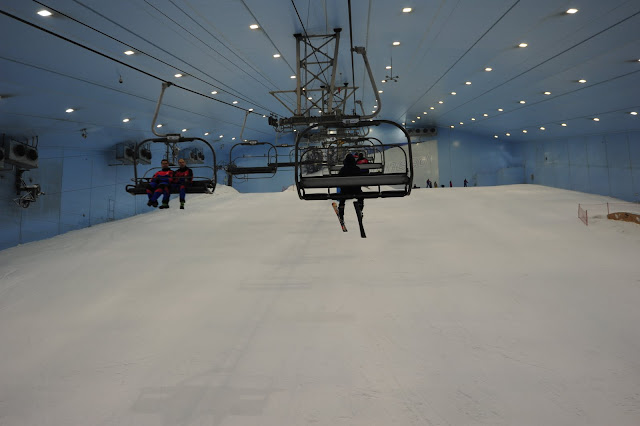 Pretty cool this is all in a mall 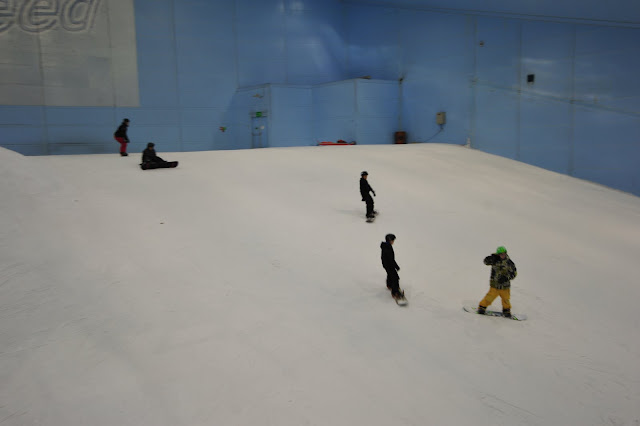 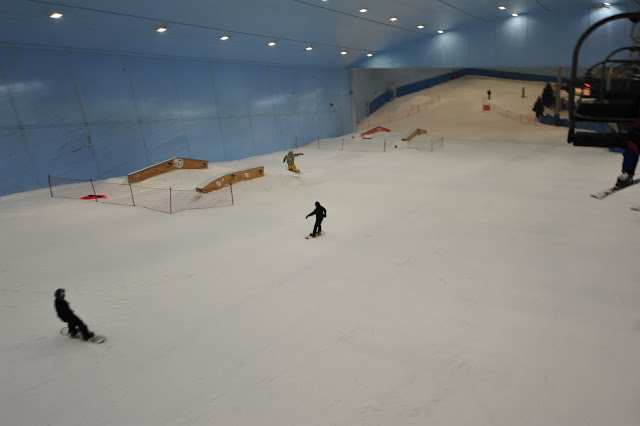 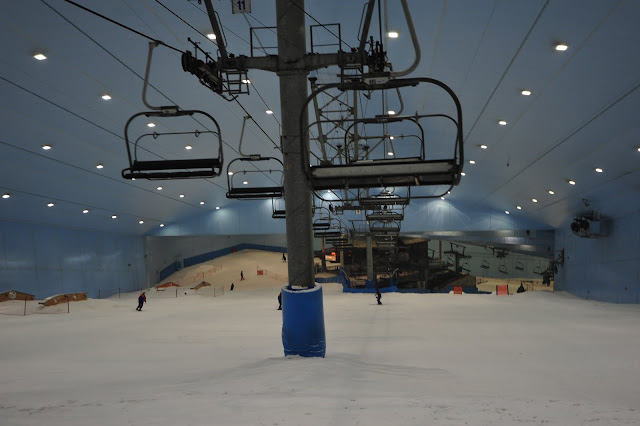 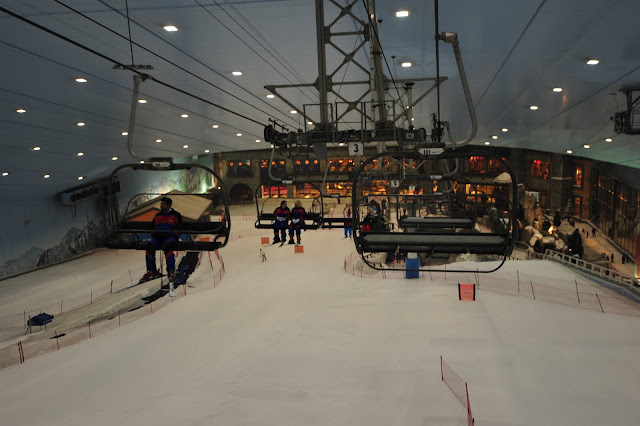 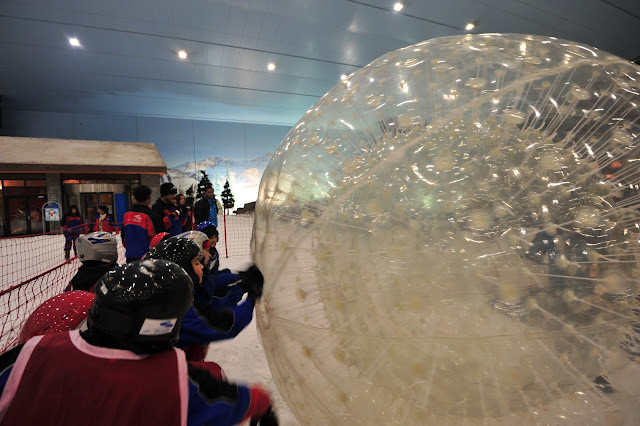 The kids beating the ball back 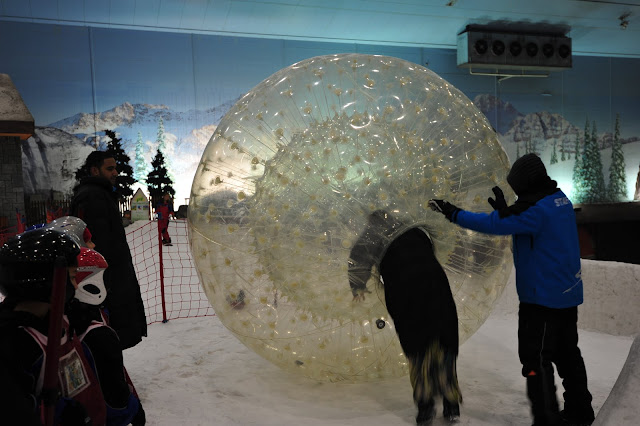 Kristin accepts her fate in the padded ball
Posted by justindelaney at 10:41 PM