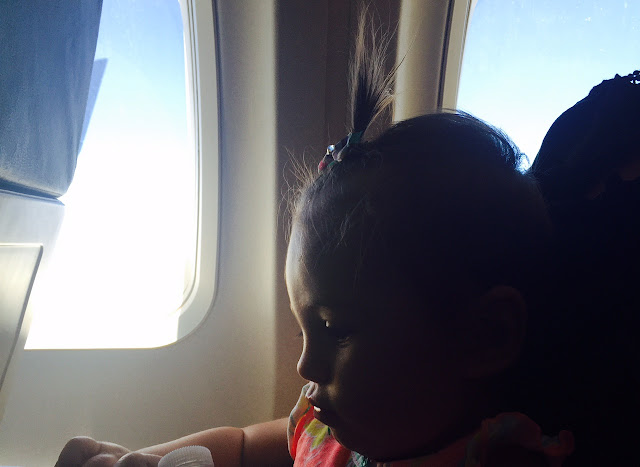 Menguin is in the middle of raising a round of funding, so it is probably not the best time to disappear into the tropics. But, when you plan a trip and promise a trip to your wife and mother in law, follow-through is important.

So here I am, with a million things to do heading to a remote island.
8/28
800am - Wake up, eat toast, realize everyone is gone at the Menguin house
840am - Go to UPS to return some flooring
900am - Arrive at office, take some phone calls, run some reports, act like a spaz because I only have until 10 before...

1000am - A new recruit shows up to meet the team and interview, we talk to her and go for a walk, and realize we will probably be making her an offer
1140am - Run into Jacob and Jacob, Bogdan, and I leave for Ft. Smith airport for my 140pm flight to DFW
1215pm - I am averaging about 90mph in order to not miss my flight. It has been a disaster. We were slow getting out of Fayetteville. I forgot to fill up the car, so a stop at a gas station has put us behind schedule. But, while we near Ft. Smith, something deranged and magical happened. We witnessed a high-speed chase.
1250pm - A man in a beat up SUV has a police car pull behind him with lights flashing. He pulls over slowly, with much debate going on in his head. He considers his options and smashes pedal. We see him start dumping small bags out of the driver side window. Afterwards, he kisses his passenger in a moment of ecstasy and starts the first of several reckless and evasive actions, ending with hitting an exit with the cop slowed down but still in pursuit. They disappear into the ether, and we will never know how that story ends.
110pm - We pull up for my AA flight and I burst out of the car with the same desperation as a meth dealer on the run from the police in rural NW Arkansas. I hit the front desk with MINUTES to spare before they close check-in. I check in and my comrade Bogdan comes racing in behind me with my baggage and for reasons I will never understand, a tripod. I check the bag and tell him we will make great wedding photographers some day if Menguin falls through -  he looked official with the tripod.
130pm - I call my good friend Donald to chat about some opportunities.
145pm - My flight aboard a very small RJ takes off. I do some stuff in excel.
300pm - I meet up with Kristin, Harper, and her Kristin's mom in terminal E at DFW. We check in for our DL flight. The gate agent really messes up and it haunts us later.
400pm - We go to AMEX centurion club which I love. The food is a little off, especially from my visit earlier in the week, but I get a great free massage. Hard to complain.
600pm - Board flight to ATL , fly through some storms, land, go to westin, accidentally order 2 pizzas, go to bed

8/29
645am - Wake up and head to airport on board the most crowded hotel shuttle I have ever been a part of. There were about 25 people on it.
845am - Eat breakfast in the Skyclub - cinnamon rolls, a bagel with peanut butter, yogurt, and some cereal. I am full.
930am - Our flight takes off at 945am. We are finally boarding to leave. At 930am, the agent tells us we cannot get on the plane because we did not pay an infant in arms tax. Of course, there is no way to pay this tax at the gate. There are things in this world that you do not know until they are staring you in the face like a bastard. That happened. There is only one flight a week to Bonaire, so we could not just take care of it and hop on the next flight. The gate agent told us she did not care if we made the flight, which is pretty un-Delta. We, of course, did care. I sprinted to the ticket counter in  my flip flops, gave them my AMEX number. She tried to fix it for 10 excruciating minutes, but could not sort it out. I was told the gate was closing in two minutes. I sprinted back. Told them to do whatever it took. We boarded about 30 seconds before the gate closed. That is probably why they lost all of our baby luggage and mother in laws clothes...
1000am - I get a solid 3 hours of work in and we land in gorgeous Bonaire
300pm - When the baggage carousel at Flamingo Airport of Bonaire just shut down, we knew we had missing bags. My mother in law's bag, complete with Harper food and all of her clothes was MIA. Even worse, Harper's car seat was also MIA. Since there is only one flight a week to BON from ATL, we were not really sure how this would all work out. (Delta ended up flying our bags to Amsterdam to catch a direct flight from AMS to BON much much later.)
330pm - Our AirBnB host picks us up from airport - a nice Dutch man named Peter. We are staying in his beautiful house perched on the hills above the capital of Bonaire - Kralendijk. His house is built on 15 million year old hardened volcanic rocks from Bonaire erupting from the seafloor. It is a great place with about 20 quiet places to sleep and a pool that we, surprisingly, cannot use passed 7pm. The Europeans and their rules...very unTexan.
430pm - Peter shows us one of his favorite snorkeling spots right beneath the cliffs near our rental. The water is pristine and filled with fish.
500pm - We shamefully eat at KFC because we could not find anywhere and Kristin was starving
600pm - We go to a local Dutch supermarket after getting half lost in our 4 door Toyota pickup. It is an awesome store. They even have a machine that makes fresh orange juice for you and you get to push a button to smash the oranges!
700pm - It takes 30 minutes to check out. 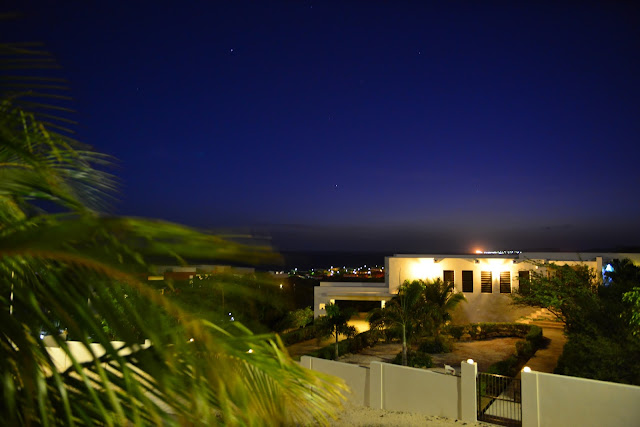 800pm - I cook pasta and everyone argues about pointless stuff. We hang out on roof deck
1100pm - Fall asleep after watching some Toy Story 3 and wrestling Harper to sleep for about an hour.

Posted by justindelaney at 9:18 PM