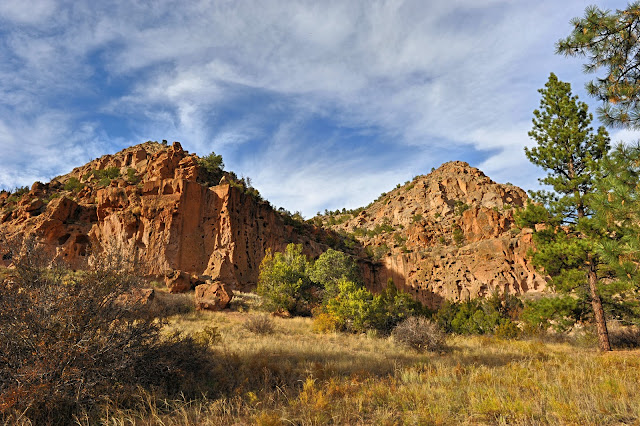 Bandelier National Park is about an hour drive northwest of Santa Fe.  The park's main attraction is the cave dwellings that were used by the Ancestral Pueblo people that line Frijoles Valley.  It is definitely worth a stop.  Here are some photos. 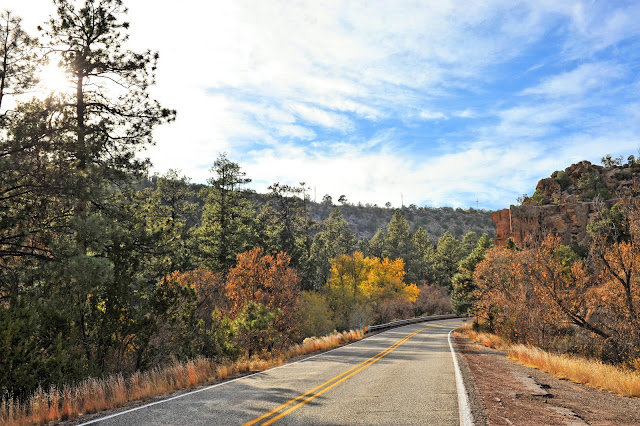 The drive into the park is stunning, like much of Northern New Mexico. 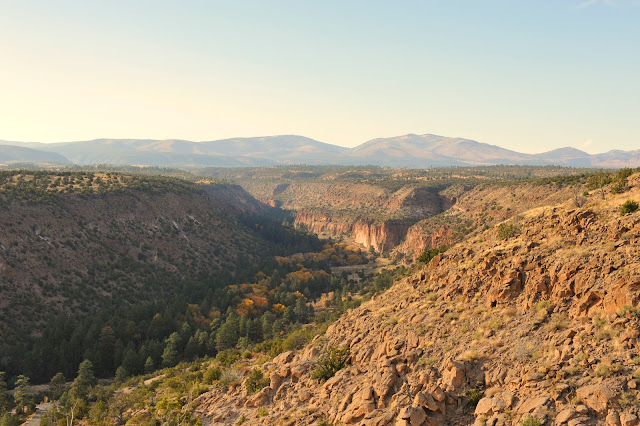 Directly after paying a $12 fee and passing through the welcome gate, we were greeted with this great expanse. 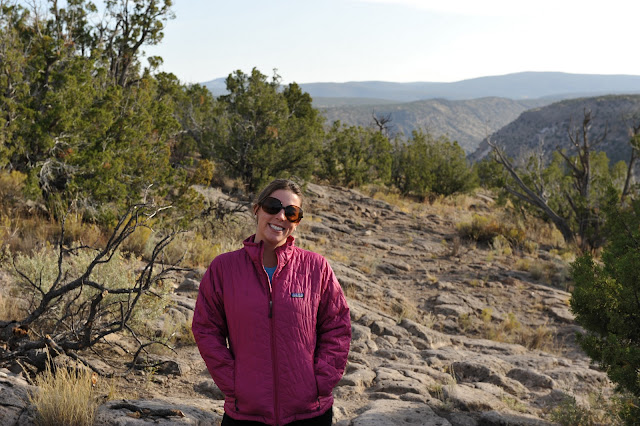 We got out of the car and looked around.  Here, Kristin poses for the camera. 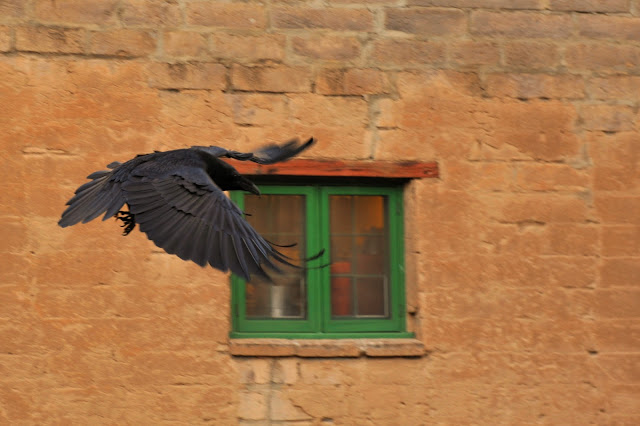 This was massive crow.  Crows are amazingly intelligent.  Aside from Humans, crows are one of the only animals that utilize tools for survival. 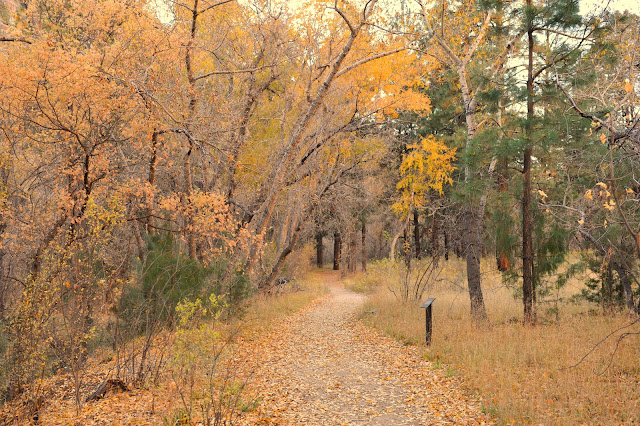 WE set off on the main Bandelier trekking loop, which only takes about 2 hours round trip.  You could do it much faster. 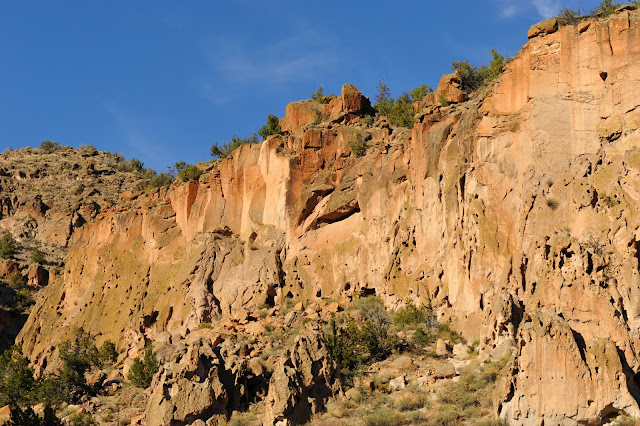 The cliffs here bear a resemblance to swiss cheese, with many holes. 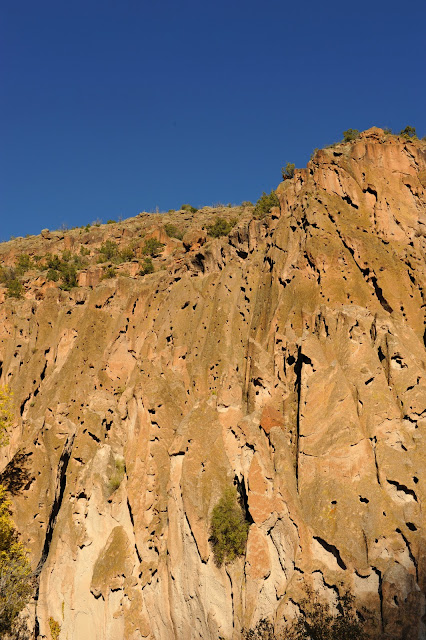 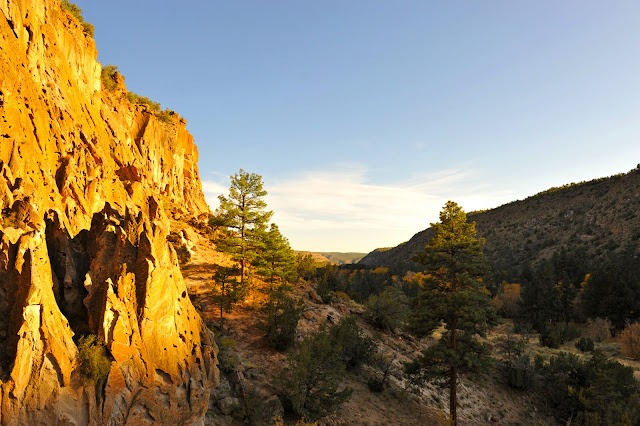 Looking back at the progress we had made, we pushed on further along the path, which now took us up along the cliff wall. 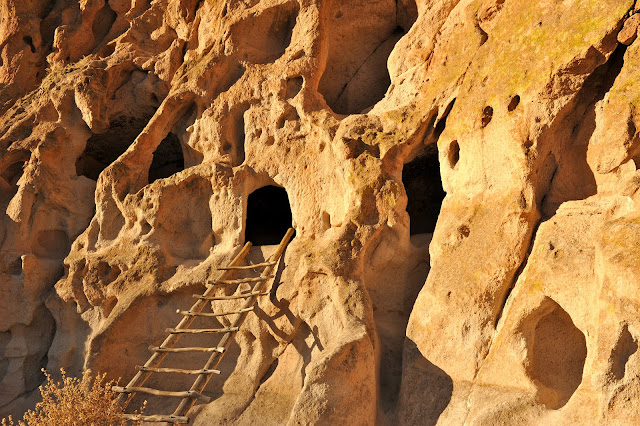 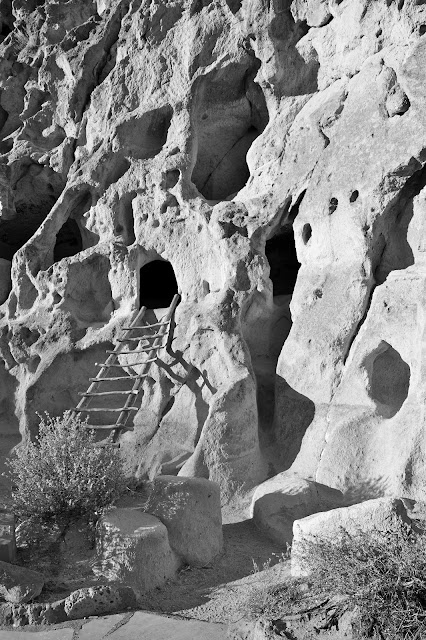 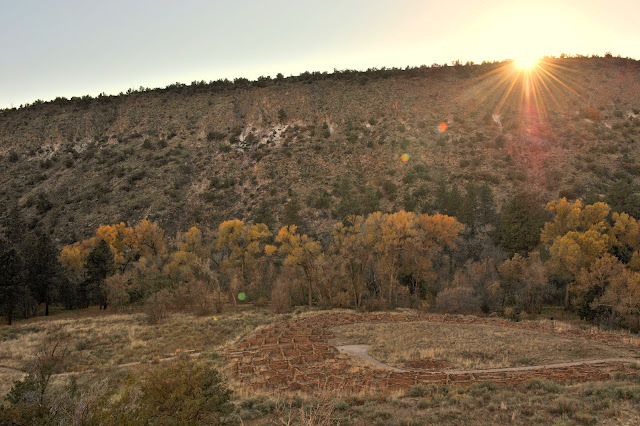 The sun was getting low over Tyuonyi Village. 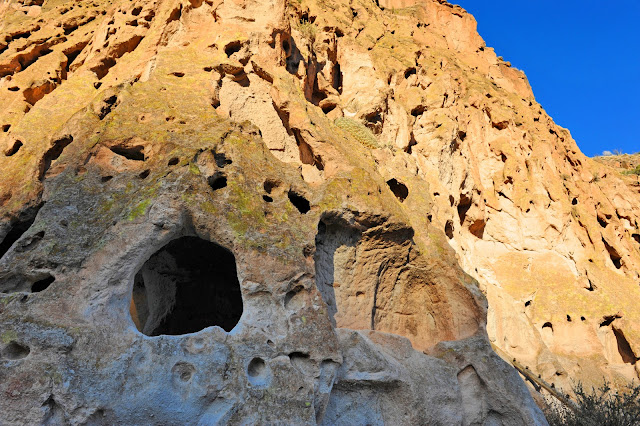 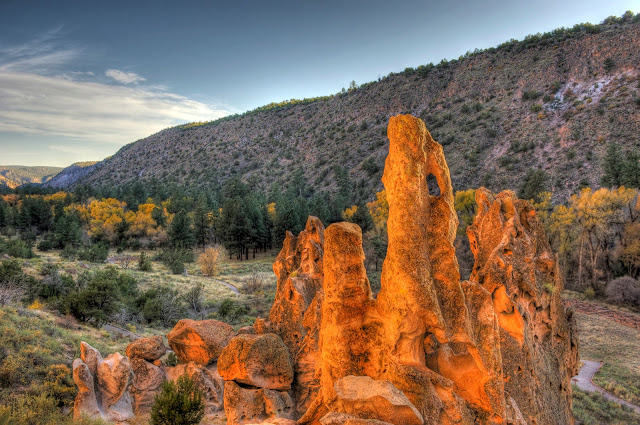 This hdr of the valley almost looks like a painting. 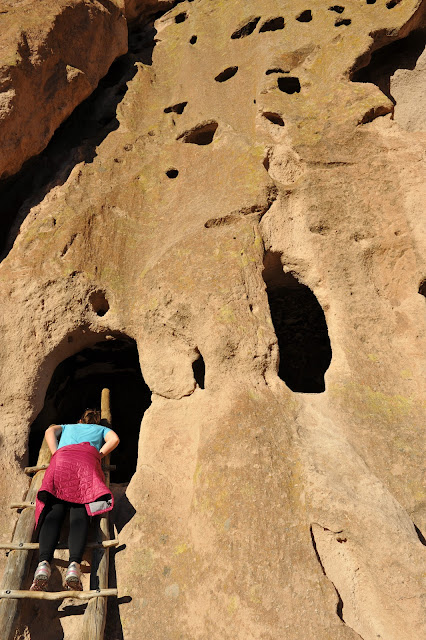 Kristin peaks in a house. 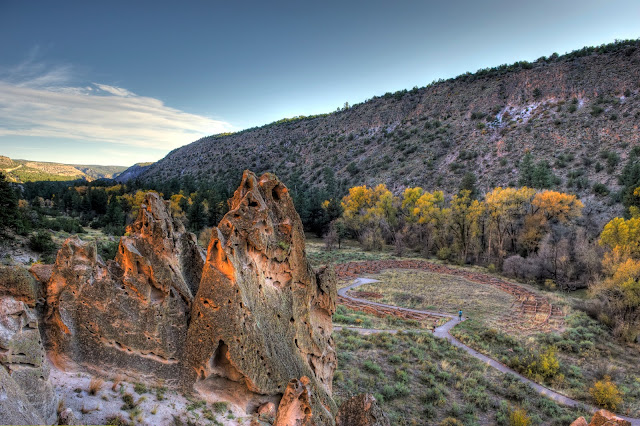 Some rocks and Tyuonyi Village, with a person to show scale. 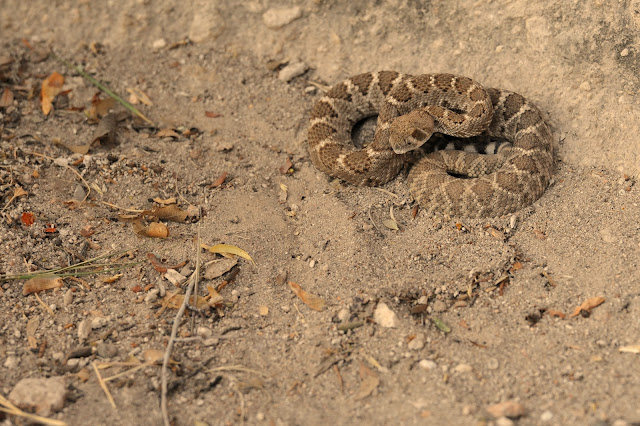 We crossed path with a juvenile rattlesnake and hot damn this bastard was mean. 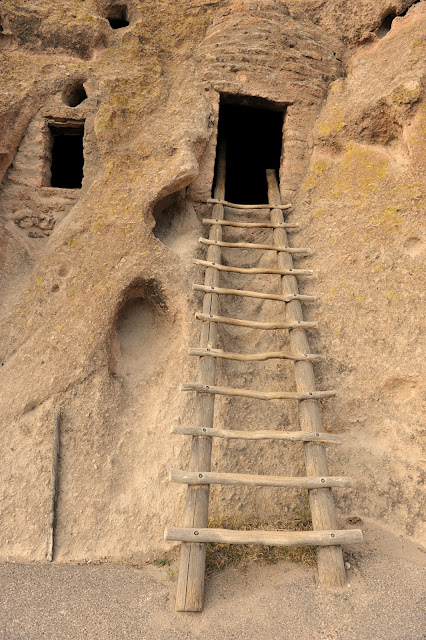 Big picture, the rattlesnake is located just to the right of the ladder. 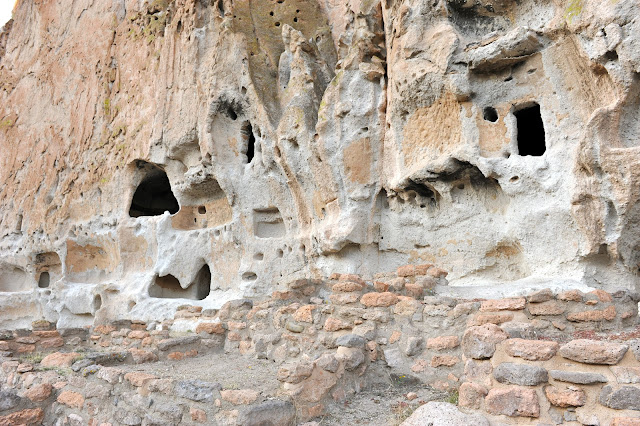 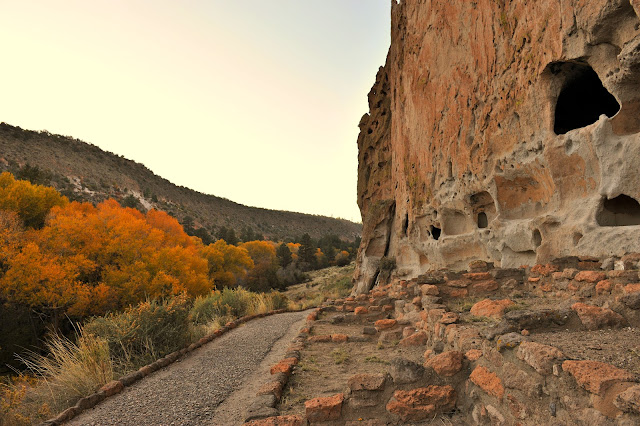 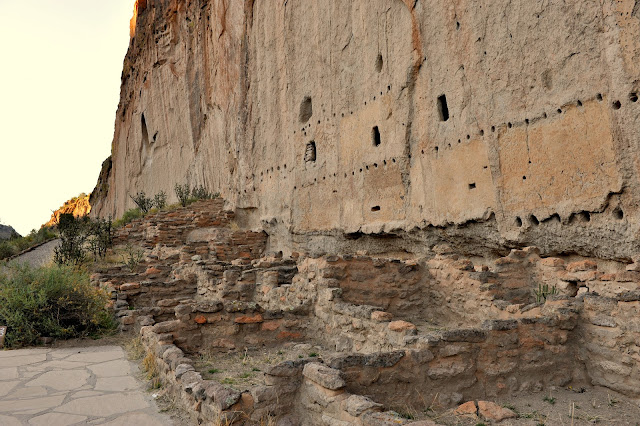 This was an area called long house, likely because it is a long house. 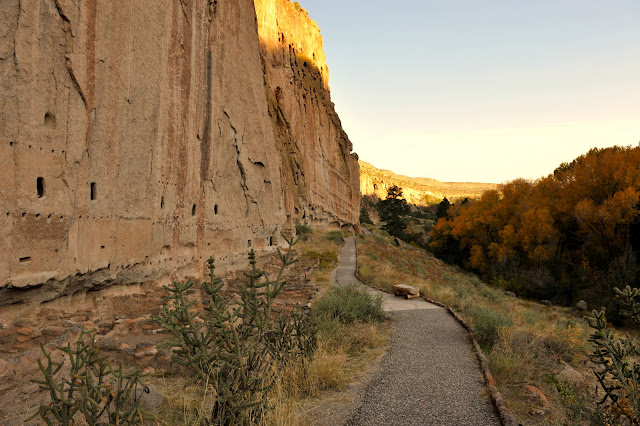 Looking back at Long House 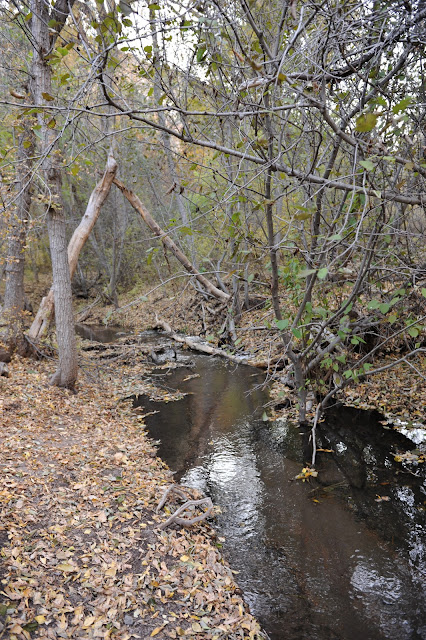 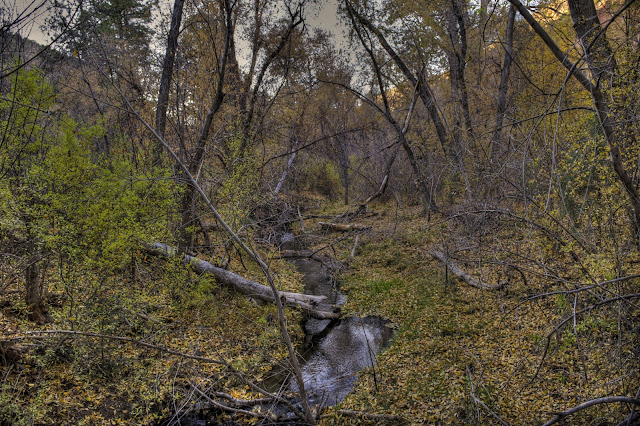 Happy Thanksgiving, I am heading out of town, be back next week.
Posted by justindelaney at 1:27 PM

Email ThisBlogThis!Share to TwitterShare to FacebookShare to Pinterest
Labels: Bandelier