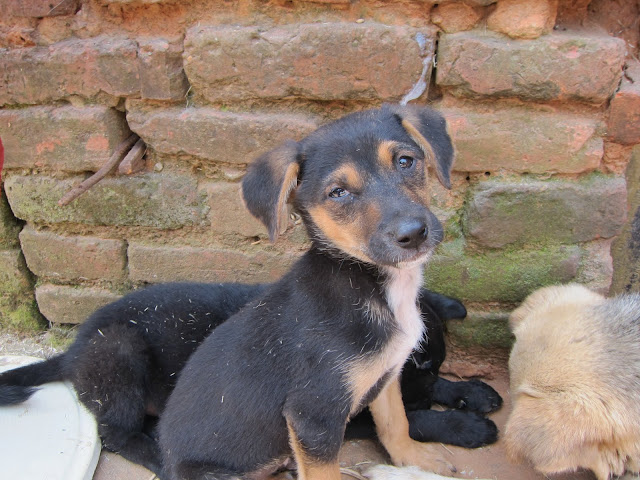 So I thought this trip I would give blogging a shot. I am in no way a writer like Justin at all. I actually despise writing. But I thought it would be fun to upload the pictures from my camera and give my point of view of the trip. Please do not judge my grammar, I went to Celina High School and we colored signs to put on the lockers of football boys and practiced game day stuff during class. Grammar was the least of my worries then.. 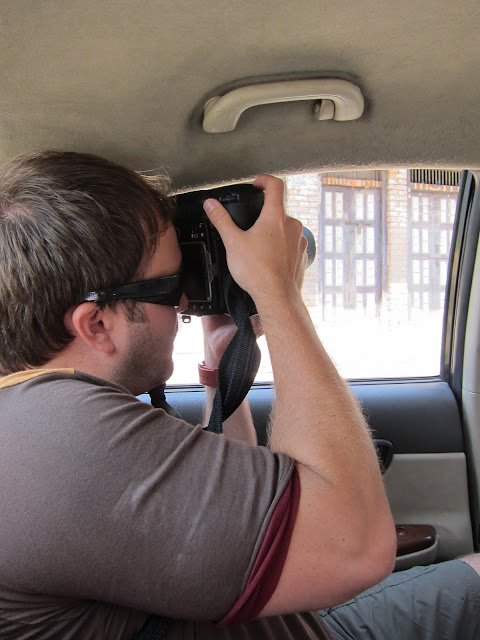 This is what Justin does every cab ride. I do not know why. The pictures never come out good and he spends at least an hour at night going through pictures and deleting them.. But it keeps him busy, so I don't really say anything anymore. 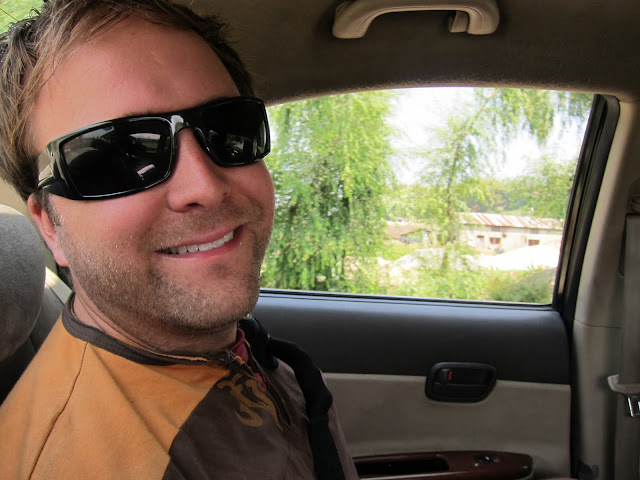 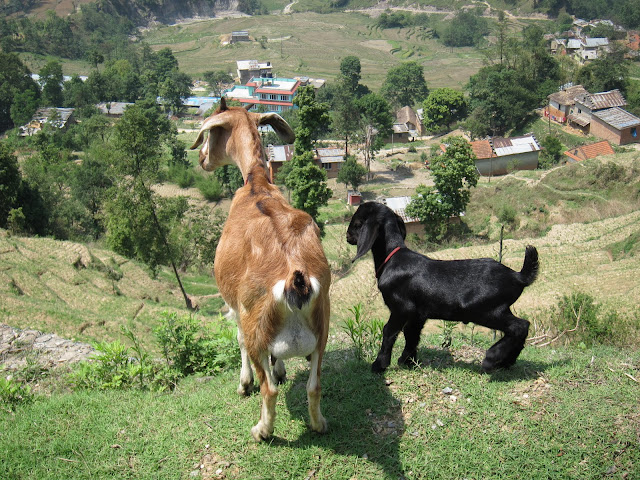 I made the taxi driver stop so I can take a picture of these goats. Goats are everywhere here but baby goats are hard to come by. 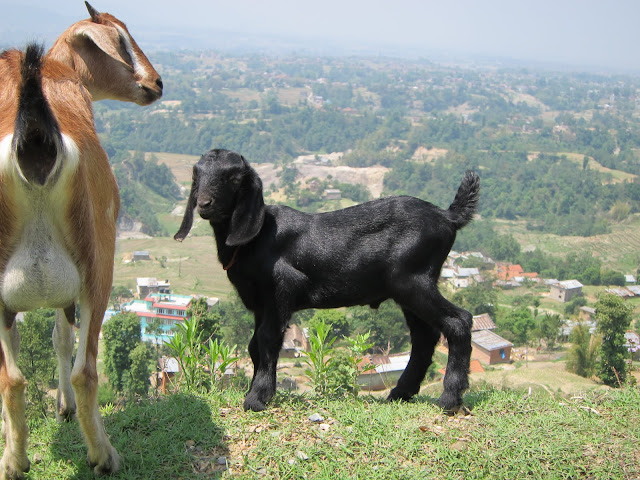 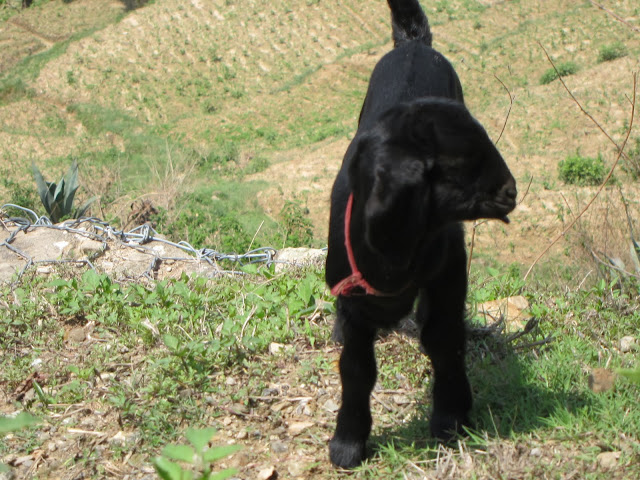 I wanted to touch his nose. He didn't let me. 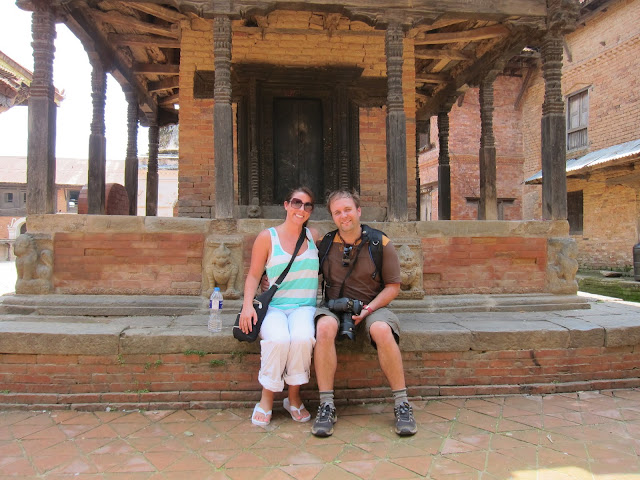 Taking a break from temple exploring. Justin only lets strangers take pictures of us with my camera. Which is understandable, if someone made off with his camera it would cover rent in Nepal for 3 years.. 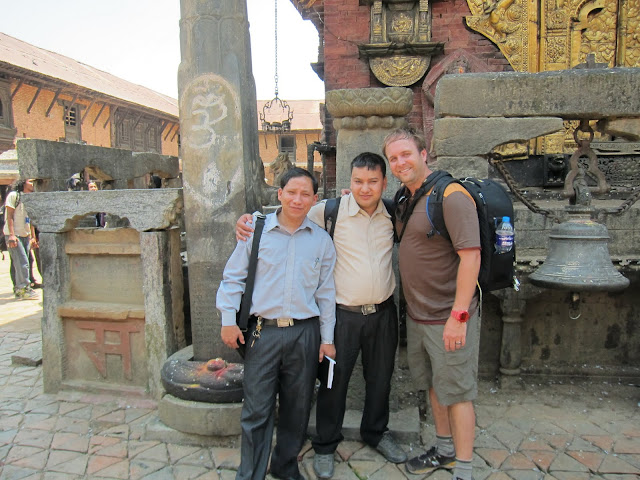 Students from a film university in Nepal. The guy in the middle was studying to be a director. 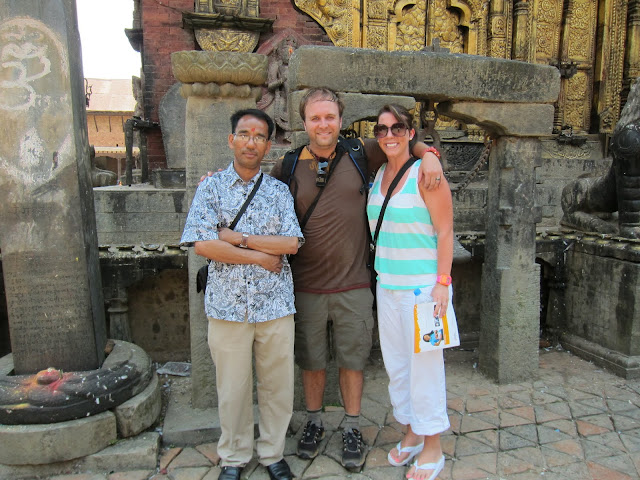 Justin and I with the professor. I am holding a brochure for the film school. They wanted Justin and I to visit the school. I told them maybe to be polite,but there is no way I am going to class on holiday..

There are cute pups everywhere. I just want to pick them up and squeeze them. I usually do in the states even if they are on the side of the road. But these pups are not the same over here. They will bite. No matter how cute and cuddly they look. So I just take close ups of their noses. Yes, I have a nose fetish. I love all animal noses and it pains me I can not touch them. Just ask Lou, I touch his nose like 25 times a day.. 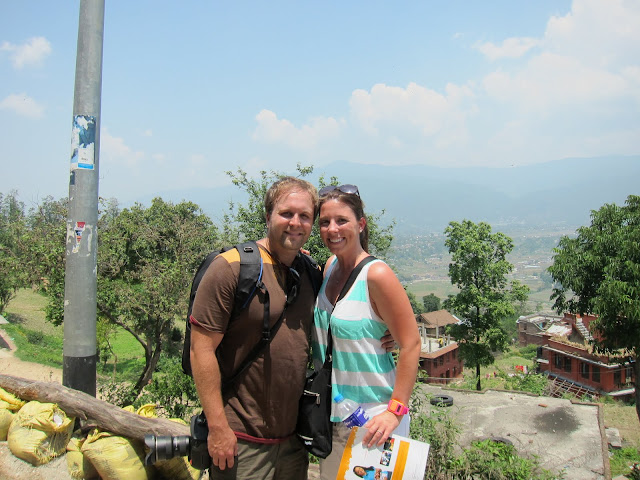 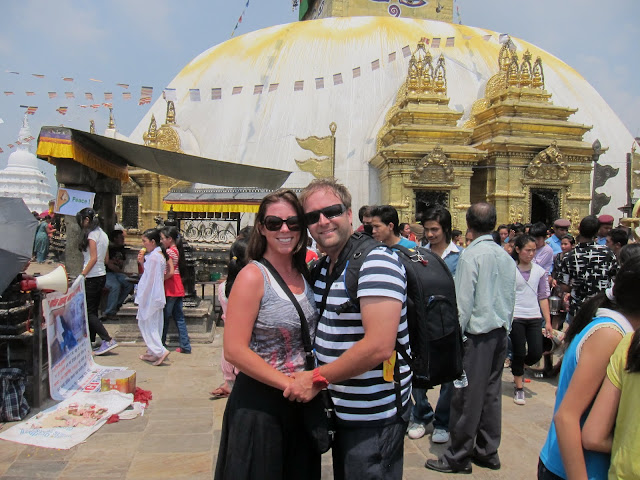 Justin and I at Monkey Temple. It was Buddah's Birthday. The place was packed. Oh and the year here in Nepal is 2068, strange but whatever. 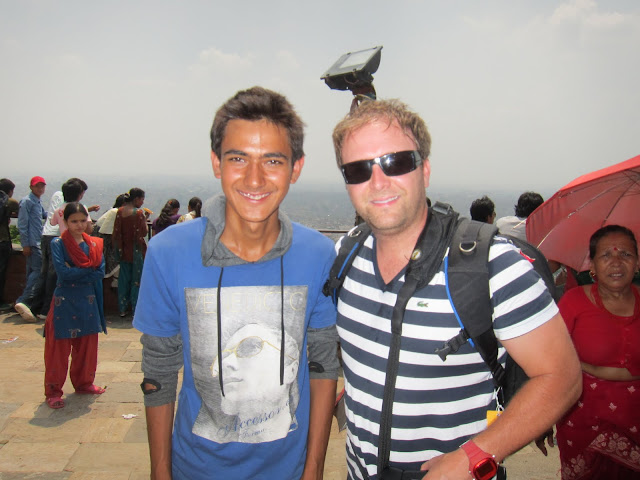 Our 16 year old tour guide, Monhaj. He is super smart. Maybe smarter then me, and I have a college degree from the USA. His English is amazing and he also knows Russian, French, German and more Spanish then me, and I live next to Mexico. Sad. Monhaj had 9 girlfriends last month. He dumped them all because he got bored. He is a stud. In this pic we are eating Jolly Ranchers. He said the only flavors of candy they have in Nepal is chocolate. I whipped out my spare Jolly Ranchers and let him pick from Apple, Blue Rasberry and Watermelon. He picked Watermelon and was blown away. 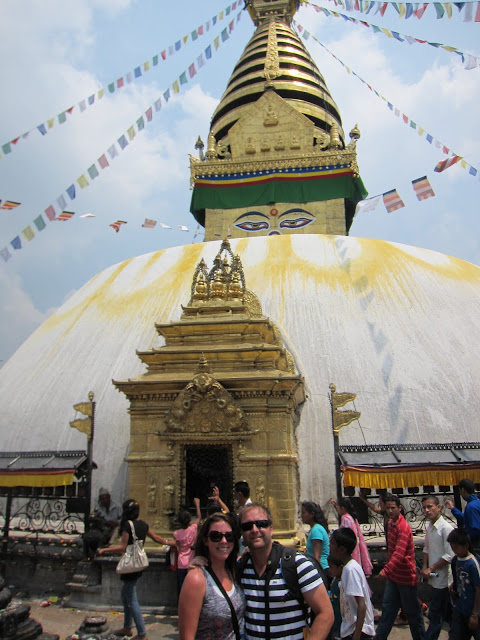 At Monkey Temple, My camera sucks compared to all of Justins HDR pics.. 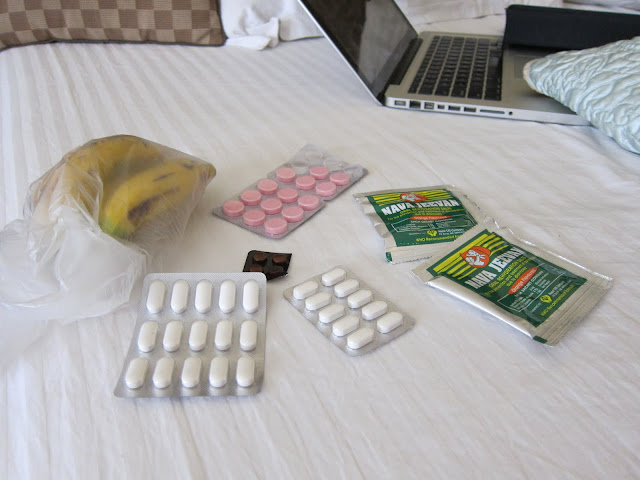 We are only 5 days in the trip and Justin got sick. I did my first duty as a wife and walked the streets of Pokarha by myself to the Pharmacy. I got boo plenty of meds and bananas. I have never seen boo this sick. I think it is because he ate chicken. I have eaten all vegetarian dishes and I feel great. His first three meals were all chicken of some sort. Gross. I have seen the meat stores in town and there is no way I am eating that stuff. But hey at least we are in a proper hotel room and not in a pod. I got hot boxed in a pod in the Amsterdam Airport. It was horrible. I cried. 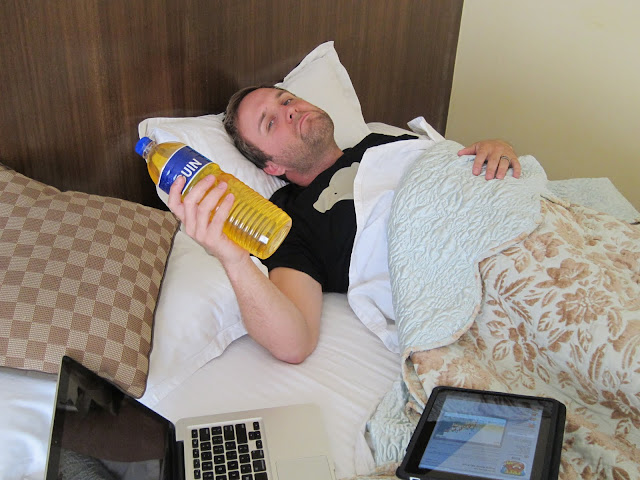 After drinking some fake Gatorade, Boo passed out. I went to the hotel bar and drank a San Miquel and smoked vanilla shisha while finishing up my Chelsea Handler book. 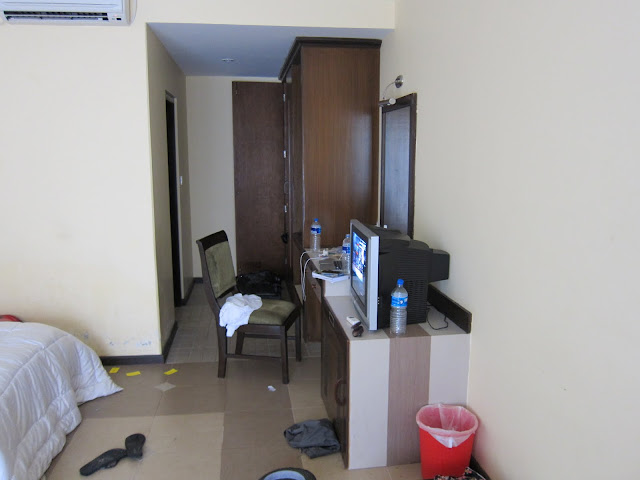 This is what a hotel room looks like after you leave a sick boo in it for the whole day..
Posted by justindelaney at 11:10 PM