The pods of our life 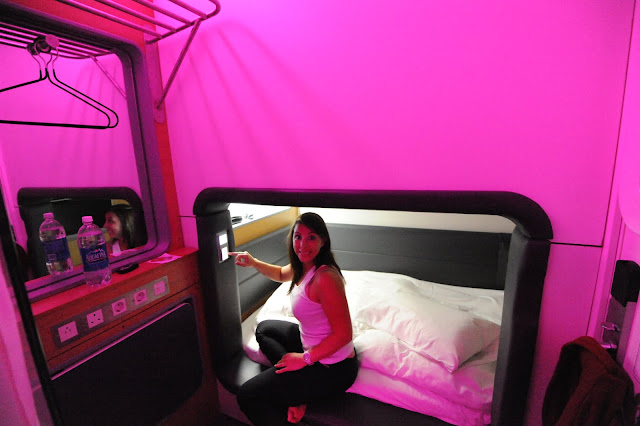 As usual on a trip across the globe, there were characters during our hops from one destination to the next.  On our flight to Amsterdam, we sat next to a Lithuanian chess master on scholarship at UTD.  Apparently UTD is one of the few schools to hand out scholarships to chess players. He was returning home to Lithuania for the summer months.  Kristin swears his name was Cod, but I would almost gamble a fortune that it was Todd.  It is a point of debate between us.  Among his more difficult adaptations to American life was the appropriate way to navigate through a Subway sandwich shop.  He was amazed at the level of sandwich freedom - all of those toppings, for free.


At the Miami airport in the john, I overheard a stringy haired languid fellow preaching safety in Jamaica to a well built black teenager.  Normally, I do my business and leave such situations, but his words of strange wisdom bouncing off of the bathroom walls forced me to linger for a few moments, savoring the strangeness of the exchange.  He point blank asked this much larger man what he planned to do for safety in Jamaica while casually mentioning that he spent a lot of time in Kingston while married to three separate Jamaican women.  The young man, who was possibly a student leaving the country for the first time, listened in horror as the much older man instructed him on several knife wielding techniques and how to stab your assailant when attacked from behind.  The man was probably 80 years old.  He made the black guy promise to buy a knife when he touched down in Kingston, nothing shorter than 6 inches.

Kristin and I stayed in a couple of pod hotels during our ambitious trajectory.  At this point, I cannot help but share my love of these fantastic creations.  They are small sanctuaries of respite in airports filled with demon armrests and disgusting floors.  Most airports seem to be designed to challenge weary travels into attempting slumber like some sort of cruel experiment designed by men with long fingernails and yellow teeth.  The pod hotel represents salvation from this cruelty.

In Amsterdam, we stayed at a place called yotel hotel (pictured above) in a room no larger than a master closet.  We had a three hour layover before heading to India, and we were exhausted.  The hotel provided privacy and the potential for rest.  Unfortunately, my intestinal anguish hotboxed Kristin into a frenzy and the primary benefit reaped from our 35 Euro purchase was the use of the excellent shower.  It was not the way I wanted to board my flight to New Delhi - tired with a churning stomach.  You go to India to get your stomach beat up, arriving in such a place damaged could prove to be a new low.  When they placed the matar panneer in front of me on the KLM flight to New Dehli, I flinched and my stomach turned.  The smell of Indian food coated my nostrils.  Each bead of condensation on the stained foil wrapper draped over the peas and tofu tortured me separately.  Kristin snoozed, knocked out from Ambien.  The head flight attendant brought me two flutes of champagne with a cheery Dutch congratulations.  Kristin did not budge, wrapped in a strange three blanket Ambien cocoon with tweets leg casually dangling out of a side vent and into the aisle.  I have never been so uncomfortable on a flight.

We reached India at midnight.

In India, we retired to a pair of sleep pods called "Sams - snooze at my space." The loudspeaker announcements of departing flights peppered my dreams with foreign suggestions.  Eventually, we awoke and made it to the strange land of Nepal.

So, while you sit there jealous of the travelers in exotic locations, consider too the great lengths we must go to just to get to point B - the sleep deprivation and failed meals, the 6 hours it takes to go 75 miles by car and the brutal plane trips.  Next time you are sitting in your office, jealous of the traveler, picture me holding two glass flutes filled to the brim with champagne.  A damp Indian dish assails my nostrils and I clench my butt cheeks.  I am trapped between my drooling wife and an Indian student, fighting for the arm rest with each - a battleground for the remaining shreds of my dignity.  Picture that with eight hours to go... 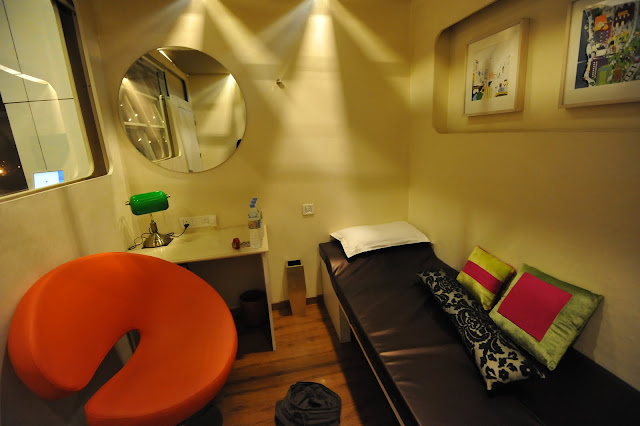 My pod in India 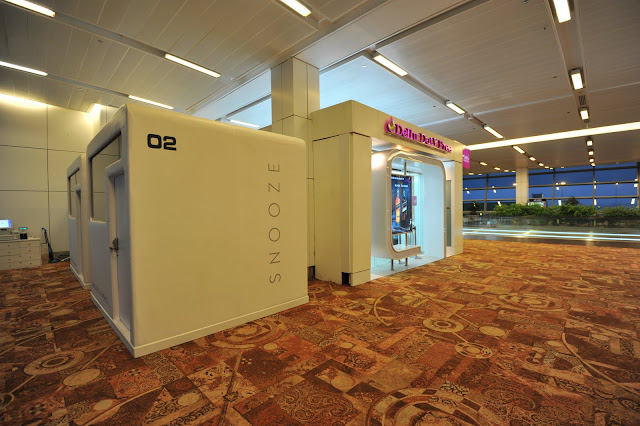 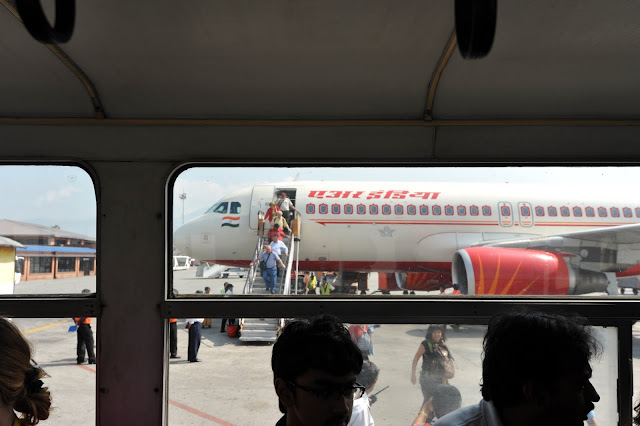 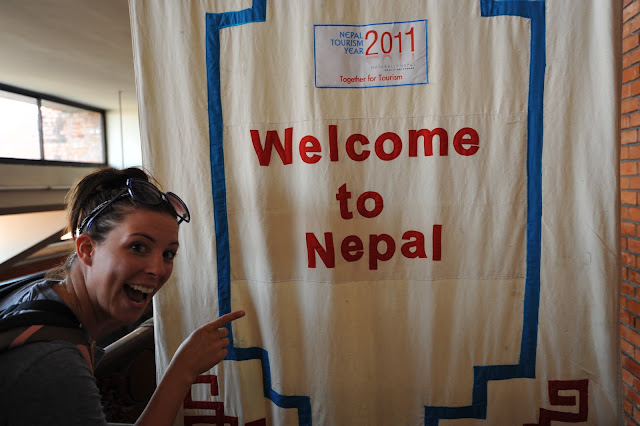 At last, but what now?
Posted by justindelaney at 6:22 AM

Email ThisBlogThis!Share to TwitterShare to FacebookShare to Pinterest
Labels: India