Bryan Adams is huge in Nepal 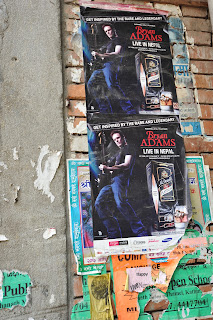 A strange undercurrent has taken a turn for the surreal during our adventure through Nepal. On our first day in Nepal, we befriended a 16 year old named Monaj and when we got to talking about music, he was only interested in talking about one man - Bryan Adams.  He even sang the first few lines to summer of 69.  We thought it was odd that a teenager was so fond of the aging rock icon.  The Bryan Adams madness only ballooned from there.

After you become aware of something, it seems to occur everywhere.  After Monaj spoke of his love for the crooner popular for such songs as "I wanna be (your underwear)" and 18 going on 55, we could not escape the stylings of the Nepalese heartthrob.  I could not help but picture him bringing down the house in Kathmandu to a crowd of weeping Nepalese with a heartfelt rendition of "(Everything I do) I do it for you."

And it happened, he performed in Kathmandu a few months ago.


Currently, the master of parenthetical song titles is an ubiquitous tour d' force in our day to day lives.  From the cafes of Kathmandu to Indian restaurants in Pokhara, escaping the sonorous hymns of Adams has become a futile errand.  He is everywhere.  Yellowing concert fliers still adorn many squares from his concert long passed.  Tonight at dinner, we were served a side of Adams (new material, I had to ask the waiter if it was in fact Adams, his eyes lit up at the mention of his name), and tomorrow at lunch, you bet your ass we will be jamming to "Summer of 69" over a plate of dal bhat.