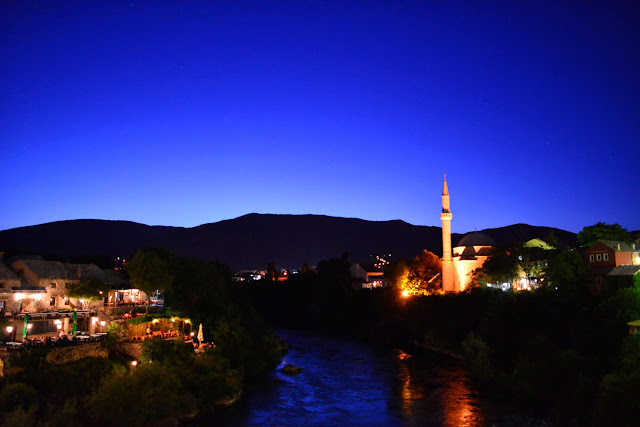 One of Bosnia and Herzgovina's most picturesque mosques sits quietly perched on a bank of the Neretva river.  It is not extraordinary, but just looks perfect next to the flowing green river. Open since 1617, the mosque has been around since Ottoman times and flanks one of the oldest markets in Mostar, where travelers can buy local fruits, pomegranates, and honey. 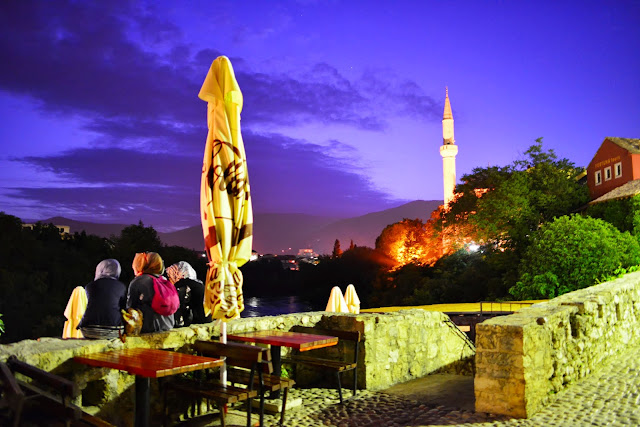 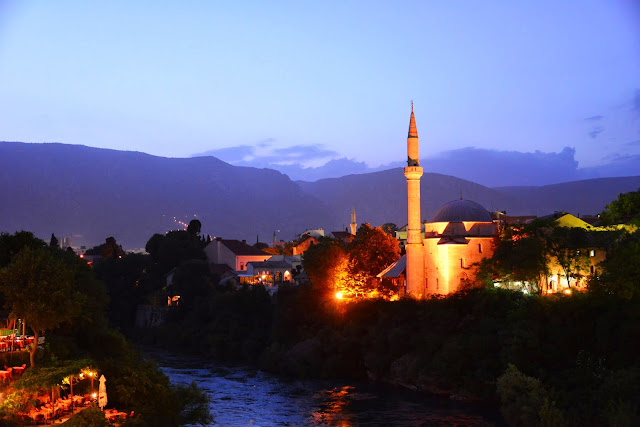 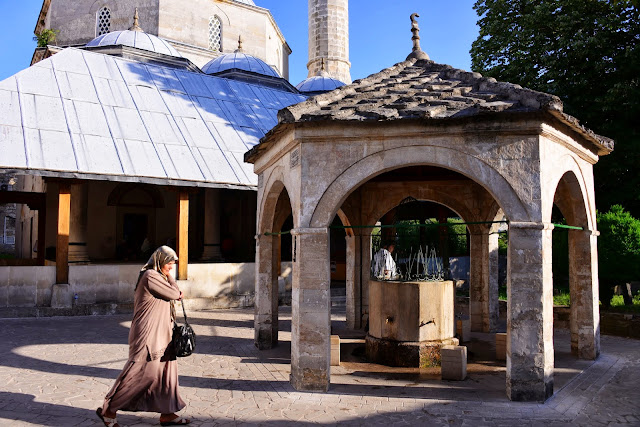 Inside the mosque, a Bosnian woman strolls by 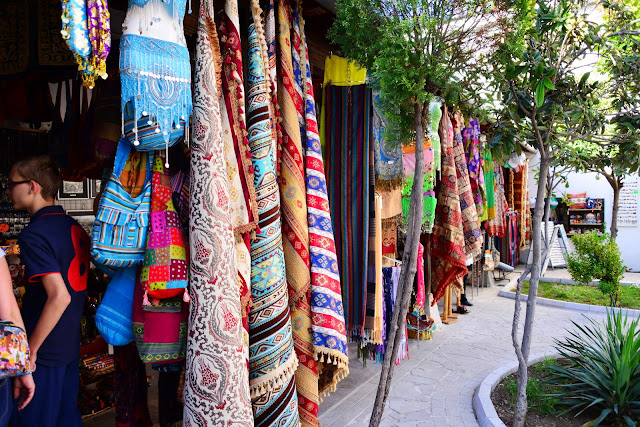 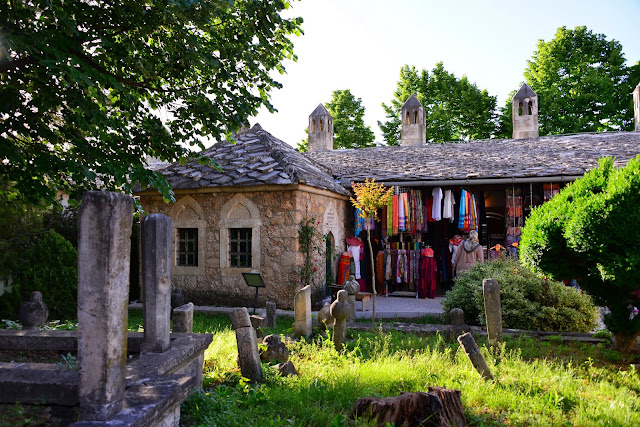 And an old graveyard 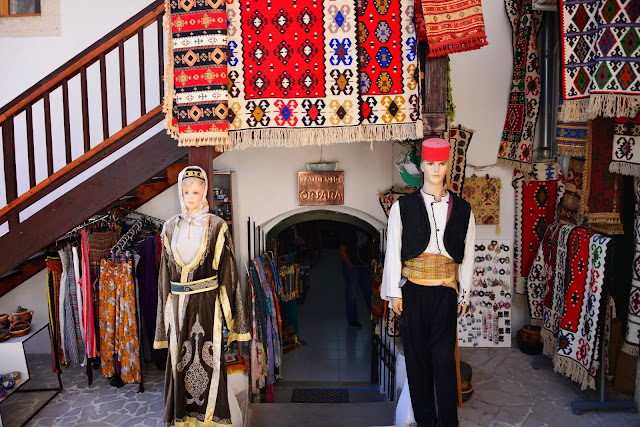 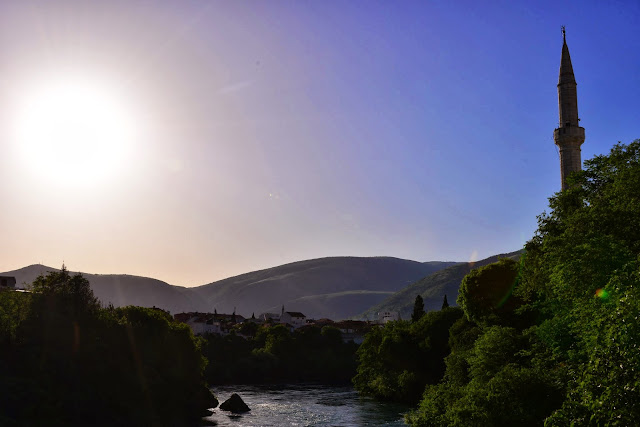 The minaret and the sun 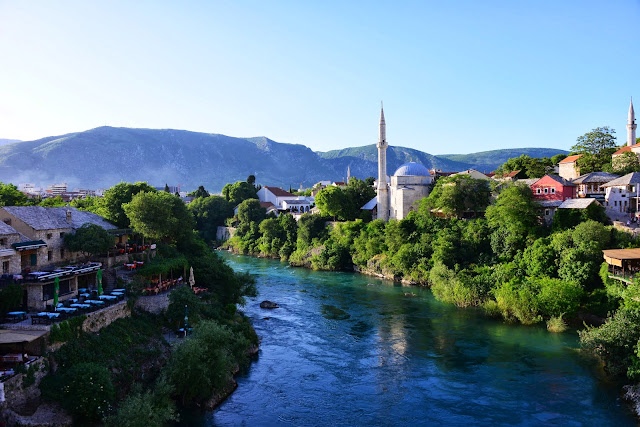 Daytime over the green river 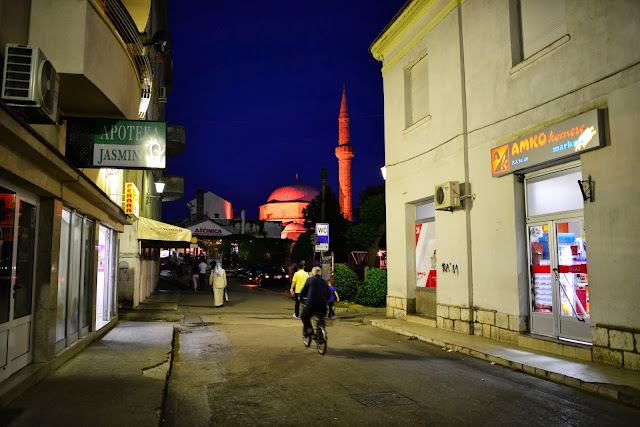 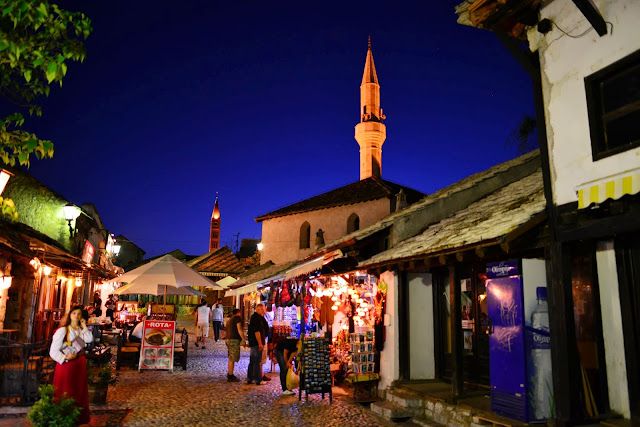 Looming over the market is another minaret that i am just noticing now is from a different mosque, but I don;t care - it makes the cut... 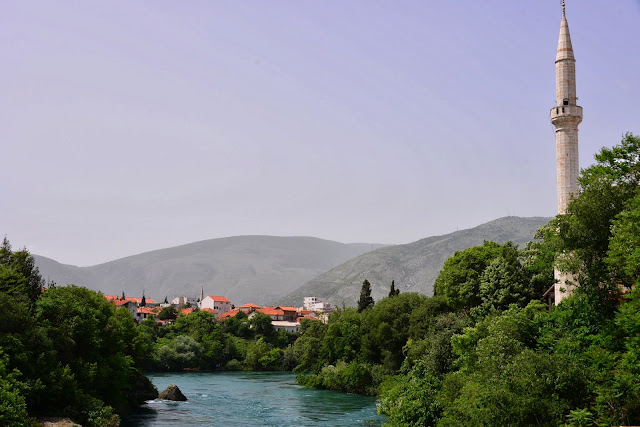 Posted by justindelaney at 3:00 PM

Email ThisBlogThis!Share to TwitterShare to FacebookShare to Pinterest
Labels: Bosnia and Hercegovina, Mostar