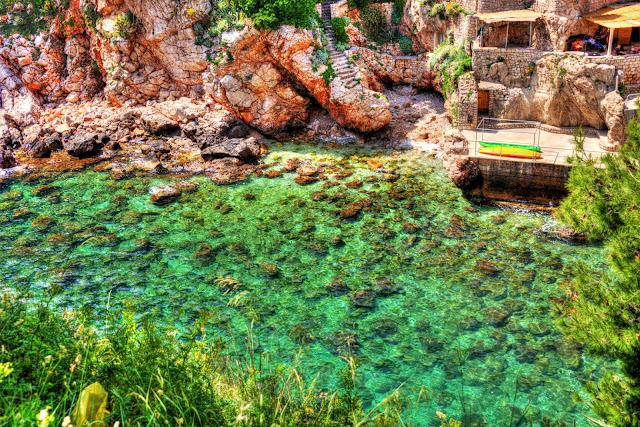 Just outside old Dubrovnik are small coves, beaches, and relative peace.  We found a small empty bar perched on the rocks, a Croatian boy and girl playing some kind of one on one water polo, and even accidentally stumbled into someones private courtyard house entrance.  In Dubrovnik, it is impossible to get lost,but you never really know where you are going.  That is what makes it so charming.

The charms of Dubrovnik do not end with the gorgeous old town.  This is a city built around water, so to the water we must go.  The cool Adriatic sea glimmers like a jewel up and down the coast.  Sometimes it is blue.  Sometimes it is green.  It is always beautiful. 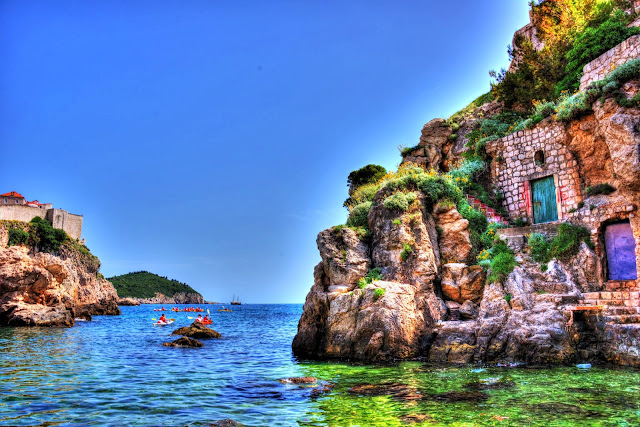 I saw a guy go into one of these doors.  Do you think someone lives there? 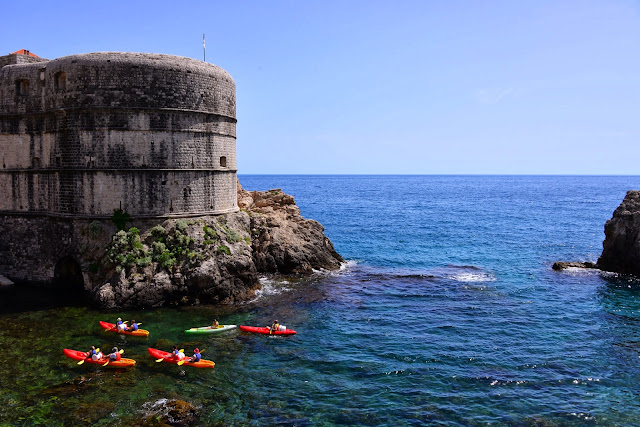 Kayakers leaving or returning.  That is the thing about kayakers - you can never tell if they are coming or going. 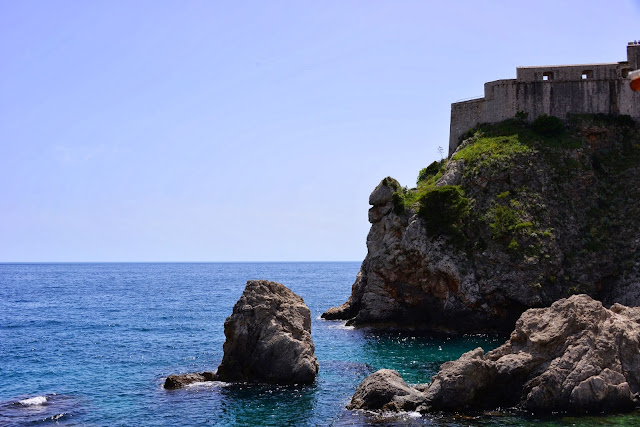 A fortress on a cliff 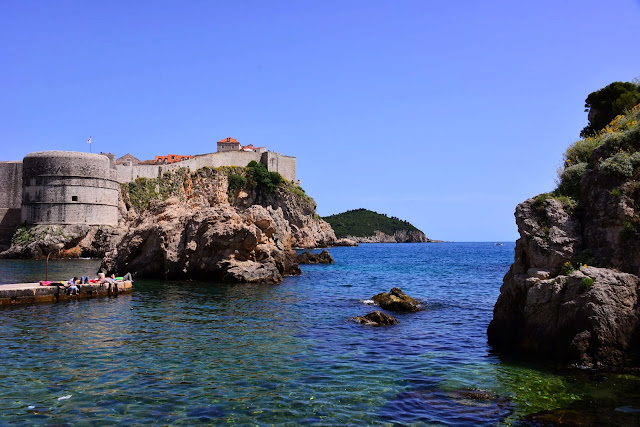 The bustle of old town at left.  The peace of nature just outside.  The city walls do not just keep stuff out, they hold stuff in. 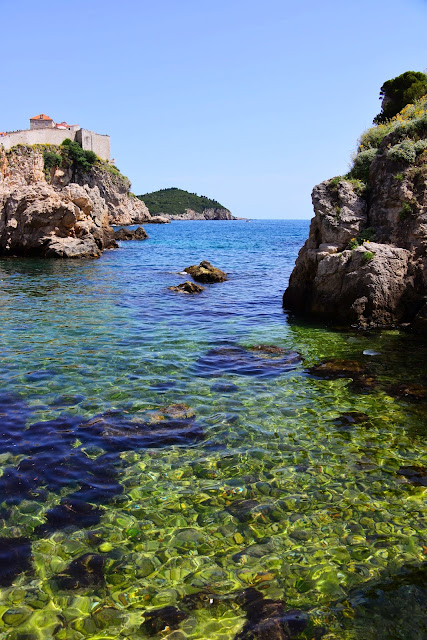 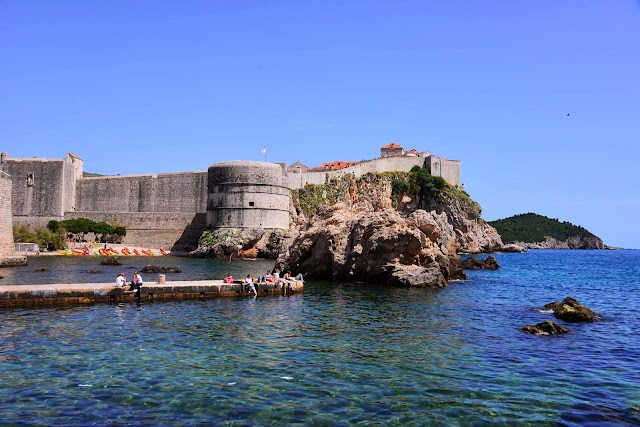 People lounge on a pier 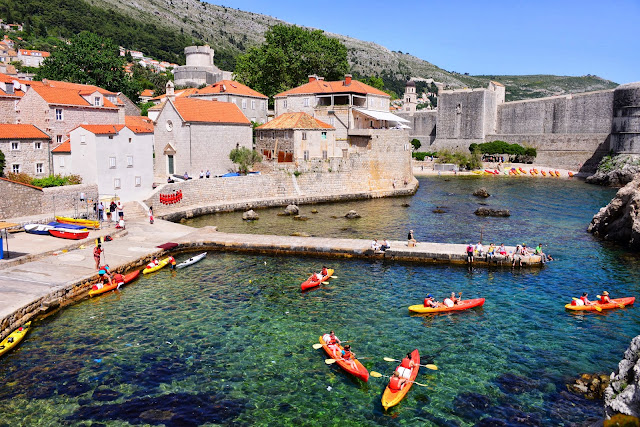 Pretty quiet and just outside the walls 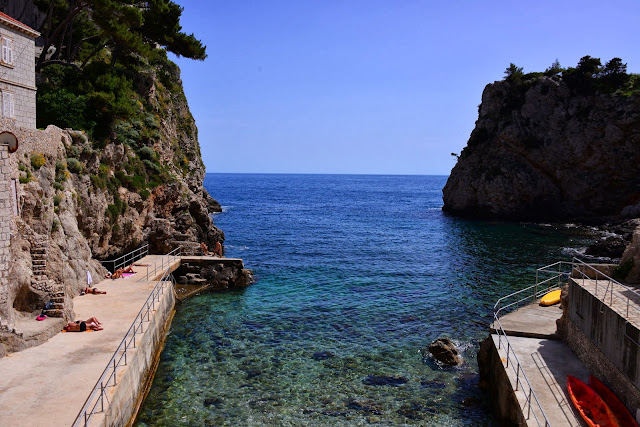 One cove over and it is even quieter.  This is about a 5 minute walk from Old town. 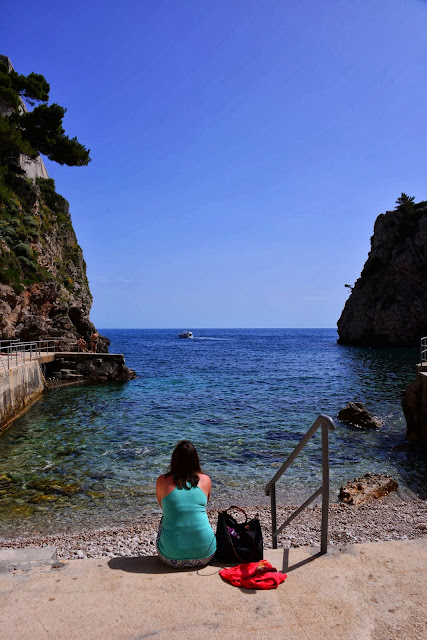 Kristin thinking about Lou.  She told me earlier today that she had a nightmare last night where we were getting bombed and so we all had to go into a stadium, except they would not allow Lou in, so they shot him.  Her dreams have become balkanized. 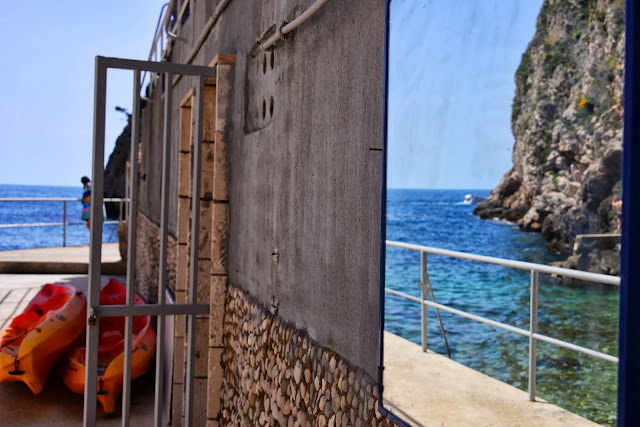 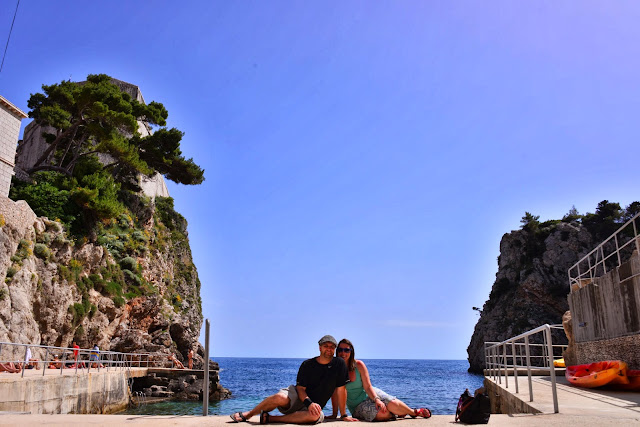 Kristin and I, posing like a couple of cheeseballs 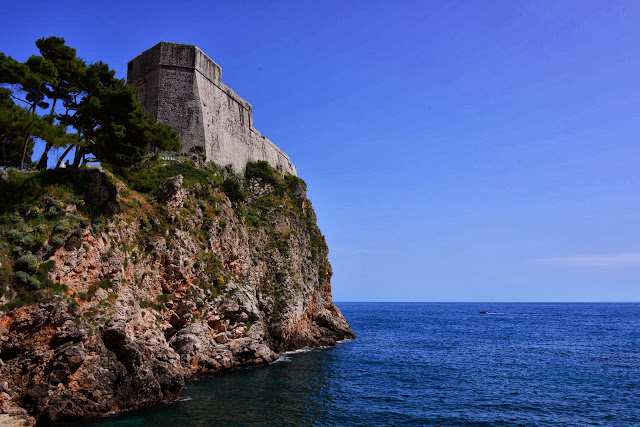 Fortress at the end of Croatia 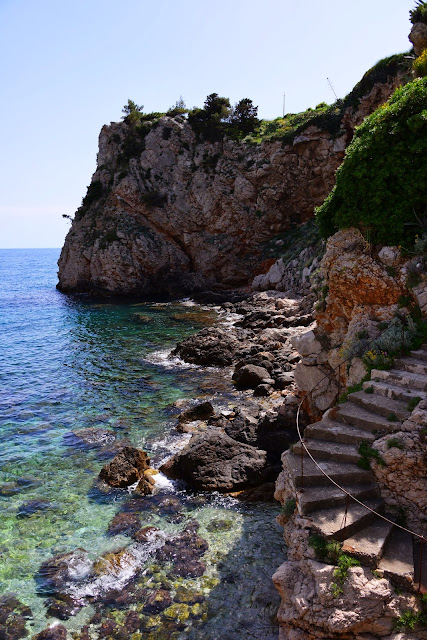 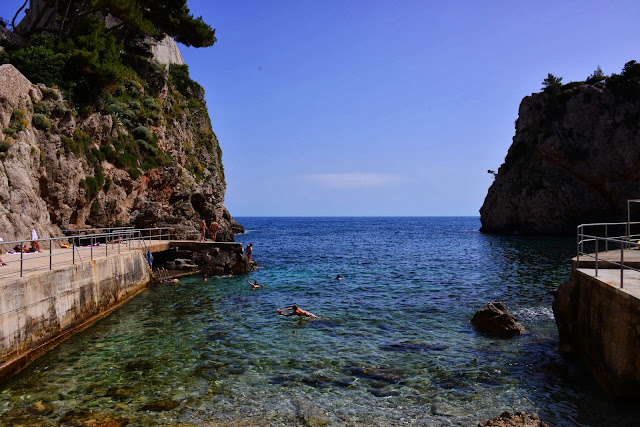 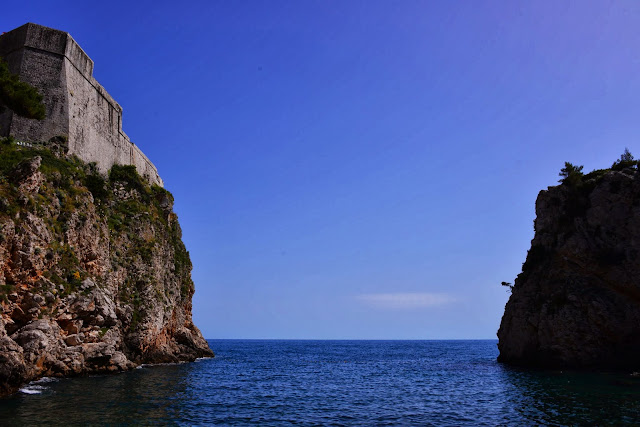 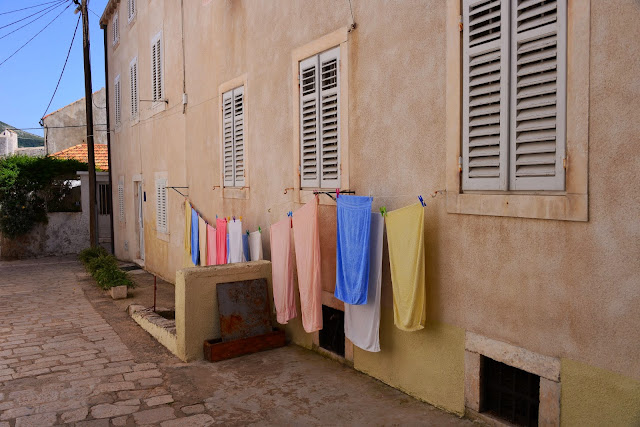 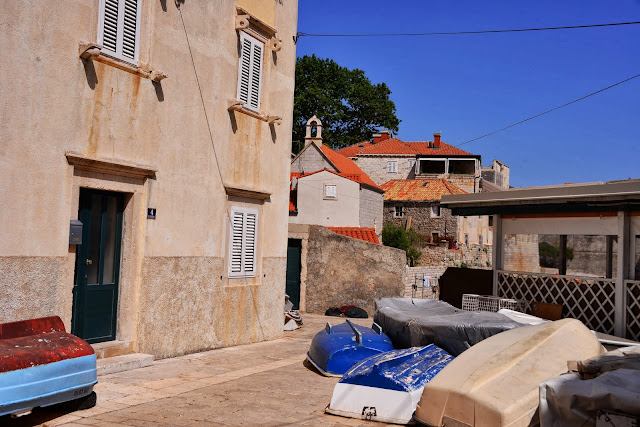 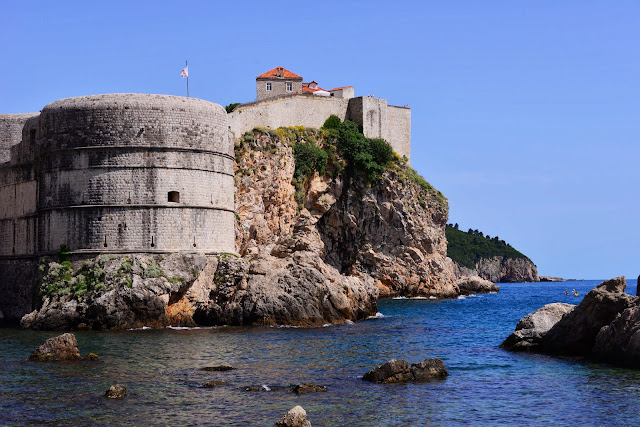 Posted by justindelaney at 1:00 PM