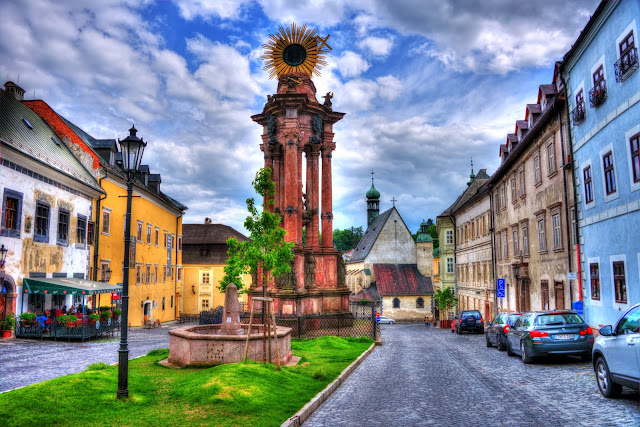 The past whispers of grandeur have faded on the streets of Banska Stiavnica.  Heavily mined since the 3rd century BC, the Slovakian town of was once a hotbed for innovation and mineral wealth.  A massive source of gold and silver for Europe in the middle ages, the mining town was home to  a number of firsts.  It was the first mine to use gunpowder and the town housed the first technical school in the world.  Today, the old town is mined out and exists simply as a perfectly preserved medieval town, left as it was in its heyday.

Granted Unesco status in the early 90's, the old city square surrounds a gigantic plague column that looks like a strange art deco version of the eye of Sauron.  So what to do in such a place?  Wander.  Aimlessly.

We loved exploring this strange town and its surroundings, and, we had some bad pizza while watching 30 seconds to Mars videos in a little pastry/pizza shop. 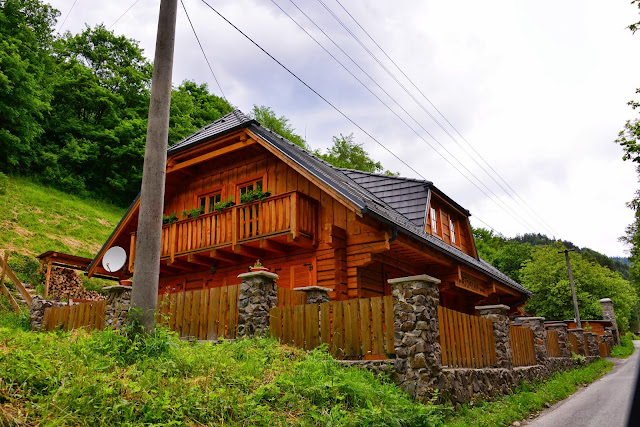 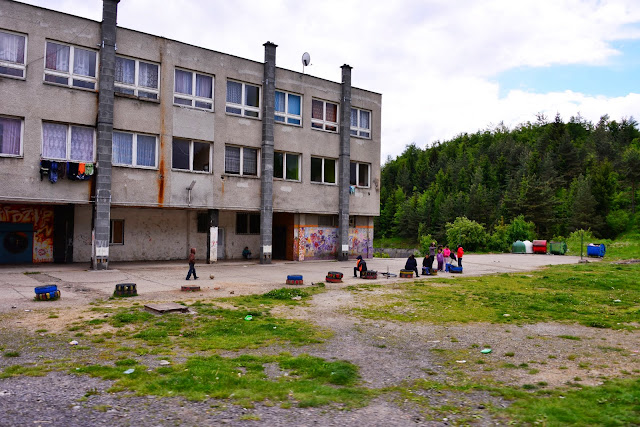 Some kind of weird settlement on the outskirts of town 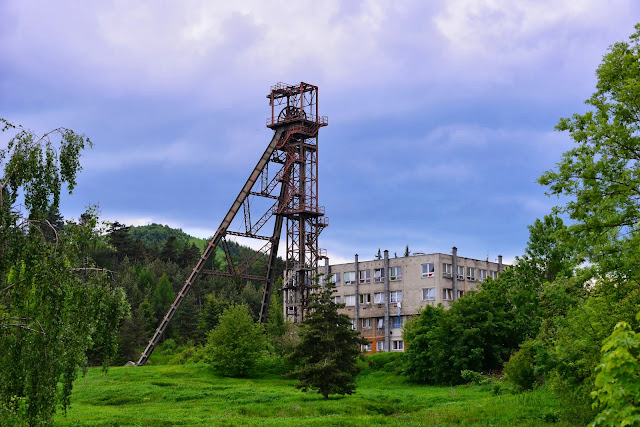 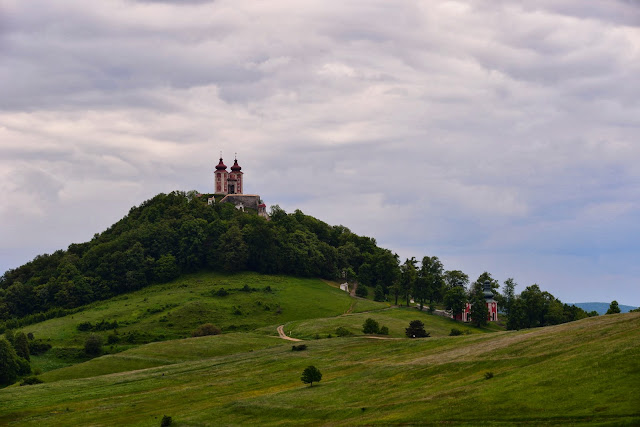 Castle on top of the hill 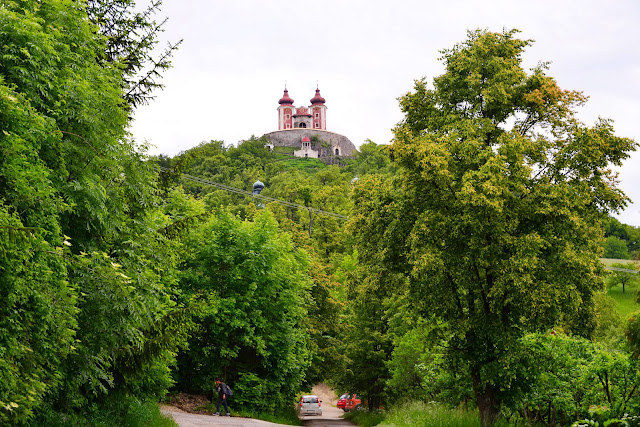 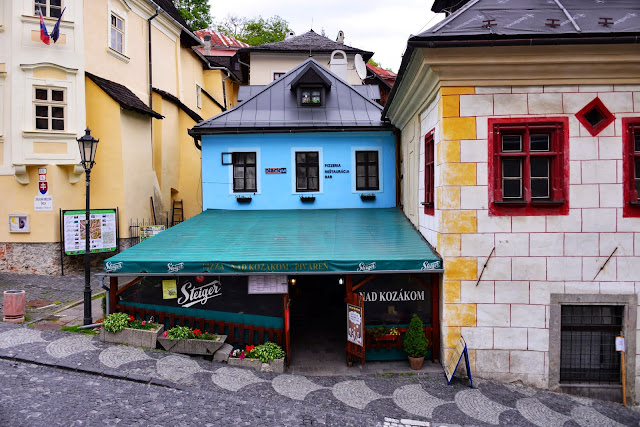 Some sort of owl 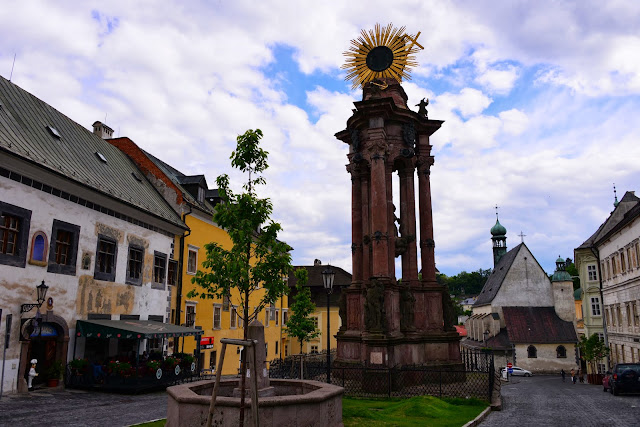 Plague column in the middle of old town square 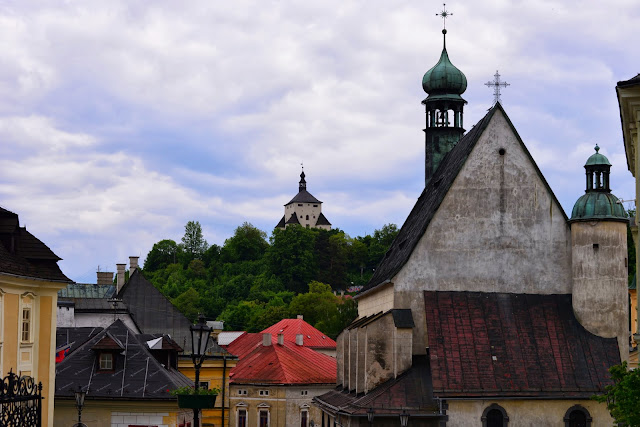 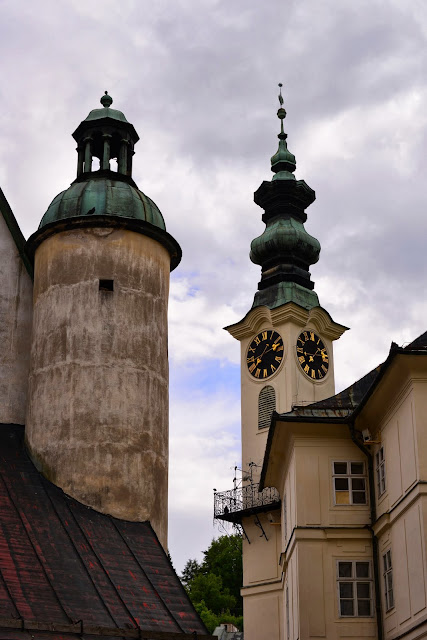 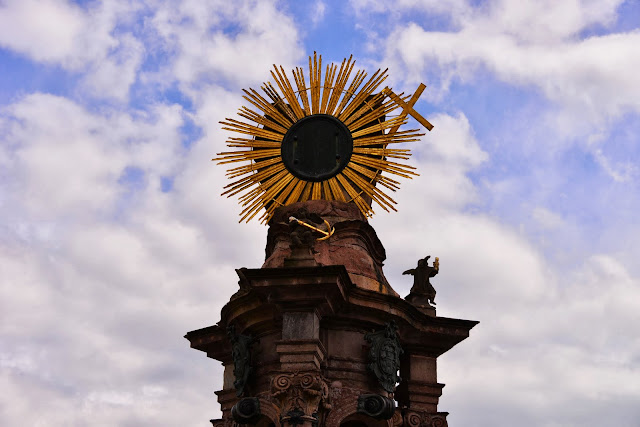 Some kind of sun 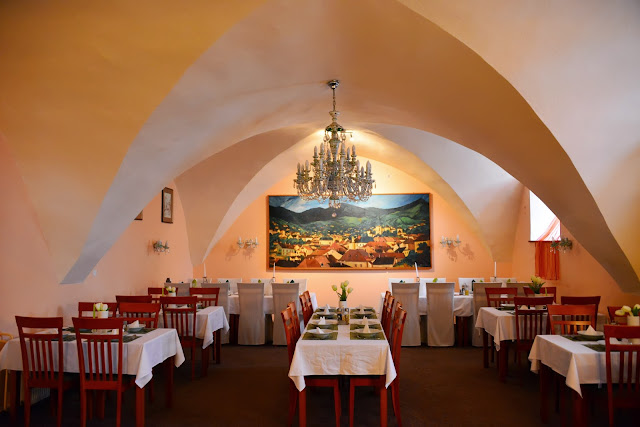 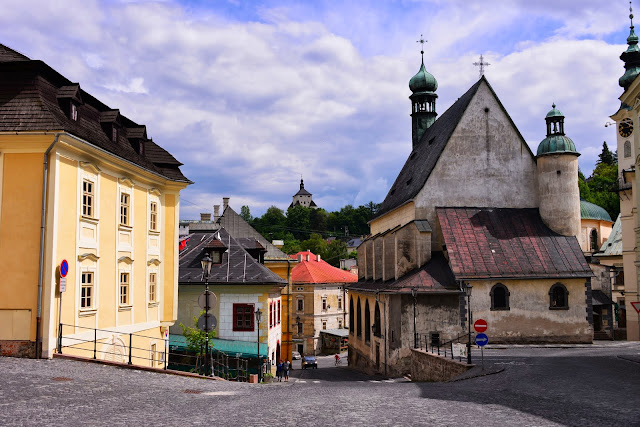 Castle in the background on a hill 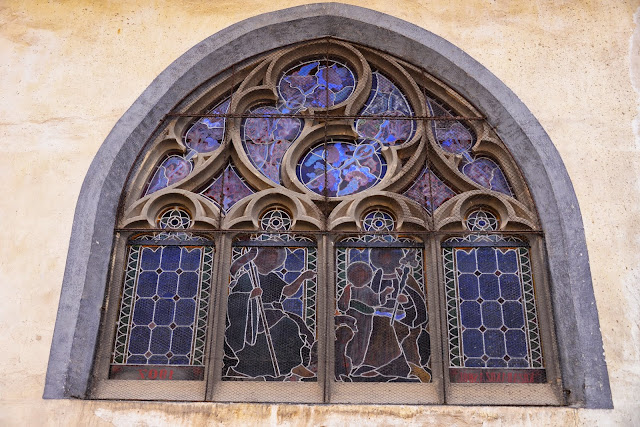 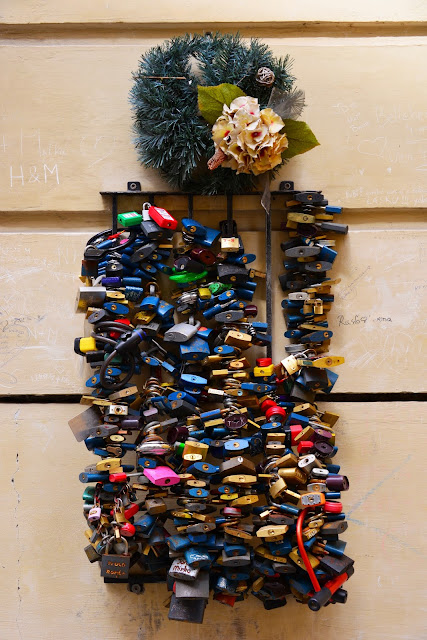 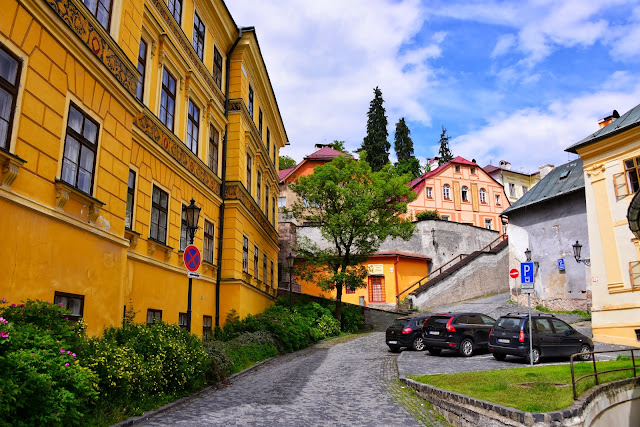 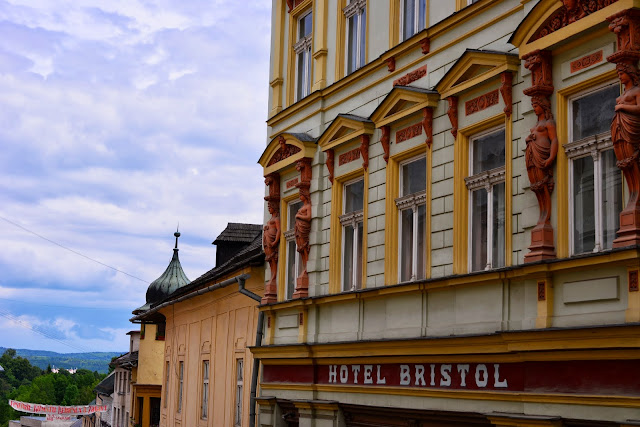 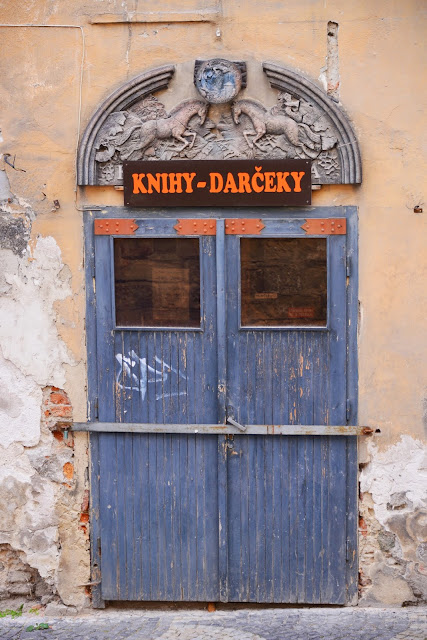 Love the relief over the door 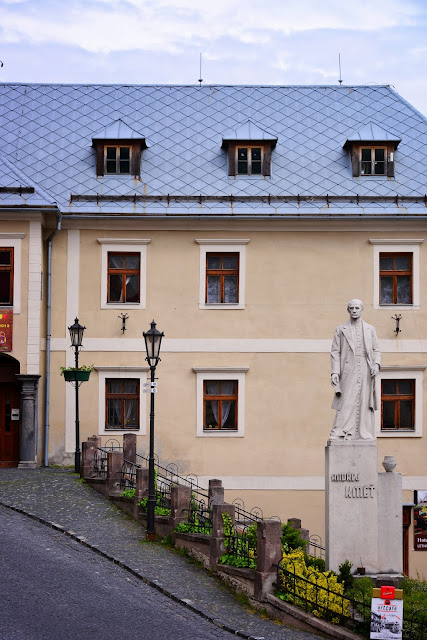 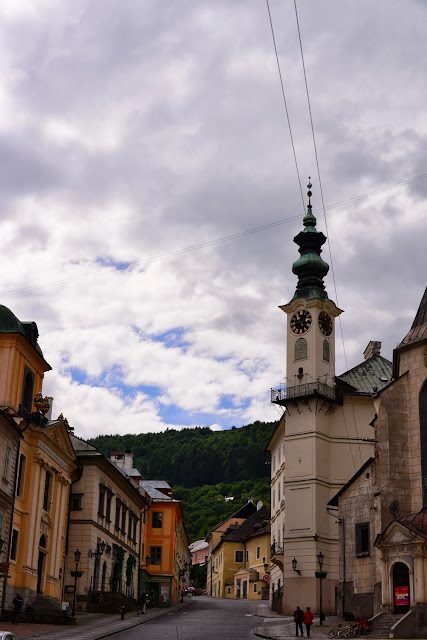 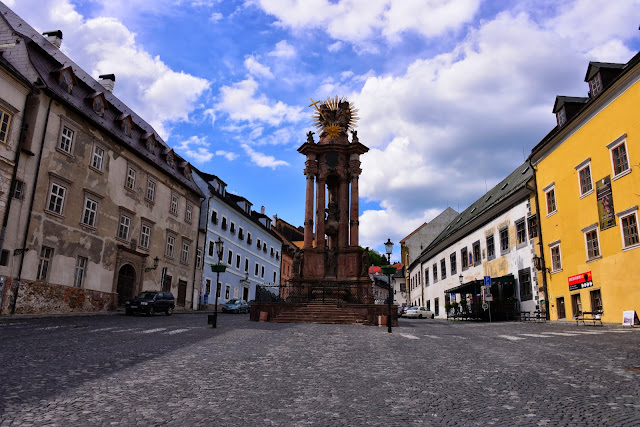 The other side of the plague column 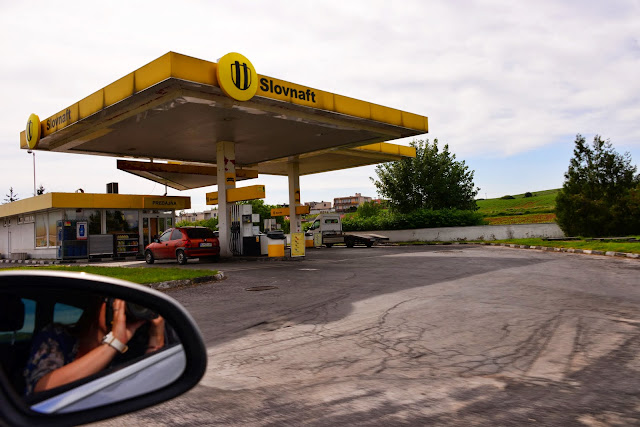 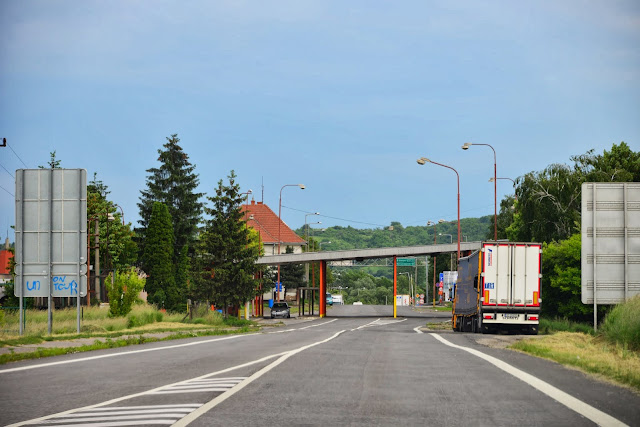 The old border
Posted by justindelaney at 8:00 AM