The story of Sveti Stefan 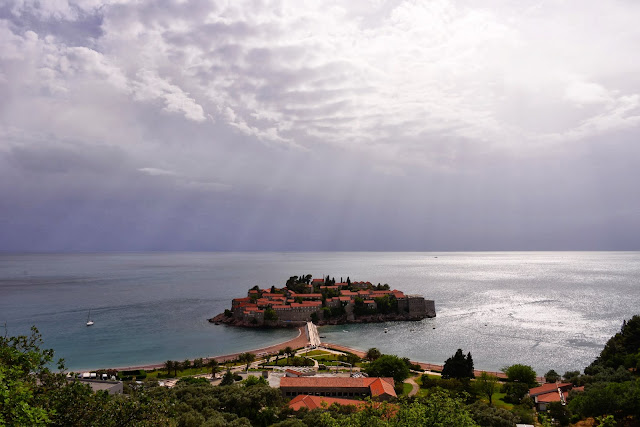 Beginning as a Muslim fishing village in the 15th century known as Divic, Sveti Stefan has undergone a series of peculiar makeovers in the last 500 years.  It was built to defend against invaders, similar to Dubrovnik.  It housed Adriatic pirates for a number of years, while also protecting against them.


The population boomed to just under 500 until the 1950's or 1960's when the Yugoslav government decided to completely re-purpose the island.  They "moved" the residents to nearby Budva and transformed the old fishing village. Tito and his cronies turned Sveti Stefan into the world's top luxury resort, and attracted a guest list that included stars such as Kurt Douglas, Sophia Lauren, and Sly Stallone.  Bobby Fischer even played chess there.  It was a place to be seen apparently.

When Yugoslavia splintered and Montenegro broke off as an independent nation, the resort fell apart.  Montenegro could not afford to keep it up and run it, so they auctioned off a 30 year lease.  A Singapore based luxury resort firm obtained a 30 year lease of Sveti Stefan and reopened it in 2009.  Its costs like 1000 euros per night.  If you really want in but don't want to stay the night, then dinner reservations can get you in the door.

We just observed it from afar. 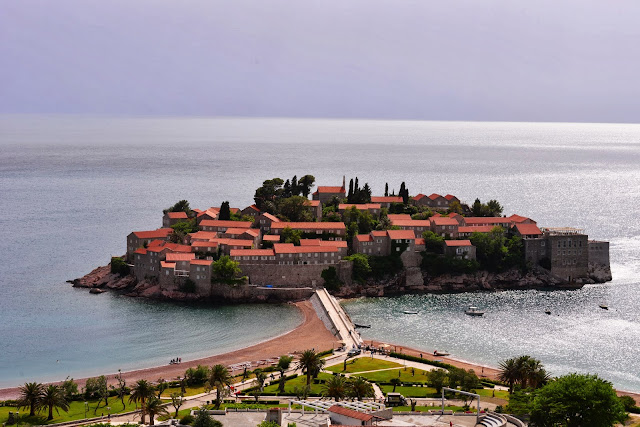 I wonder how comfortable the beds are. 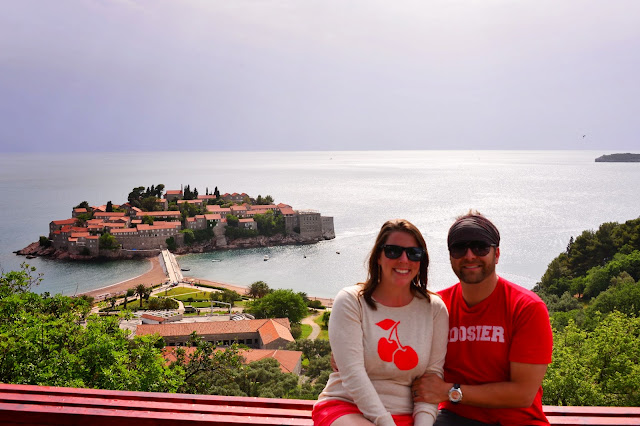 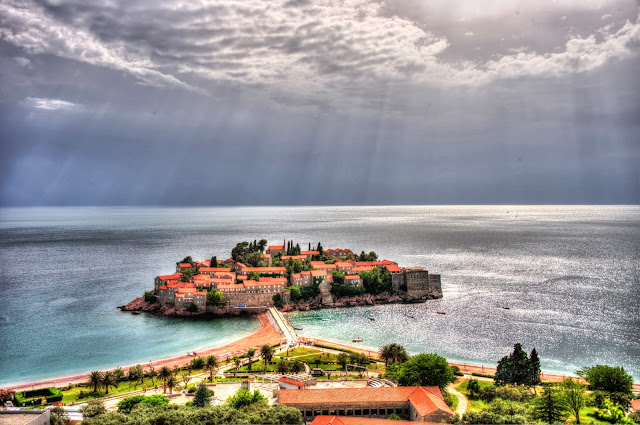 Rays just barely peaking out. I guarantee the result is crawling with Russians.
Posted by justindelaney at 11:00 AM

Email ThisBlogThis!Share to TwitterShare to FacebookShare to Pinterest
Labels: Montenegro