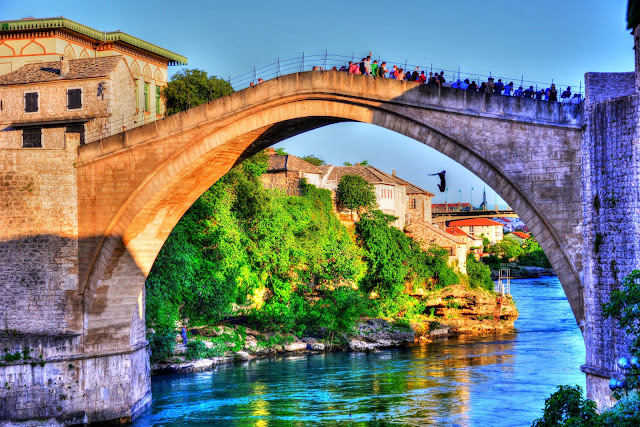 Diving off of Mostar's famous bridge is not for the faint at heart.  At almost 80 feet tall, it is about as extreme as pouring red bulls in your eyes while riding shotgun in Sebastien Loeb's WRC Citroen.  It is a long fall into the rushing emerald river below, and yet Mostar's divers make the jump daily.

One of the best things about traveling is when you run into amazing people doing amazing things.  Theses divers fulfill that daringly romantic side of travel.  When they jump, the people of Mostar watch, and have been watching for hundreds of years.

The divers make a huge drama prior to jumping.  They will come out, take donations, act as though they are about to make the plunge, and then disappear into their strange dive castle.  They will return in different gear, tip toe the edges of the bridge over 75 feet up, stretch out over the bridge, cock their head from side to side while ignoring the masses huddled waiting for a plunge, and maybe head back again, to check email or eat gelato.

I saw one guy make the trip back and forth numerous times before finally emerging in a wet suit and hurling himself over the edge (above). 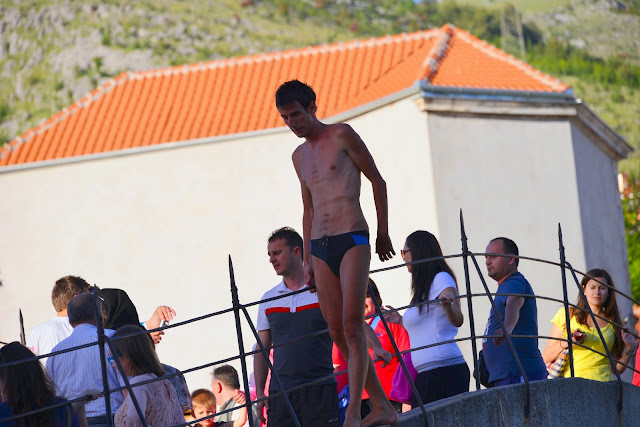 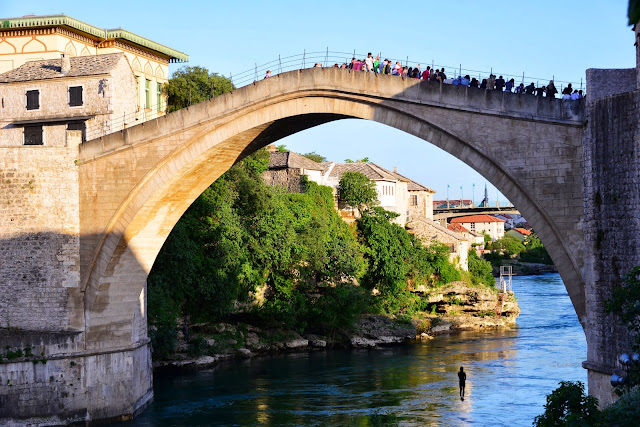 I do not know why they jump, and I do not care.  It is just one of those awesome things that you come across while traveling.   The first divers were recorded in 1664 by a very old school travel writer named Celebi, who left a record saying that the brave children of Mostar would jump into the cold green water of Neretva.  The bridge has since been destroyed and rebuilt using Ottoman methods, and the height remians the same.

Today, brave visitors are trained regularly by the divers for a cost of $25 to take the plunge.  Kristin saw a tourist make the jump, and the divers had to pull him from the river because the current was so strong.  To the Mostar Diving Club... 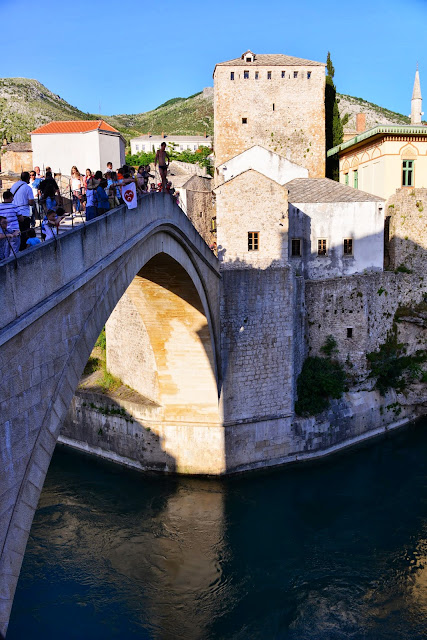 Waiting for the right moment to jump 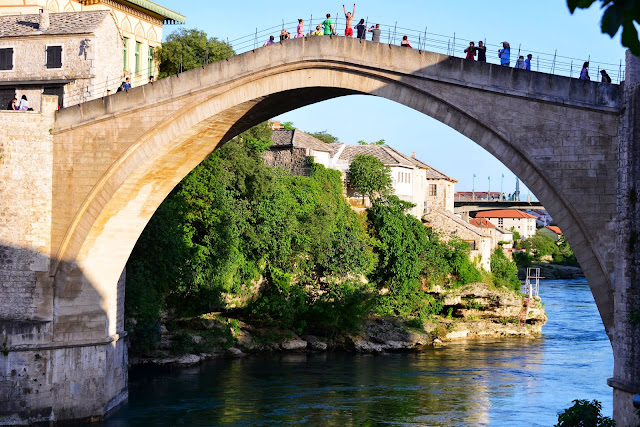 Firing up the crowd, and probably himself 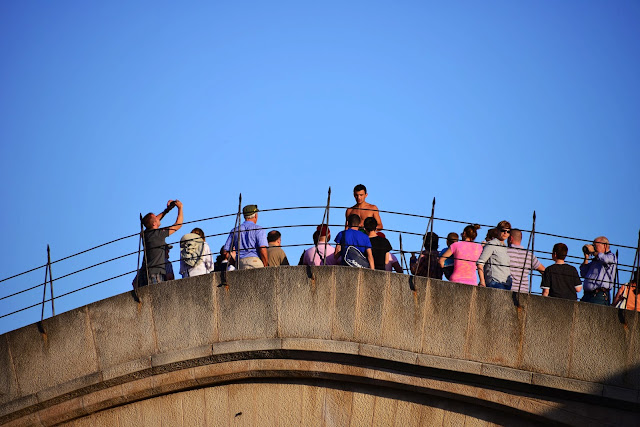 Just about ready to go
Posted by justindelaney at 3:11 PM

Email ThisBlogThis!Share to TwitterShare to FacebookShare to Pinterest
Labels: Bosnia and Hercegovina, Mostar