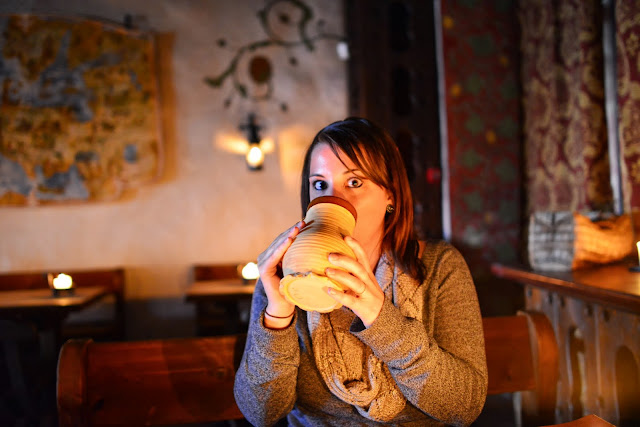 I know I will regret not ordering the bear.  I already do.  How often is bear on the menu?  Especially with the explanation, "Marinated in rare spices and cooked over a fire, in honour of Waldemar II, the brave King of Denmark."

Kristin and I stumbled upon this weird Medieval restaurant in Tallinn.  The Chefs are historians and have created a menu consistent with Medieval cuisine.  It was a strange menu, some of my favorite quotes were "A generous share of the finest Elk filet, in honour and glory of the noble Master of the Order" and "Himalayan Lamb dish with warming spices - Mountain people style." 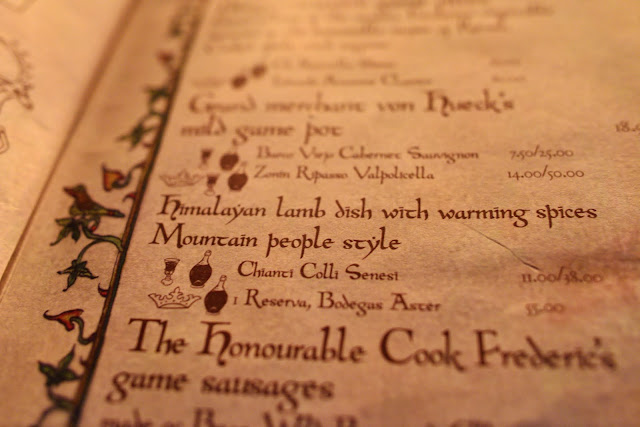 The restaurant was barely lit with small candles in metal coarse holders, and we sat in the darkest reaches, so that we may indulge in private.  Our server, who looked like our good friend Amy Z's little sister, was an 18 year old Estonian and refused to take our orders as we placed them.  Kristin ordered dark beer with herbs, but the young Estonian insisted on a clay tankard of honey beer.  I ordered some weird chicken dish, and she steered me towards the Venice duck with onion jam, spelt, ginger turnips, sauerkraut, and saffron sauce.  Kristin had some wild forest mushroom soup with a salad of meats.  After trying to order something else.  The meals were served with thick and hearty nut bread and some kind of cheese spread.  Total budget buster.  The menu included bear, boar, elk, and a number of other gamey meats.

But it could have been worse.  I could have dropped 55 euros on a bear filet, maybe next time we are in Estonia.  I have a feeling we will be back.  It is a great place with great people. 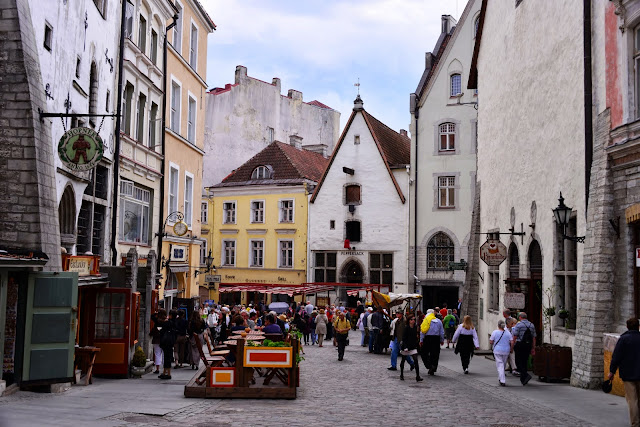 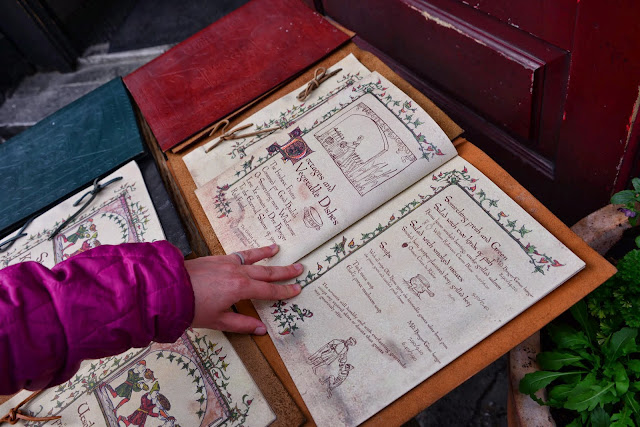 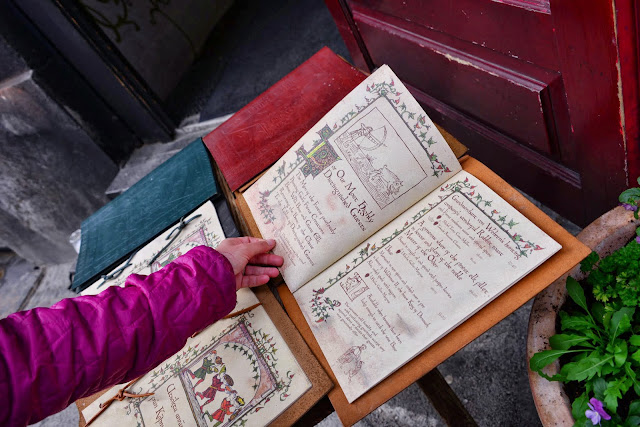 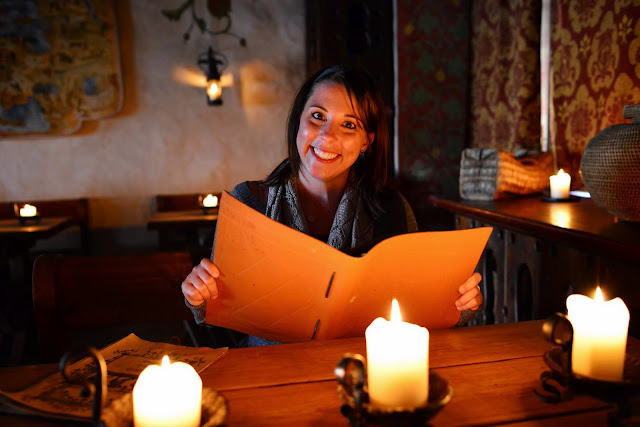 Kristin trying to decide between dishes by candle.  It was seriously pitch black in here.  I don't know where my camera found all this light... 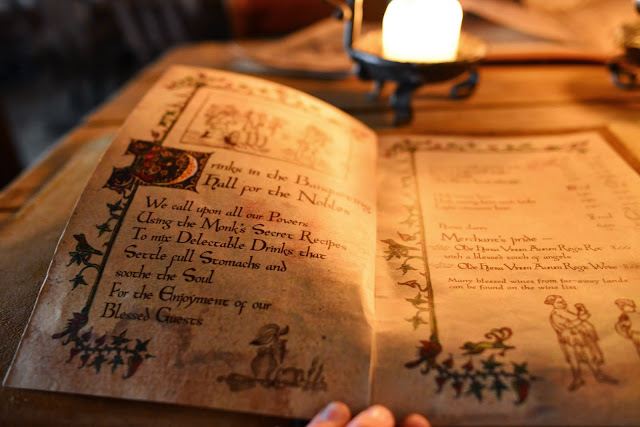 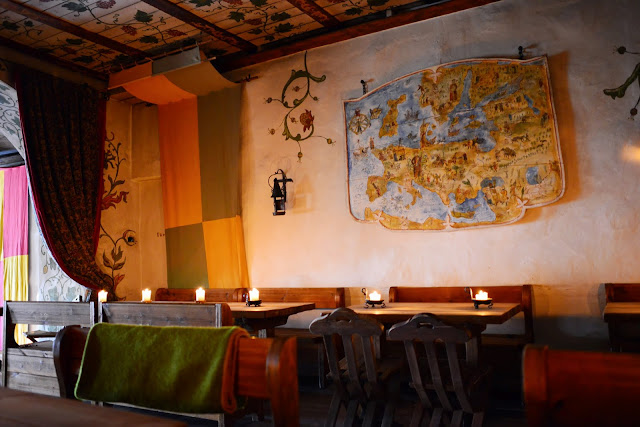 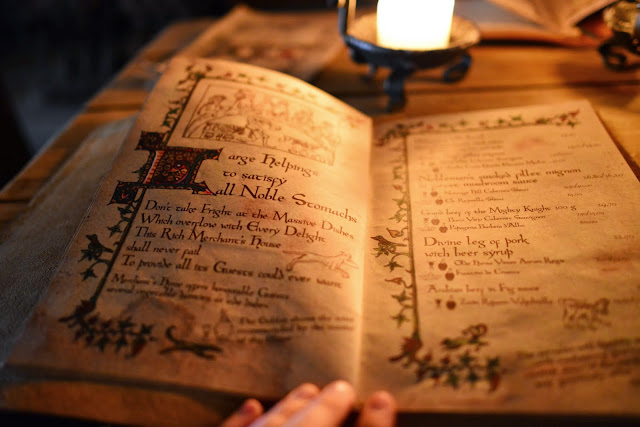 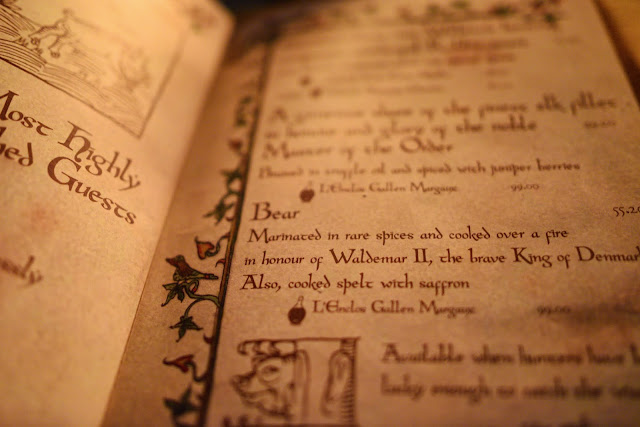 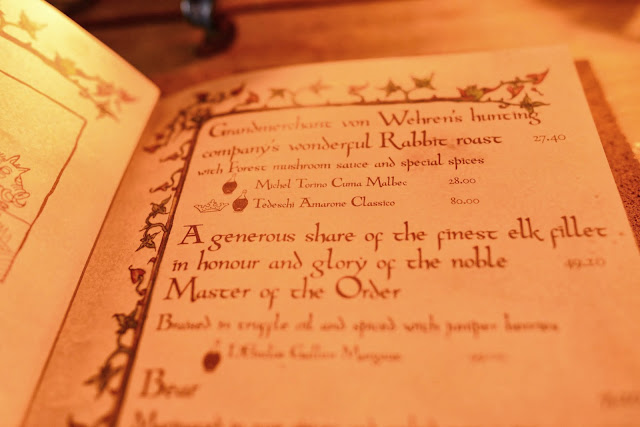 Almost ordered this to see what mountain people style even meant

Kristin with her beer tankard 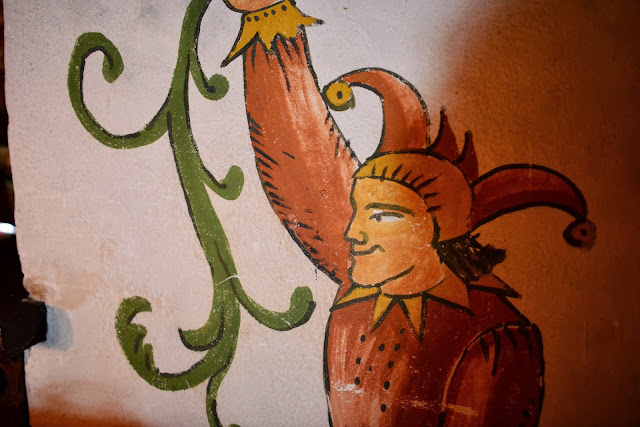 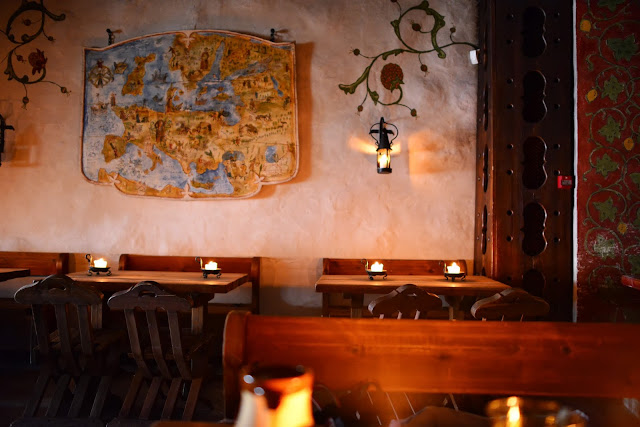 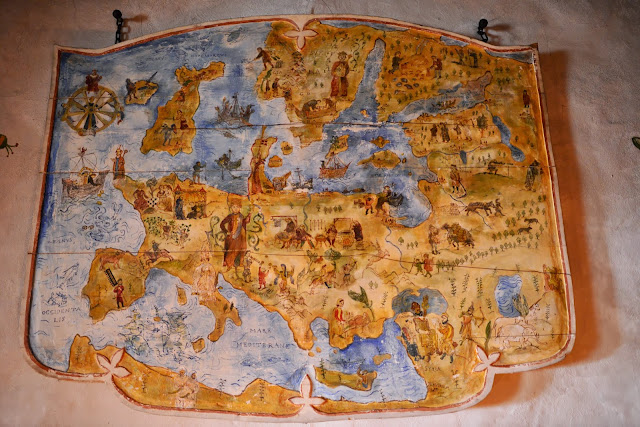 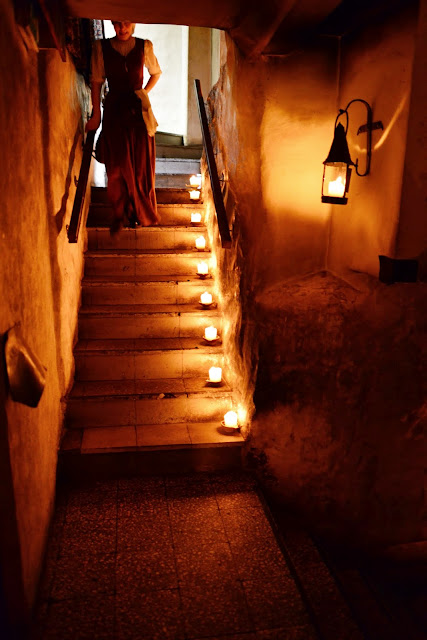 The stairs to the disappointingly normal looking restroom 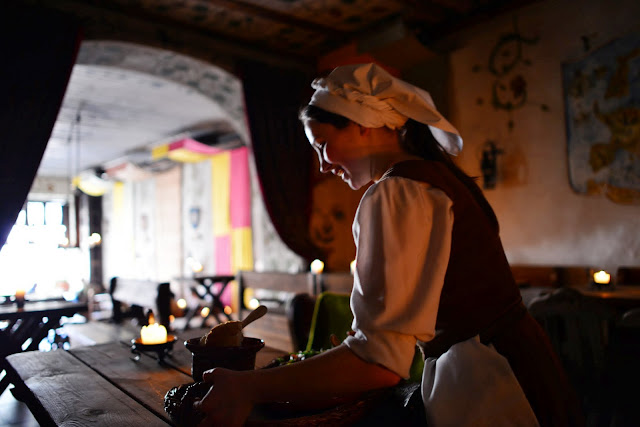 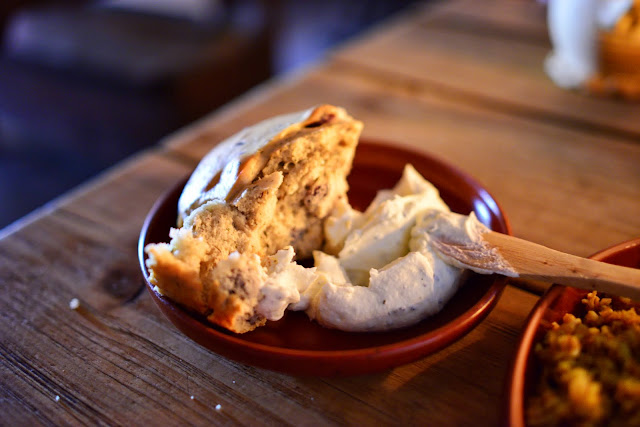 Bread and some kind of spread 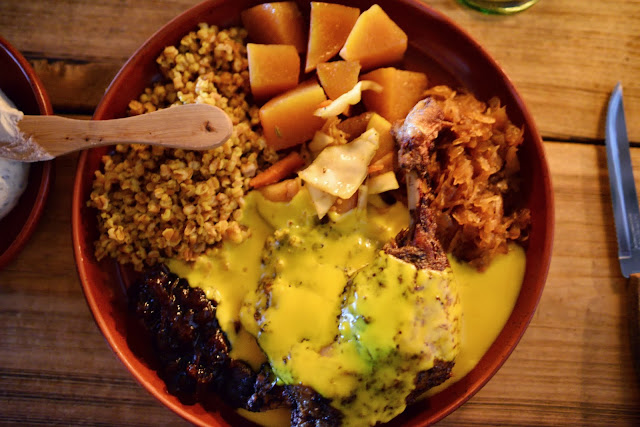 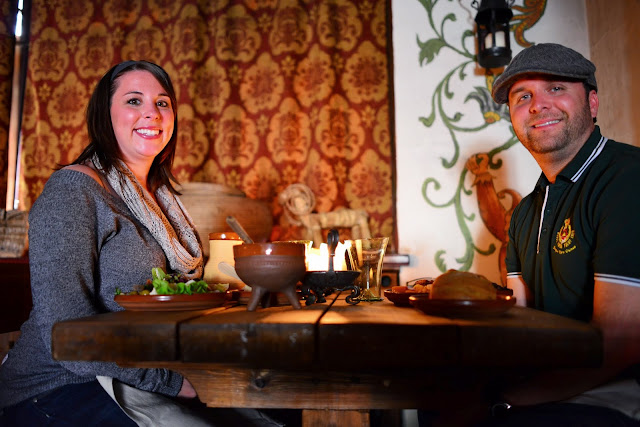 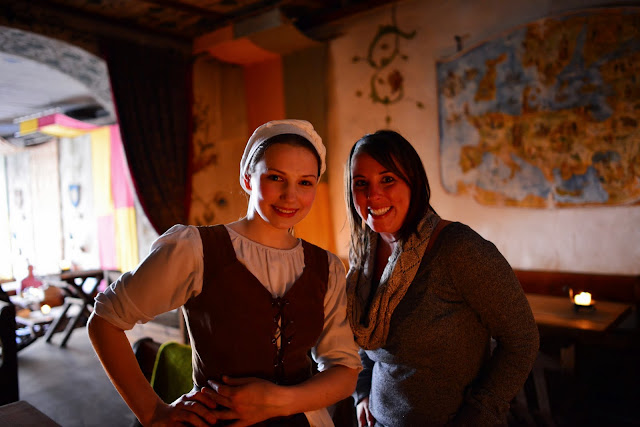 Kristin and her buddy, when she brought our wares she said, "Here are your weapons"
Posted by justindelaney at 12:57 PM