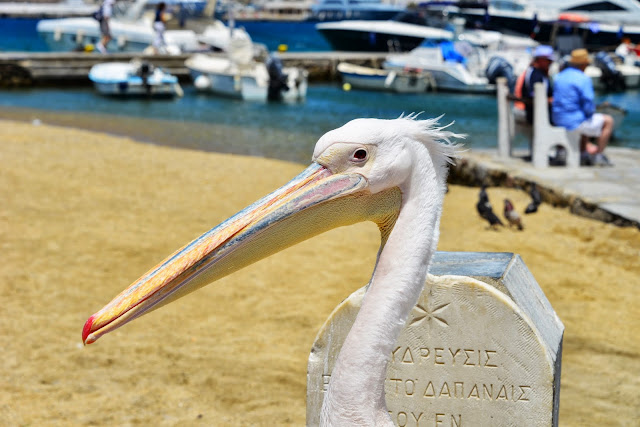 In 1958, an injured pelican was nursed back to health by a fisherman on Mykonos.  The locals named him Petros and he was a town favorite and a symbol of Mykonos.  He was sadly hit by a car in 1985 and died.

Three new pelicans took residence on the island, a male and two females.  They named the male Petros in honor of the original and he is found around the harbor in old town daily, strutting his stuff, menacing tourists, and stealing fish.

We never saw the females but did ID the big fella by his long hair in the back of his head, which someone had humorously drawn for us days before.  We actually searched for him for about three days and never found him. We stumbled upon him sleeping behind an old building and later that day saw him showing off. 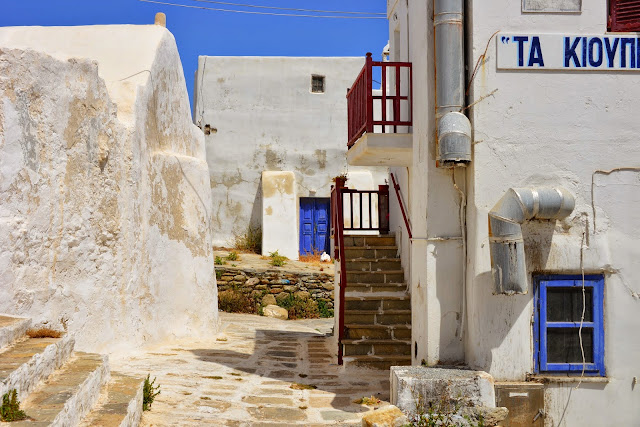 From afar we saw some kind of large white creature, can you find him? 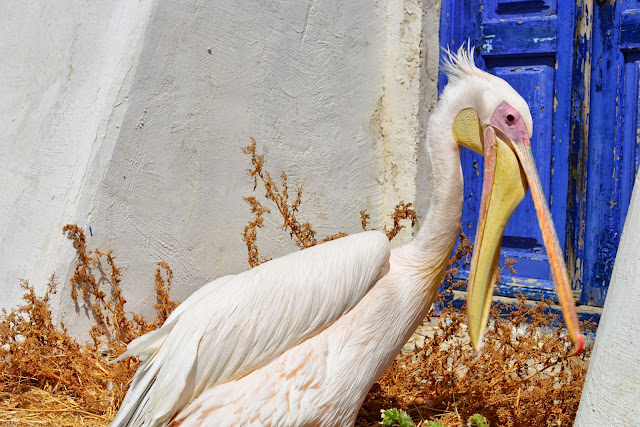 he was not thrilled we located his hiding spot 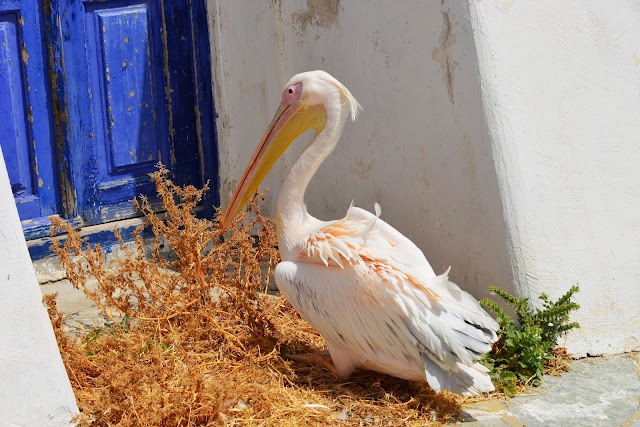 he would not even look us in the eyes 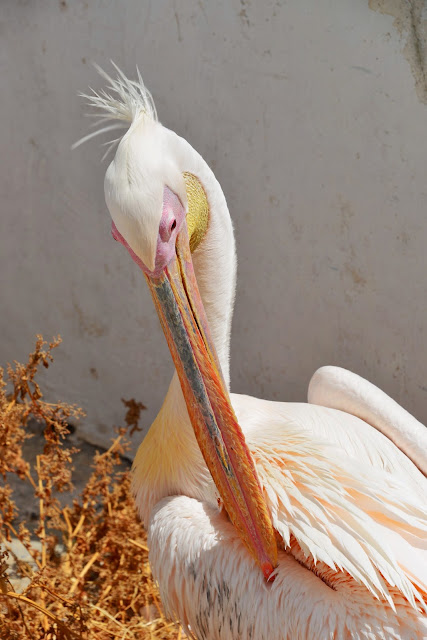 he did some light grooming and went back to sleep 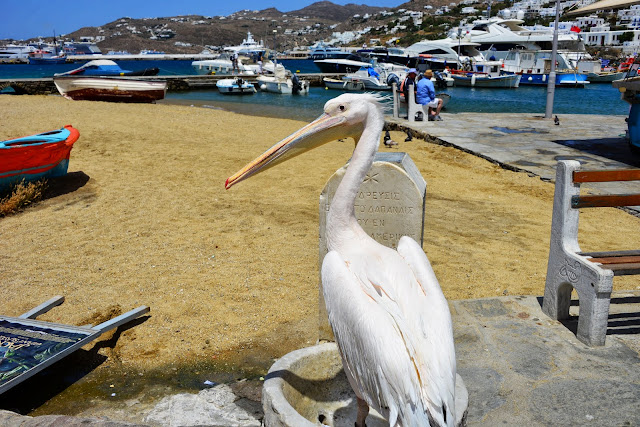 A few hours later we found him on this perch 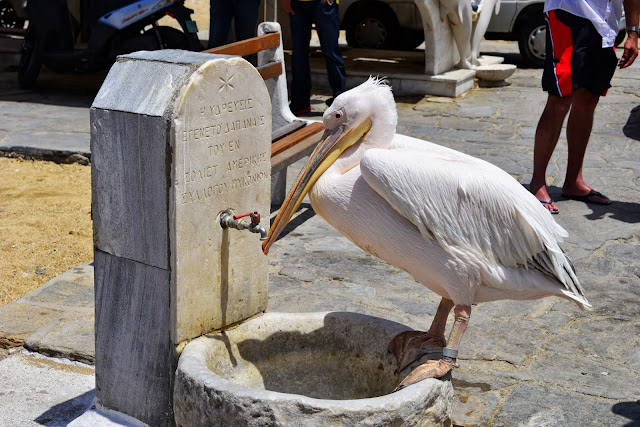 he is really a massive bird 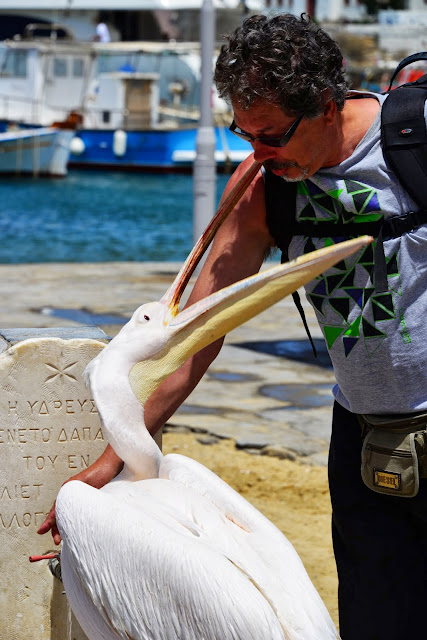 He went after this guy for getting too close
Posted by justindelaney at 4:00 PM