Stars over Santorini on a hot night in 2013 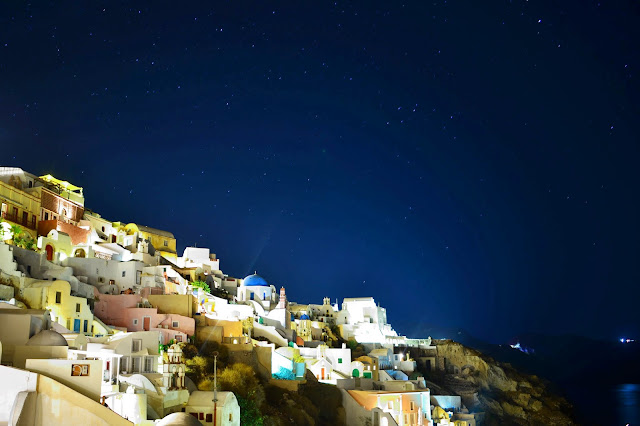 On a clear Santorini night, the stars light up the sky.  Kristin and I checked into our room, left, and came back around 10:30pm to find that our cave house was sweltering and our AC did not work.  It is not a traditional hotel, so we had no idea what to do, other than sleep in a warm cave and deal with it in the morning.

This was all before two things happened - we got lucky and then we met Rado.

First, we just happened to run into the girl who checked us in earlier.  We are staying in Oia, and it is a very small town, but this was serendipitous nonetheless.  We were like, "Dude, you told us you were going to fix our aircon, what happened?"

She called "the boy" which is slang for luggage handler, which in actuality is a 28 year old Romanian who lugs luggage up and down the steps of Oia 7 days a week.  He came to our room, stared at our unit for 20 minutes texted some people, and eventually told us it was not going to work.

At this point, we demanded to speak with the manager, but no one knew the managers phone number.  In fact, only one person we spoke with even saw the manager during our stay, and they assured us that the manager was probably on drugs.

Anyways, failed aircon, we head back to some kind of tourism embassy, and they get on the phone and make the call.  They wake up Rado at 11pm to clean up the mess.

After about 10 minutes, a man storms in, slams a pack of cigs on the counter and asks the pudgy Taiwanese-Greek for keys.  He flips around from the counter, somehow with his hands still planted and glares at us. "How cold do you want it, 18, 20?"

We just stare back.

We speedwalk to our cave house with both Romanians, who at this point we are still assuming are just Greeks.  We get to our room and the squeals of Asian newlyweds, just a few houses over and several rows up, oblivious to the concert hall like acoustics of Oia, echo across the caldera.  Rado looks at us and opens up a bit.  "This is not love.  It sounds like she is being murdered."

He is also unable to fix the aircon.  He calls someone, and tells them we are staying in another room.

We spend the next couple hours on the porch under the Santorini stars, drinking dry white wine and listening to Rado wax poetic on the attributes of the Romanian workforce and other matters.  We learn that all of the hired help in Oia is Romanian, which is odd since Greece is around 27% unempolyment.  The Greeks don't want the hard work he tells us.

The next day he fixes our aircon. 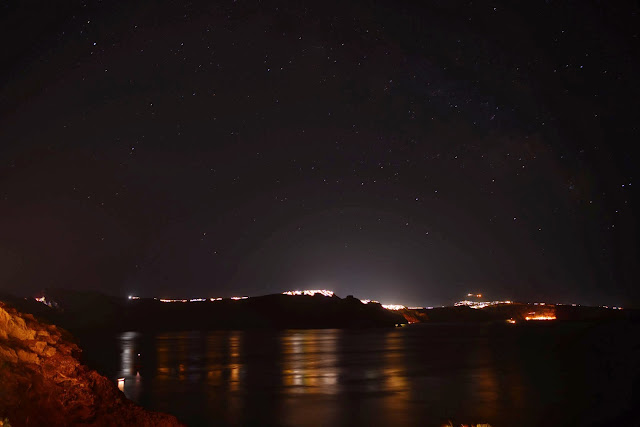 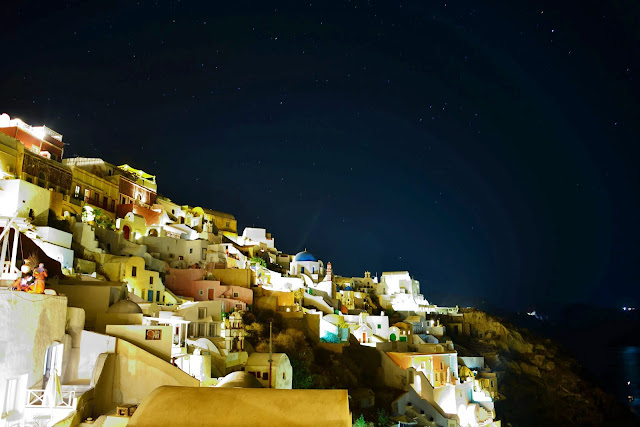 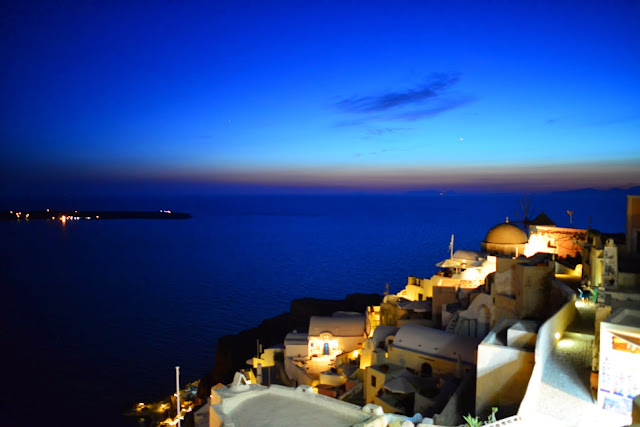 The other direction
Posted by justindelaney at 5:01 PM